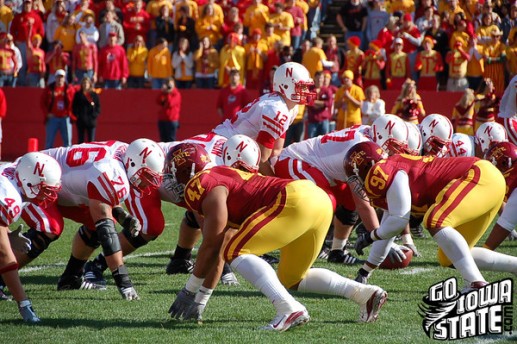 Here’s a look at my Big 12 Power Poll after yesterday’s games. Like last week, this thing is a total mess and I’m not afraid to admit it. Feel free to post yours.

1 – Texas – This is the easy part about this week’s poll. The Longhorns made a statement in their 41-14 win over Oklahoma State. That statement is that they’re a national championship contender. The Cowboys were never a factor in this football game.

2 – Oklahoma – The Sooners struggled at home with Kansas State but ended up with a 42-30 victory. It seems like Oklahoma’s offense is starting to come around. I was a little bit thrown off by their defensive performance on Saturday but nonetheless, I really feel like they’re the second best team in the league.

3 – Oklahoma State – It’s hard putting a team that looked like OSU did on Saturday at number three in this week’s poll but who else deserves to be here? 4 – Kansas State – Yeah…I know. I’m just as shocked writing this as you are reading it. Bill Snyder…the Wildcats…at number four? Yep. That was as impressive of a loss as I’ve seen in a long time in Norman on Saturday night. 5 – Texas A&M – The Aggies are on a roll. Texas A&M has blown out to opponents in a row in Texas Tech and Iowa State. It’s starting to look like Mike Sherman’s team will go bowling this year.

6 – Texas Tech – The Raiders collected a workmanlike victory over Kansas on Saturday.

7 – Nebraska – I know…I know. Iowa State beat the Huskers. But their defense continues to dominate opponents and by making a quarterback switch, optimism should be high in Lincoln. 8 – Kansas – The Jayhawks have lost three straight. It’s tough to put them ahead of Iowa State but they did beat the Cyclones and looked better in yesterday’s loss than our boys from Ames.

11 – Colorado – Iowa State should feel honored. Ames is one of the final stops on the Dan Hawkins, 2009 farewell tour.

Next Week’s Games Are…

Oklahoma State @ Iowa State – Big game for both teams coming off of losses.

Kansas @ Kansas State – The battle for bragging rights in the Sunflower State. Always a good time. This will turn out to be a crucial game in the battle for the North.

Oklahoma @ Nebraska – I doubt that many points will be scored in this one.

Central Florida @ Texas – Seriously? Texas A&M @ Colorado – The Aggies will continue to roll. The Buffs are catching this team at a bad time.

Baylor @ Missouri – Missouri can win their second league game in a row by beating up the Bears. 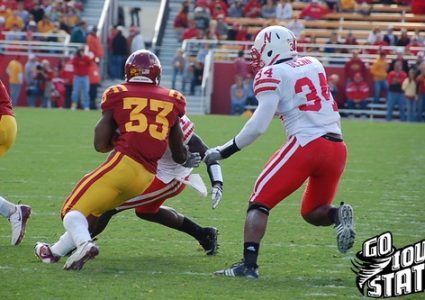