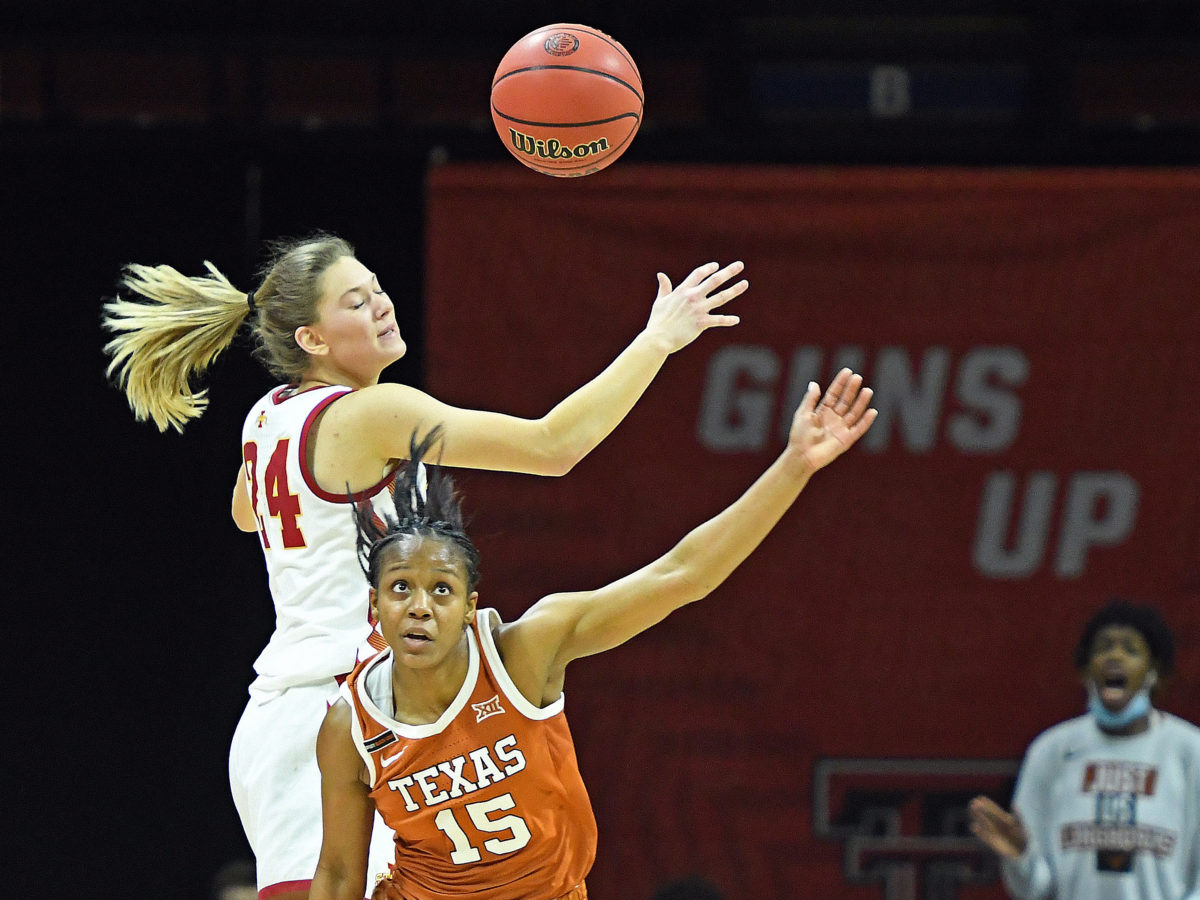 Iowa State did just about everything necessary to get a win against Texas.

The Cyclones won the rebounding battle. They fouled out Texas post star Charli Collier ahead of overtime. Ashley Joens had 28 points. They even won the points in the paint battle. But it still wasn’t enough to get the Cyclones their first win again Texas this season, dropping the game 84-82.

“That’s what March is about,” Iowa State coach Bill Fennelly said after the game. “They’re a tough team, obviously, for us to match up to. We hung around. We just couldn’t make enough plays when we needed them and that’s a credit to Texas. That’s a very good team.”

The Longhorns made 13 3-pointers in the contest, the most they’ve made in a conference game throughout the season.

It was as uncharacteristic of a game Texas has played against Iowa State.

“We had some defensive mistakes, and they hit some three’s,” Fennelly said. “They’re not a great 3-point shooting team, but they made some. It seemed like every time they got an offensive rebound, they made a three right after it. We just couldn’t get that critical stop that we needed.”

Iowa State did all it could to fight, though.

The team got down to a nine-point deficit in the third quarter, something it could not overcome against the Longhorns in its two prior losses to them this season. But today the squad came back to force overtime.

“There’s no question,” Fennelly said. “Late third quarter, we looked like we were dead in the water. Even all the way to the very end, we just kept making another play, and that’s what this group’s been about.”

Ashley Joens finished the game with 28 points and 14 rebounds. She had a couple of big shots down the stretches of regulation and overtime.

So did both Emily Ryan – who had 19 points on Friday – and Kylie Feuerbach – who hit a massive 3-point shot late in regulation.

Iowa State’s supporting cast complimented Joens as much as they could. The team just fell short.

“Like I just told them, the next time we lose, this team won’t be together again in a basketball setting ever,” Fennelly said. “What you want to do is understand that you have to play as hard as you can play, because in an elimination setting, there’s only going to be one next time.”

Now Iowa State will await it’s Selection Monday fate, ending the pre-NCAA Tournament season with a 16-10 record and a 12-7 mark in conference play.

It’s a record that might look a little better in a year with a normal non-conference season, but nonetheless Fennelly is happy.

“I think it’s very good,” Fennelly said. “Obviously, every win counts. Our strength of schedule is ridiculously good, (like) our NET Ranking. All of the metrics that the NCAA committee looks at… I feel good about what we’ll hear on Monday.

“What we’re going to be seeded, for me, has never been a big deal,” Fennelly said. “I just want Iowa State’s name to show up on Monday night.”