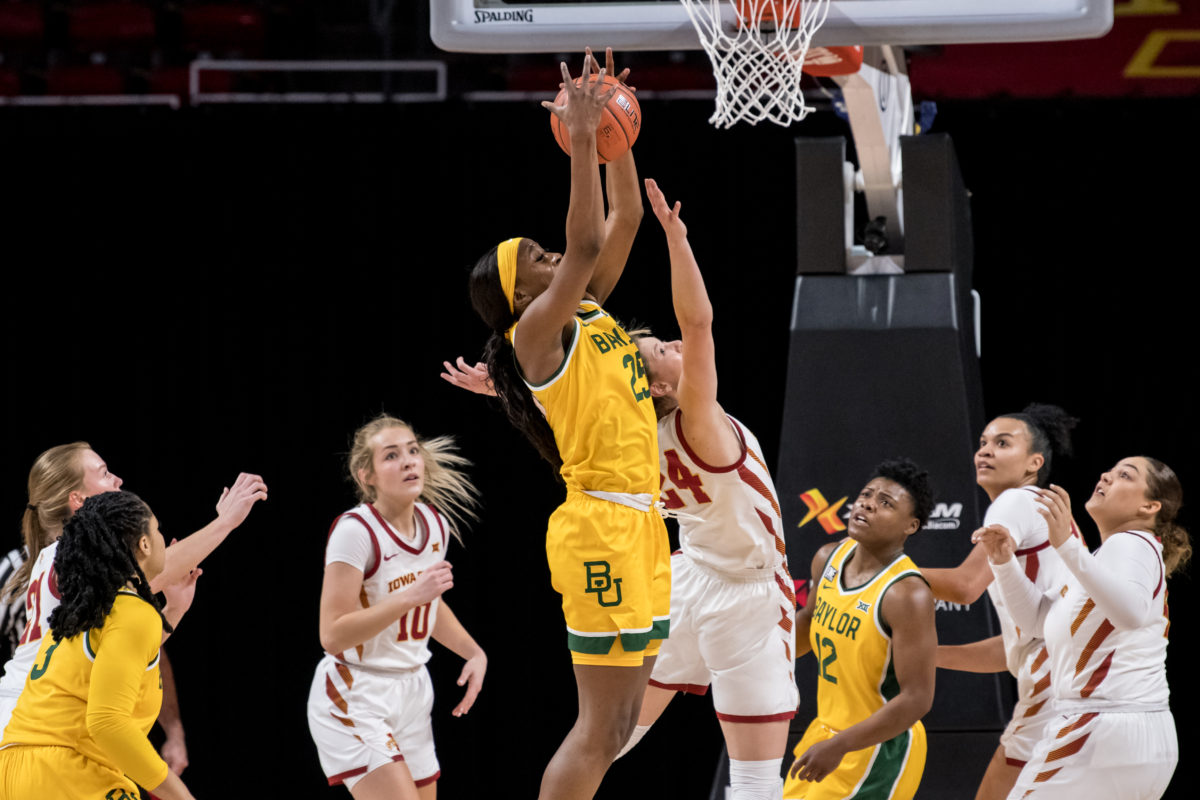 When a Baylor shot came down from missing the hoop on Sunday afternoon at Hilton Coliseum, it would be a smart bet to assume a Baylor player recorded the rebound.

Struggles on the glass ultimately prevented Iowa State from taking control of the game in the team’s 85-77 loss, and certainly cost them some points.

“The rebounding was the difference in the game,” Iowa State coach Bill Fennelly said. “The (23 offensive rebounds) is a stat that jumps off the page. You can’t give great teams extra possessions.”

As he says, that’s Baylor basketball.

Although the rebounds cost Iowa State on Sunday, the Cyclones were just eight points short of getting their first-ever sweep against Baylor in a season.

That’s something that not many fans would have envisioned going into the season.

“What that says is if you do the things you are capable of doing, you can go out there and compete,” Fennelly said. “Certainly our kids feel they can go out and compete. We’ve had some close games with them recently and we’re learning about competing at the highest level.”

That result actually dropped the Cyclones to 2-1 in their past three games against Baylor.

Ashley Joens ended the game with 25 points on 6-22 shooting.

That mark can be a bit deceiving and shows more Joens was going to the lane trying to draw fouls from a Baylor – something the team utilized in its first win over Baylor this season.

The Cyclones got some good play out of Madison Wise on Sunday as well.

At one point during the contest, Wise hit back-to-back 3-pointers to tie the game at 57, and also ended the day with eight points and four rebounds.

“Those are the things that (Wise) can do,” Fennelly said. “I thought she (and Rae Johnson) gave us some really good minutes, but that’s what you expect out of seniors. They (both) did that at Kansas State (and Sunday) so hopefully they keep it going moving forward.”

Maggie Espenmiller-McGraw did not play in the game and will sit out for around two weeks with a lingering leg injury.

The loss drops Iowa State to 11-6 on the season and 7-3 through 10 Big 12 games. The Cyclones still have seven games remaining on the current regular-season schedule and one postponed matchup with Kansas that the conference has not yet rescheduled.

“Our kids stuck their noses in there and competed the entire time,” Fennelly said. “I’m really disappointed we lost the game but so proud at how hard they played.”

The Cyclones are scheduled to return to the floor on Wednesday when they travel to West Virginia for a 6:00 p.m. game against the Mountaineers. It will be televised on ESPN+.