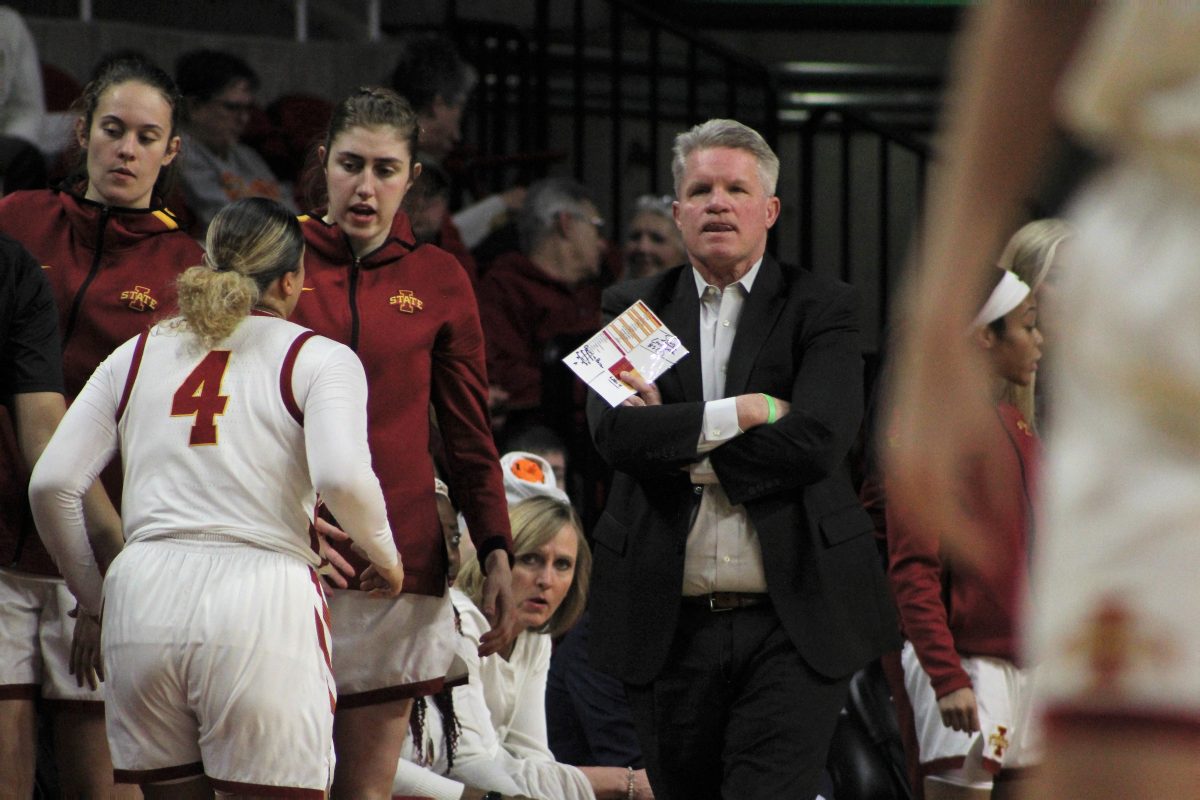 Following what might have been the most hectic off-season in modern history, Bill Fennelly is coming out bold.

His program brought in a highly anticipated, long-committed freshman class to Ames that’s already being treated differently than a normal group alike.

“We’ve got to be careful about what we’re putting in because we’re going to play four freshmen,” Fennelly said.

It of course helps that the class coming into Ames is the highest rated group of prospects Iowa State has ever landed. All four players were ranked in ESPN’s Top 100.

The group, headlined by top-15 star Lexi Donarski, will be relied on like the top recruiting class they are. The expectations of them are sky-high.

Now, that’s not the easiest thing in the world to do.

The group has never set foot on the floor in a Division I college basketball setting.

It gets even harder when one of the four, Kylie Feuerbach, has an ankle injury, sidelined her for two weeks in the meat of pre-season practice.

“Freshmen are behind, now she’s way behind, so we need to catch her up,” Fennelly said. “But we’ve mixed and matched them. We’ve had three of them on the court (at the same time), and I think if (Feuerbach) was healthy, there would have been times we had four of them on the court.”

Fennelly has confidence, though, and it’s not like he’s a stranger to working around injuries.

That was basically a common theme throughout the 2019-20 season where the Cyclones were backloaded with players either completely sidelined or battling ailments while playing.

Luckily for the team, the pandemic hitting the country when it did allowed two of those players to get closer to being 100 percent again.

“Basically, I’ve always been told that the ultimate recovery for my back would be to get more than a few weeks off like I did during the season,” Kristin Scott said. “In a weird way, yeah quarantine was good for my back.”

Fellow senior Madison Wise said that she was 100 percent as well – after battling a string of migraines that caused her to miss a majority of the 2019-20 schedule.

Having three seniors ready to work will help this group of freshmen to play, what Fennelly calls, ‘The Iowa State way.’

“Every team in the country is going through (obstacles from the pandemic),” Fennelly said. “What you have to do is to rely on your older players that understand what it means to be a college athlete and a player in our system.”

Another one of the freshmen, Aubrey Joens has seen the work ethic first-hand from her older sister.

Ashley Joens was the only collegiate player in women’s basketball to average over 20 points and 10 rebounds per game last year.

It earned her a well heralded spot on the preseason All-Big 12 team.

“It means a lot (to play with my sister),” Ashley said. “We’re great friends. We get along really well, so just to have her here with me and to be able to play with her again is a lot of fun. We kind of have that connection since we’ve played together for so long.”

Although, the Joens sisters aren’t carbon copies of each other.

Fennelly joked that they are sisters but aren’t anything alike on the court.

“She’s more of a shooter whereas I’m more like a driver that likes to be inside battling more as opposed to standing out and shooting which is more of her game,” Ashley said.

This freshman class is full of shooters.

The fourth player in the group that wasn’t mentioned before, Emily Ryan, is one of three players in the history of Kansas high school basketball to score 3,000 points in her career.

She also helped lead her team to over 130 wins and zero losses during her four-year career.

The accolades jump off the page for each of the highly touted incoming talents.

Although, that advantage gets leveled with the shorter preparation the team has to progress amidst the pandemic.

Iowa State doesn’t even have its entire non-conference schedule finalized, and that’s an entirely different topic, but the one known of the situation is that the team plans to suit up in two weeks to take on Omaha in the home opener.

Obviously it’s all dependent on if both teams can avoid cases of COVID-19 on their rosters in the meantime, but plan to see four freshmen hit the floor on November 25.