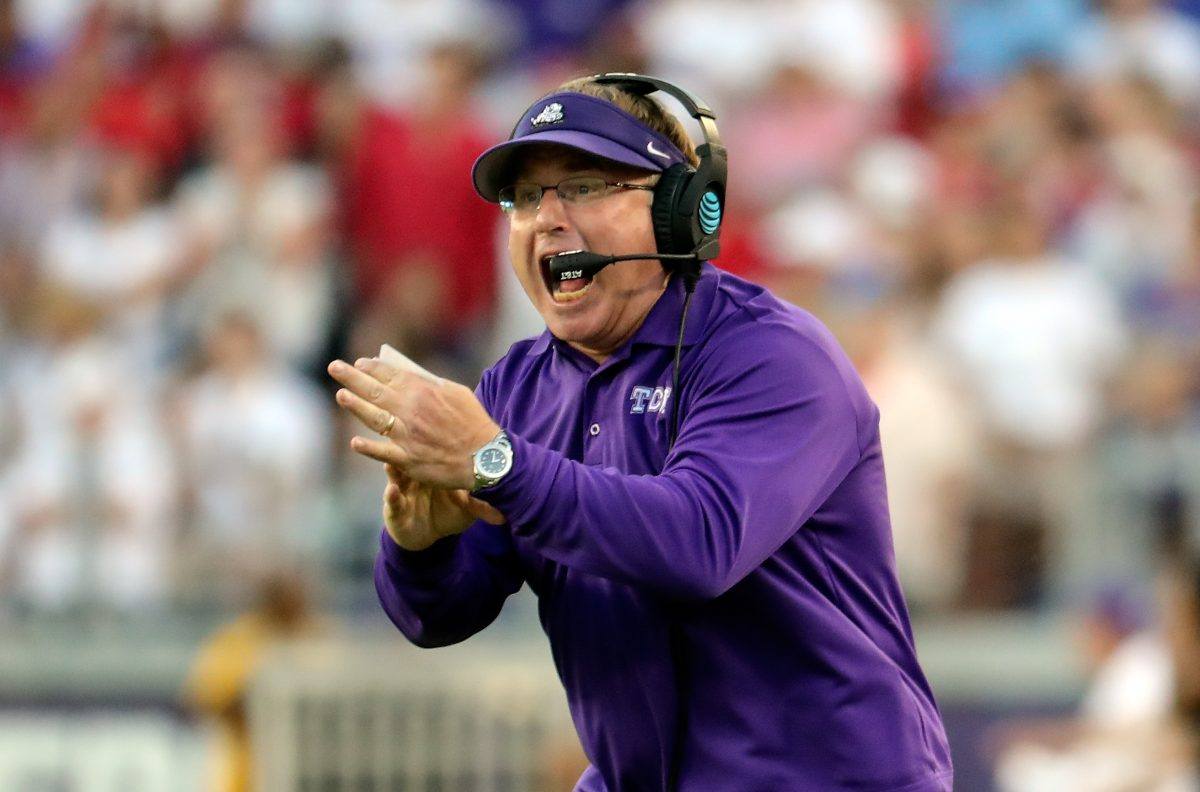 The old saying goes there’s no bigger jump than between the first and second games.

Matt Campbell will certainly be hoping that is the case on Saturday when his Iowa State team heads into Fort Worth to take on TCU in a 12:30 p.m. kick on FS1.

Meanwhile, on the other sideline, Gary Patterson will be hoping the Cyclones do not make that big jump since their season-opening loss to Louisiana on Sept. 12. While that would always be obvious, it is especially true this season considering the Horned Frogs will be taking the field for the first time in 2020 after their scheduled season-opener against SMU was postponed due to an inability to meet the Big 12’s COVID-19 parameters.

So, the stage is set for a battle between a team hoping to make a leap after an embarrassing start and another hoping two extra weeks of fall camp have alleviated the mistakes that would usually be exposed in week one.

“I think the thing for a team like TCU is you’ve got a coach like Coach Patterson where even though this year is unique in some ways I think who they are, what they stand for, there’s a great foundation for that football team and that football program,” Campbell said on Monday’s Big 12 teleconference. “I think that’s certainly one advantage that a team like TCU has. They know who they are. They’ve got a lot of guys back on both sides of the football that have played their role, have understood what their doing. I think they’ve got great confidence in what they do. That’s why they’ve been so successful through the years. Maybe at some programs (first game struggles) may be the case, but I think at a program like TCU with the continuity and the consistency that they’ve had in coach and scheme, it probably prepares them to be ready to go for sure.”

Iowa State’s much-hyped 2020 football team got the season started with a resounding thud against the Ragin’ Cajuns, allowing a pair of special teams touchdowns and turning the ball over twice during a largely dismal offensive performance.

But, at least the Cyclones were able to play a game ahead of Big 12 action, which in the year 2020 is more than half the battle.

“Just like anybody else, we’re all excited to see how that is and see us grow and see us move forward and get better,” Patterson said. “Usually, you get better between your first and second game as much as you do anything else because you aren’t by yourself. For us, we don’t have that going for us. For us, we’ve got to make sure that we’ve fixed ourselves.”

*** The status of All-American tight end Charlie Kolar, starting offensive guard Trevor Downing and redshirt junior offensive lineman Robert Hudson for Saturday’s contest remains unclear. Campbell said all three will be day-to-day throughout the week with injuries that held Kolar and Hudson out of the season opener completely and took Downing out of the game late in the first half.

“Kolar got some practice reps this week, which was great. Trevor Downing, I think we’ll know a lot more about where he’s at (on Monday). Robert Hudson is kind of very similar to Kolar. I think all those guys are day-to-day. I don’t know if I’m ready to say they’re guaranteed to play in the game, but at least are getting themselves really close to being healthy enough to play.”

*** Campbell was pleased with the week of practice his team had following the loss to Louisiana and said it allowed them to backtrack to some things that maybe slipped through the cracks during an abbreviated fall camp.

“For me, I think the resolve that I’ve seen from this football team is really what I’ve seen since March. I’ve been really proud of who our kids are and how we’ve gone about this entire process. This entire process is so unique to any other football season that our kids have understood where we are, where we are in terms of our development as a football, where we want to be and where we’re continuing to strain to want to go. This group has done a great job. I thought we really had a great week of practice last week in terms of just continuing football development in some areas where we’ve probably been shortcutted a little bit since March and I think we were able to make up some really good time last week. We’ll continue to do that as we continue to prepare to play each game.”

*** The most notable news from Patterson on Monday was that sophomore quarterback Max Duggan, a Council Bluffs native, has returned to practice and will be available on Saturday despite reports last month indicating he would be out indefinitely with a recently discovered non-COVID-19 related heart ailment.

“I don’t know if he’ll start. (Matthew) Downing’s been the guy. He’s really thrown the ball really well so now we have three quarterbacks. All of them have a package in the game plan and we’ll go forward with it.”

*** The Horned Frogs landed one of the biggest transfers on the market during the 2020 offseason in former Nebraska wide receiver JD Spielman. The three-time All-Big Ten honoree left the Huskers ranked third all-time in career receptions and receiving yards in program history. Patterson expects to see him used in a few ways during the team’s season opener.

“No. 1, I think he’s got a chance to be our starting punt returner. He’s a good specialist. You have Taye Barber and Derius Davis that are also at that position. He give us a lot of flexibility to go to a lot of different personnel groups. He loves playing the game, I can tell you that much. He’s a very positive person. He respects everybody. He’s a guy, I don’t know if you’ve ever listened to his music, but he records, we play a couple of his songs out at practice on our playlist. He really does a great job. He’s been a great addition to the TCU Horned Frogs. It’s been a lot of fun for us to have him here.” 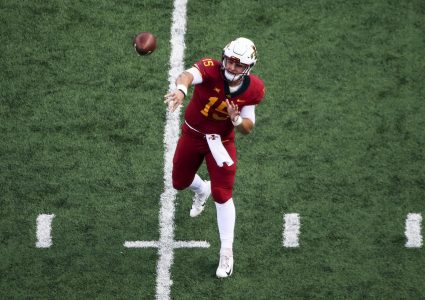 TELECONFERENCE NOTES: Despite path to the Big 12 title game, Cyclones are thinking about the present 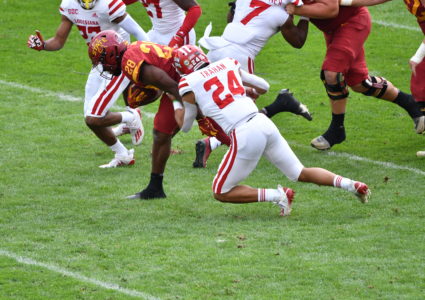