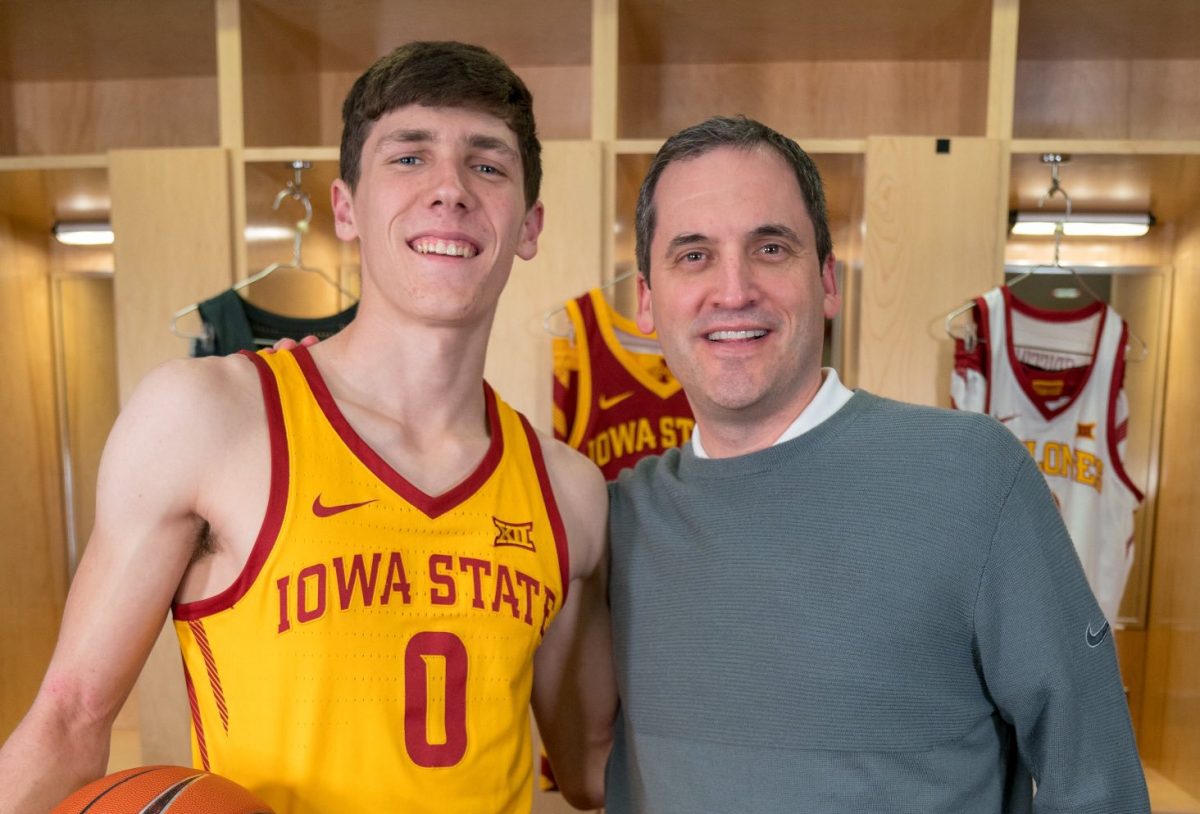 Between playing three high school sports and navigating the recruiting cycle, Caleb Grill has had his focus pulled in a lot of different directions. Now, the 6-foot-3 Maize, Kan. native is glad to have one focus — basketball.

The three-star former South Dakota State signee announced his commitment to Iowa State on Tuesday, marking the end of his second recruitment and the beginning of his life as a soon-to-be college basketball player.

“The thing I’m excited for is just being able to focus all my time into basketball,” Grill told Cyclone Fanatic over the phone Tuesday afternoon. “I played three other sports and just focusing it all on basketball, I feel like I have a lot of upside. I have a lot of room to grow.”

Rated as the No. 490 player in the class, Grill chose the Cyclones over other finalists UNLV and Kansas State. He garnered offers from Nebraska, Texas Tech and a handful of other programs during the summer before making his commitment to the Jackrabbits.

Coming from a town with a population of less than 5,000 coupled with the decision to skip the shoe circuits that dominate summer basketball recruiting, Grill went somewhat overlooked by the rankings services. In the end, Grill being underrated by some will be Iowa State’s gain.

“I just had some criteria I wanted to meet and Iowa State was just a little better at meeting those than the other schools,” Grill said. “Just like relationships. I have really good relationships with the coaches and players. I really like the style of play. I like the offense that they play in. Those are just three big things.”

Grill was drawn to the Cyclones during the Fred Hoiberg era when the pace was fast and the 3-pointers flew with reckless abandon. It was that guard-oriented style still that continues to attract Grill into joining Steve Prohm’s iteration of the Iowa State program.

Prohm has talked extensively about the kind of players he wants to bring into his program. Grill fits that mold perfectly.

“We were really fortunate that he opened up his recruitment after the coaching change and once that reopened we jumped in there right away,” Prohm said in an Iowa State press release. “He has a chance to really be a special player here and he checks all the boxes for what we want as an Iowa State basketball player on and off the floor. He’s a really, really good athlete that played and excelled in many sports in high school. He brings a toughness and competitiveness to the table as a freshman that will help our team.”

Toughness and competitiveness stand out that quote. It is probably one of the most difficult things to gauge when recruiting a player from AAU Tournaments or off the shoe circuit. It is especially difficult to evaluate when putting together rankings after watching only a handful of games.

Grill possesses both of those things and that’s why when asked how he would describe himself as a player he put it rather simply.

“I’d just describe myself as a competitor,” he said.

That is why college coaches across the country took notice of Grill despite what the rankings may show — and that is why the rankings’ misstep will most likely end in an Iowa State gain.