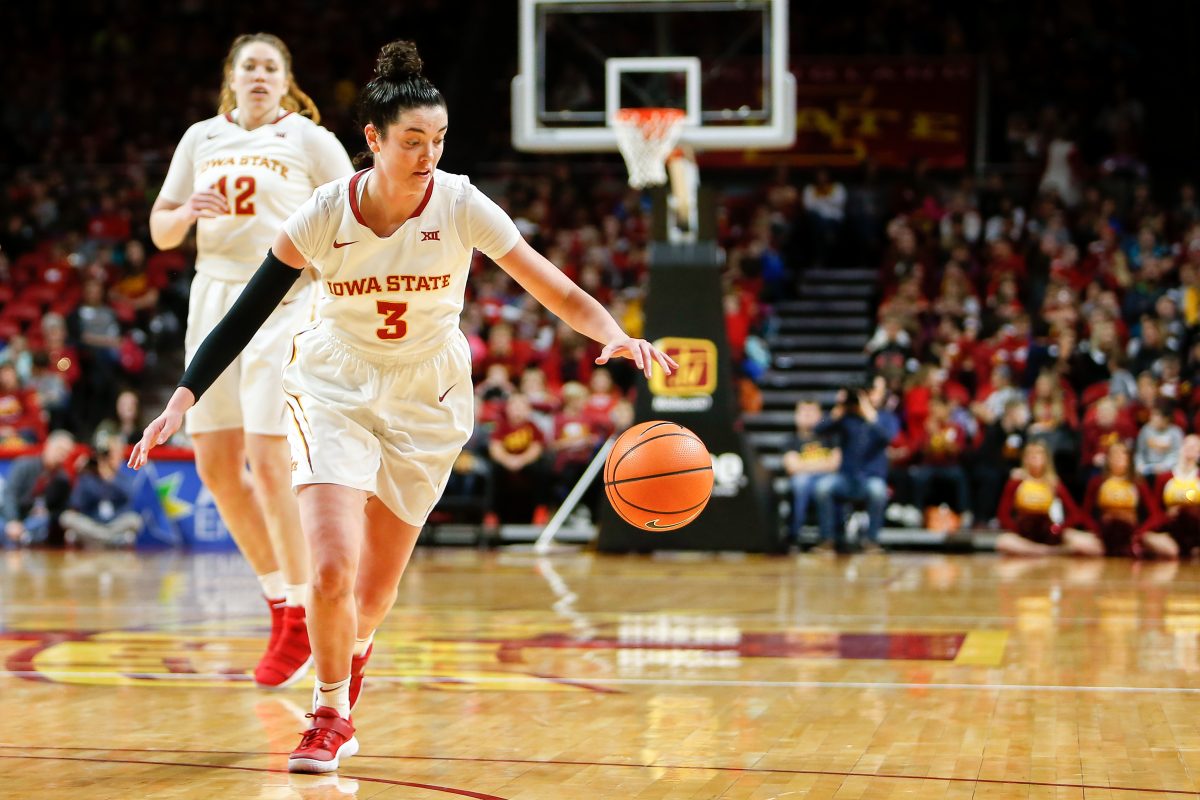 For a team that has had difficulty scoring the basketball, the win over K-State was a confidence-booster for many players on the roster. Freshmen Adriana Camber netted a career-high 21 points from the floor, while junior Meredith Burkhall added 20 points and 13 rebounds.

“What we saw is kind of what we have been hoping for all year. I wish I knew where it came from,” said Bill Fennelly. “It’s amazing how life changes when you can make shots.”

Iowa State, for the first time it seems, finally has things going its way. The ‘Clones had their bye this past week and used it to gain some rest off the court, with multiple players not being at 100 percent. Still, Bride Kennedy-Hopoate is out for tonight’s contest as she continues to recover from her foot injury.

It was a historical performance for Bridget Carleton the last time these teams faced off on January 24th, with the Junior out of Ontario scoring a career-high 39 points in the upset victory.

“I told her I’m coming for her, trying to get 40,” Emily Durr jokingly told the media on Friday. Coming off a career-best 13 assist, zero turnover performance, Durr knows that she’ll be relied upon to provide a load of the offense as Oklahoma State looks for revenge on the Cyclones floor.

Coming off a ranked-win at TCU, the Cowgirls will be another tough matchup for ISU. Loryn Goodwin and Kaylee Jensen form one of the best tandems in the entire Big 12 for the Cowgirls.

Fennelly jokes that Jensen, who’s averaging an impressive 20.9 points and 12 rebounds in conference play, got her career started off by feasting against Iowa State.

Junior Meredith Burkhall acknowledged that her, Claire Ricketts, and Kristen Scott will all have to help each other out, taking turns fronting, battling, and rebounding against Jensen.

If they are able to win that matchup, Iowa State will hopefully be able to achieve their first Big 12 sweep of the year.

– They have 194 entering tonight’s contest.