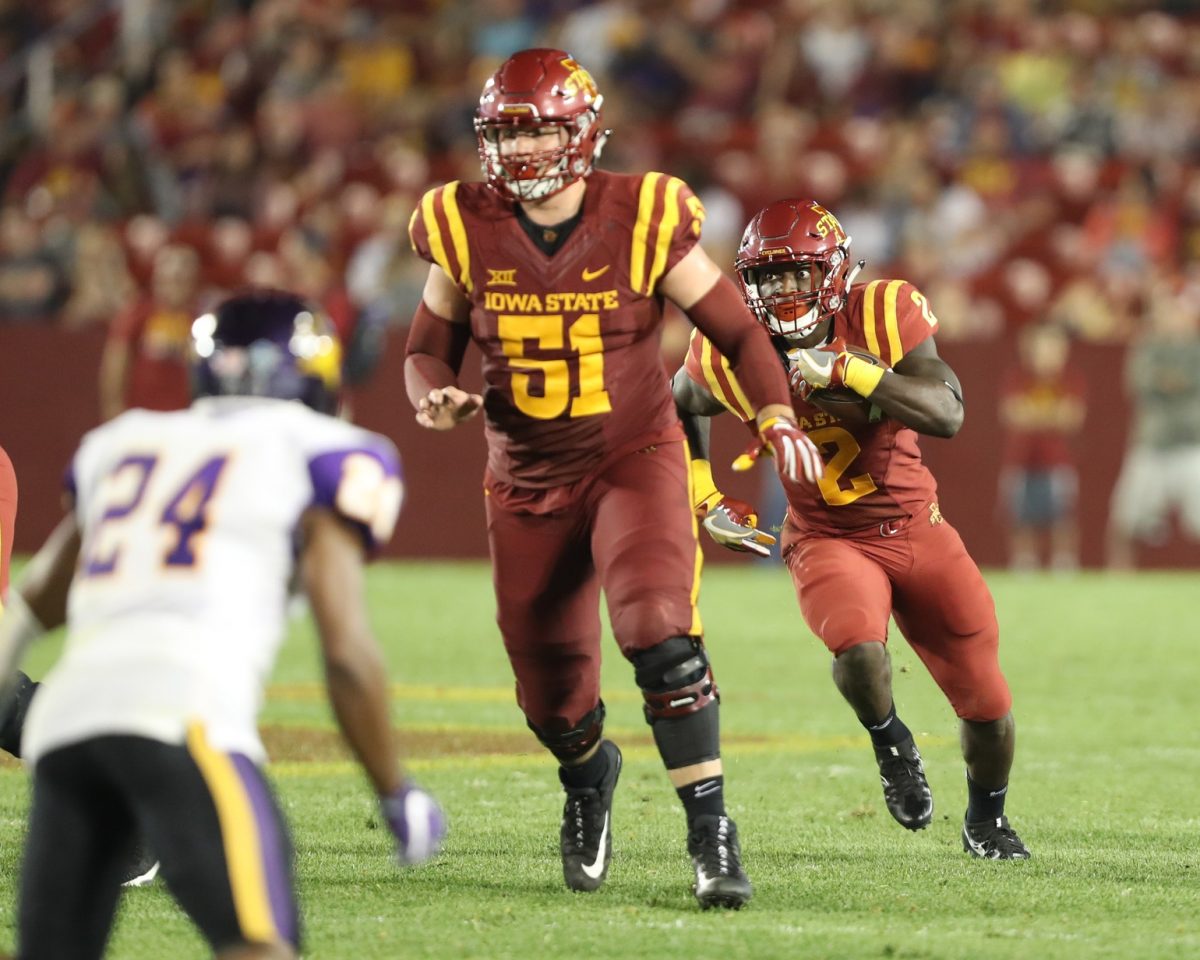 AMES — Iowa State’s offensive line keeps protecting quarterback Jacob Park, or is the other way around?

The answer to that question is … difficult to pin down.

Suffice it to say the five guys up front and the man taking snaps are feeding off each other, as it should be.

“I think it’s a little bit of both,” said Cyclones coach Matt Campbell, whose team (1-1) travels to Akron (1-1) for an 11 a.m. Saturday game that will be shown on the CBS Sports Network. “I think Jacob has done a really good job getting rid of the football and making his reads and distributing the ball where it needs to be. I think the offensive line — Sean Foster came into the game on Saturday and, I thought, had a really good performance, maybe played 50-60 snaps and was able to do a really good job in our pass pro. Jake Campos maybe played his best game that I’ve seem (him) play. So that was really positive.

“We used our backs a little bit in protection as well last week. They have some really talented defensive ends that can rush the passer, so I think it was a combination of everybody so far this season and certainly knowing (what) our identity is and what’s a decent plan to give our team success early. I think that’s allowed us to maybe protect the quarterback a little bit better to start the season this year.”

Park’s been generally productive, quick and sound in his decision making. He’s completed 52 of 81 passes (64.2 percent), tossed six for touchdowns and been picked off twice. As noted earlier, he’s been sacked once.

So good on Park — and good on the guys shielding him, which includes receivers and tight ends, as well.

“I think Jacob’s doing a really good job of understanding, particularly on third down, where to go with the football, which I think is usually the thing that you get — oh man, you didn’t have many sacks,” ISU offensive coordinator Tom Manning said. “Usually — we’re usually blocking people, but I think a lot of that goes to the quarterback getting the ball out of his hand and Jacob’s doing a really good job with that. And I think our kids, they’re working hard right now up front to get better and continue to get better and addressing the maybe needs of what they get can get better at. So I think, again, it’s a team effort.”

Daily CF Minute w/ @ChrisMWilliams presented by Royal Flooring : Why didn’t we see the “Joel-Dozer” package from the #Cyclones vs. Iowa? pic.twitter.com/TumwiKuPGY

Familiarity helps establish and mantain a rhythmic flow, as well. Park understand the offense better, as does the line. They also understand each other, so there’s less thinking and more doing.

“He’s really decisive,” center Julian Good-Jones said of Park. “He knows what he’s doing, a lot. So Jacob is a huge part of that and also he’s very elusive in the pocket.”

Whatever the root cause for this synergy, its working on offense. So perhaps the most important thing is rolling with the improvement (41.5 points per game, 436 yards per game) and ensuring more success comes down the road.

“We have all the pieces,” Good-Jones said. “Everyone’s working so hard and we really just have that goal and it’s a reachable goal.” 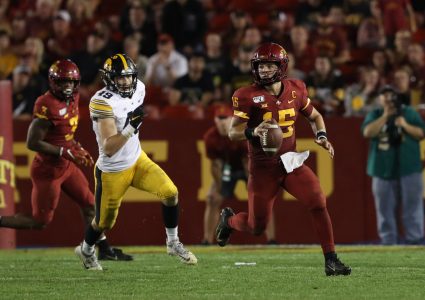 Campbell pleased with right kind of spring countdown for ISU