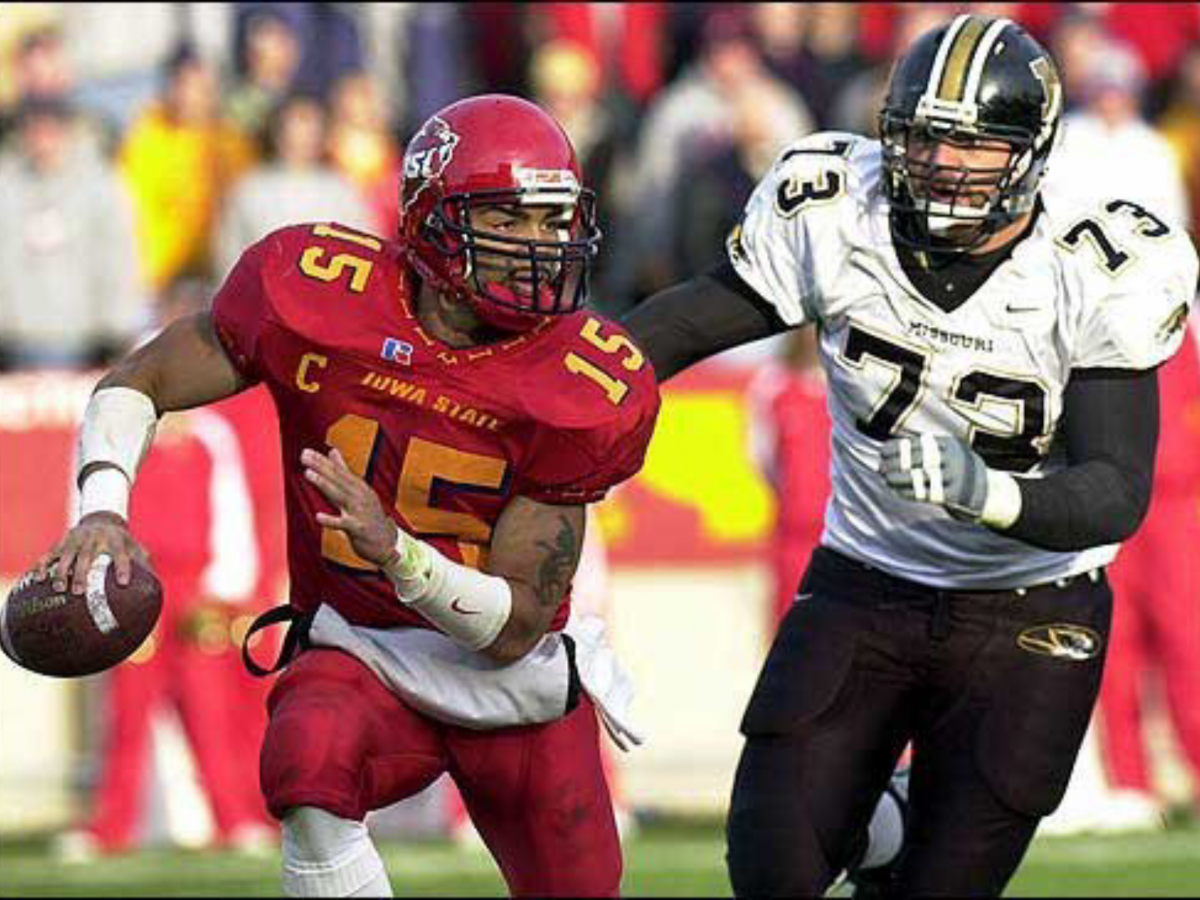 Whenever you bring up early-2000s Iowa State football to someone outside the Cyclone fan stratosphere, there is one name almost guartanteed to come up — Seneca.

After attending Sacramento City College, Seneca Wallace transferred to Iowa State for the last two years of his college career and quickly pushed his way into the national spotlight. Wallace finished his Iowa State career with 26 touchdown passes, the sixth most in school history, 5,289 passing yards, fifth in school history, and 15 rushing touchdowns.

Wallace thrust his name into the Heisman Trophy race after leading the Cyclones to a 6-1 start during the 2002 season. His 2002 campaign is best remembered by this play.

Iowa State went on to finish the 2002 season with a 7-7 record, but Seneca Wallace did a lot in those 14 games to put Iowa State on the national football map.