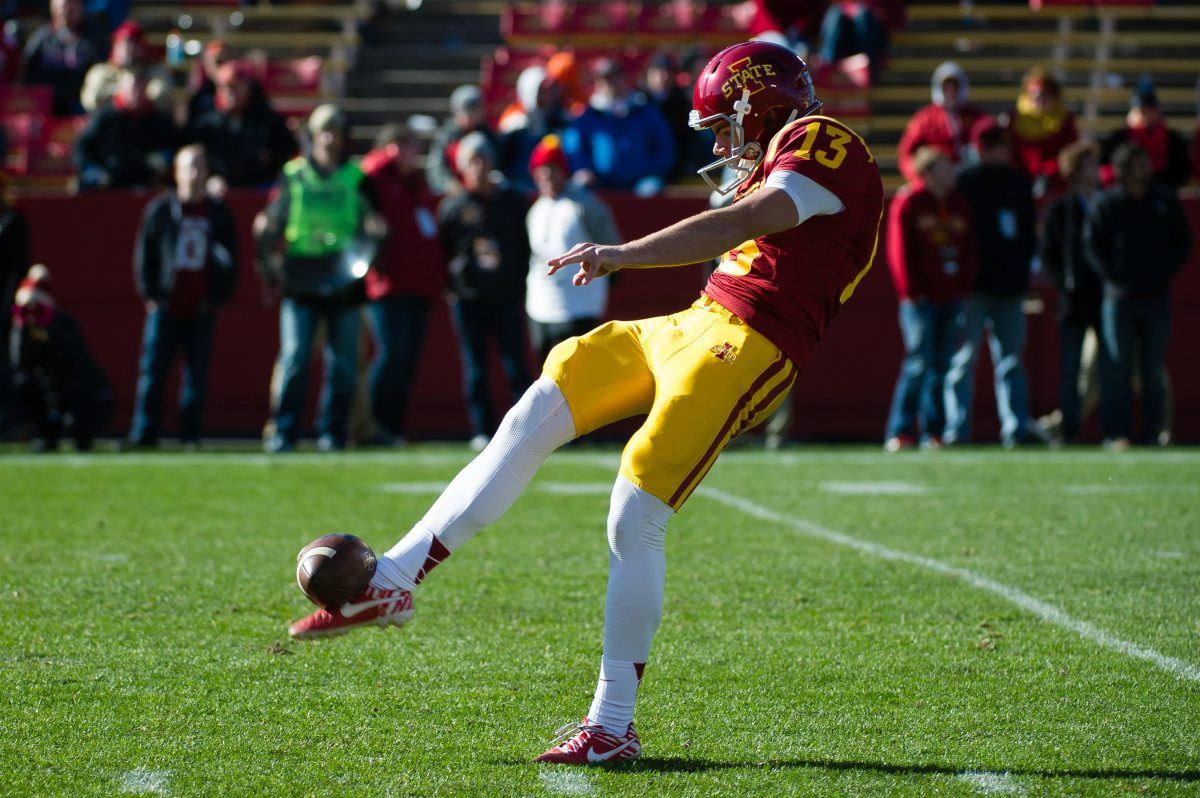 AMES, Iowa – Iowa State senior punter Colin Downing has been named to the 2017 Ray Guy Award Watch List for the third season in a row, announced today by the Augusts Sports Council.

A native of Whitefish Bay, Wis., Downing is entering his fourth season as the Cyclone punter, recording career-highs in punting average (41.1) and kicks downed inside the 20-yard line (23) in 2016.

He had eight 50-yard boots a year ago, including a career-long 67-yarder vs. Baylor.