This year’s Countdown to Kickoff series is brought to you by a diehard Cyclone and the best travel agent you can find – Becah Fliehs and Love to Travel. At no cost to you, let Becah book your next family vacation today.

Iowa State’s 2017 defensive line room will be deep as any the program has seen in recent years. The addition of several high-profile JUCO prospects plays a large role in that depth, but so does the emergence of a few players who have made serious strides since Matt Campbell took over at the helm of the Cyclones.

One of those players is walk-on defensive end Spencer Benton, who was listed alongside sophomore Jaquan Bailey as the potential starter at the Leo position when the pre-fall camp depth chart was released on Monday.

The Van Meter-native recorded 21 tackles, two of them for a loss, in 12 games as a redshirt sophomore in 2016. The 6-foot-2, 247-pound end also added 1.5 sacks on his way to earning Iowa State’s Outstanding Walk-On Award.

His impact truly began to be felt late in the season as the made 19 of his 21 tackles during the Cyclones’ last seven games. The hope now is the former Des Moines Register 1A first-team all-state selection will continue those strides in order to help Iowa State’s defensive line reach heights it has not seen in recent memory. 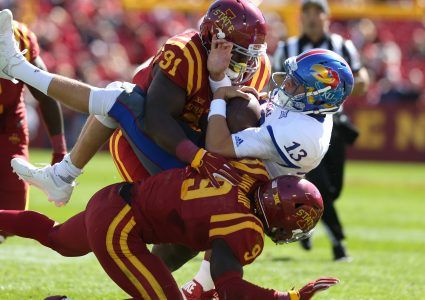 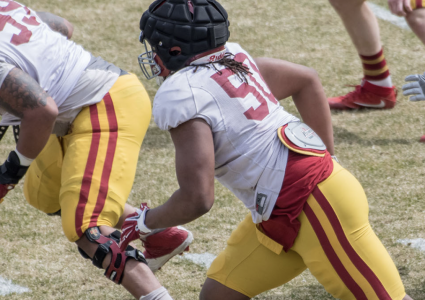