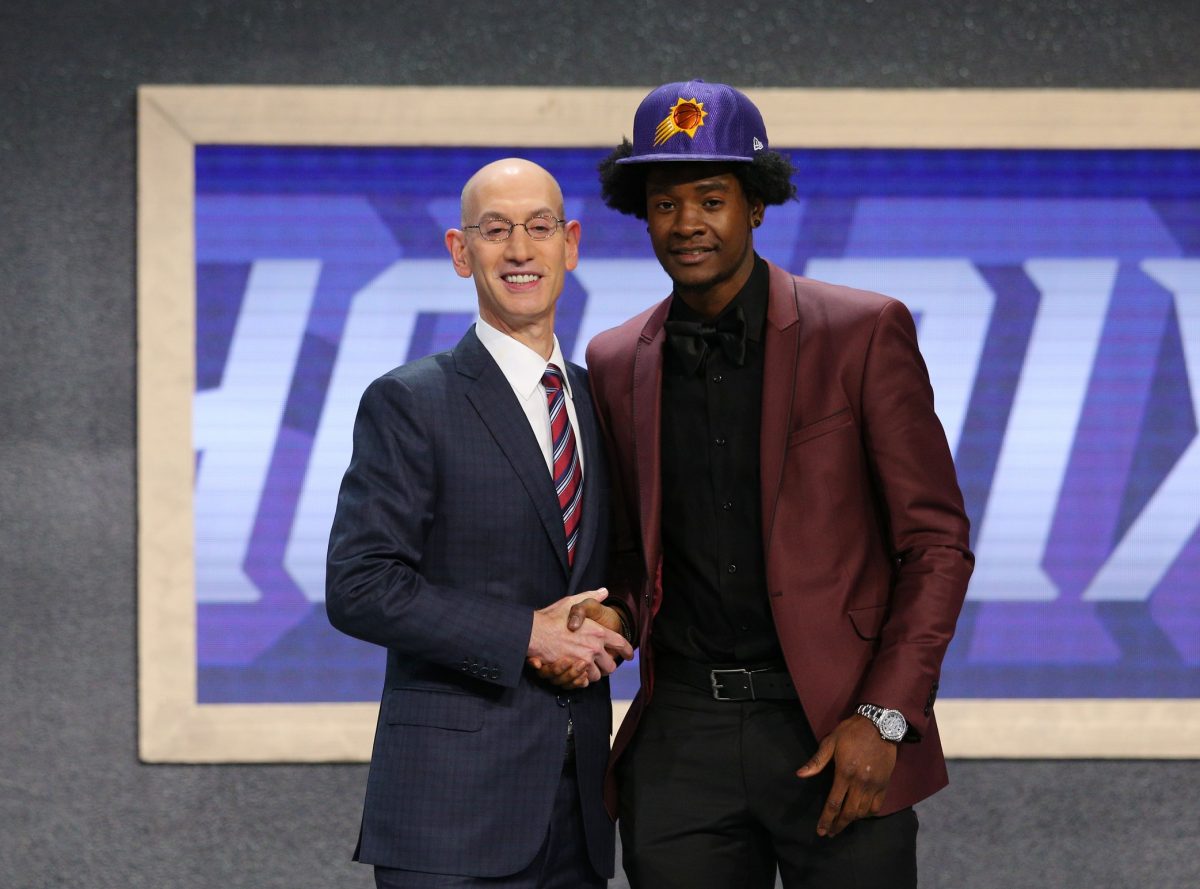 The following is a press release courtesy of the Big 12.

Irving, Texas – Two Big 12 standouts – Josh Jackson (Kansas) and Jarrett Allen (Texas) led six players that were chosen in the 2017 NBA Draft.  Jackson was taken No. 4 overall by the Phoenix Suns. Allen followed at No. 22 to the Brooklyn Nets. It was the second straight season the Big 12 has had six draft picks.

Jackson is the 17th lottery selection for KU and the 11th in the Bill Self era. He is the 79th player to be drafted in Kansas men’s basketball history and the 21st in the Self era, which began in 2003-04. Allen is the 16th first-round choice in Longhorns history and the 43rd overall to hear his name called on draft night.

Wesley Iwundu of Kansas State went next in the second round when he was picked at No. 33 overall by the Orlando Magic, followed by Frank Mason III (Kansas) at No. 34 to the Sacramento Kings. Oklahoma State guard Jawun Evans was chosen at No. 39 by the Philadelphia 76ers, with Monte Morris closing out the Big 12 draftees with the No. 51 overall pick by the Denver Nuggets.

This year’s draft is the 20th time in 21 seasons the Big 12 has had at least one first-round choice. It marks the 12th consecutive year that at least one Big 12 student-athlete has been taken in the NBA Draft lottery as one of the top 14 picks. Overall, 63 players have been chosen in the past 10 drafts.  A total of 110 players from the Big 12 have been selected since the first league season in 1996-97.

KU has had a total of 31 players chosen since the Big 12 began play, more than any other league school. The Texas Longhorns are next among current members with 18 draftees, followed by Iowa State with 11, Oklahoma and Oklahoma State at nine apiece and Baylor with eight. Texas Tech (3) and Kansas State (3) round out the Big 12 team draft totals.