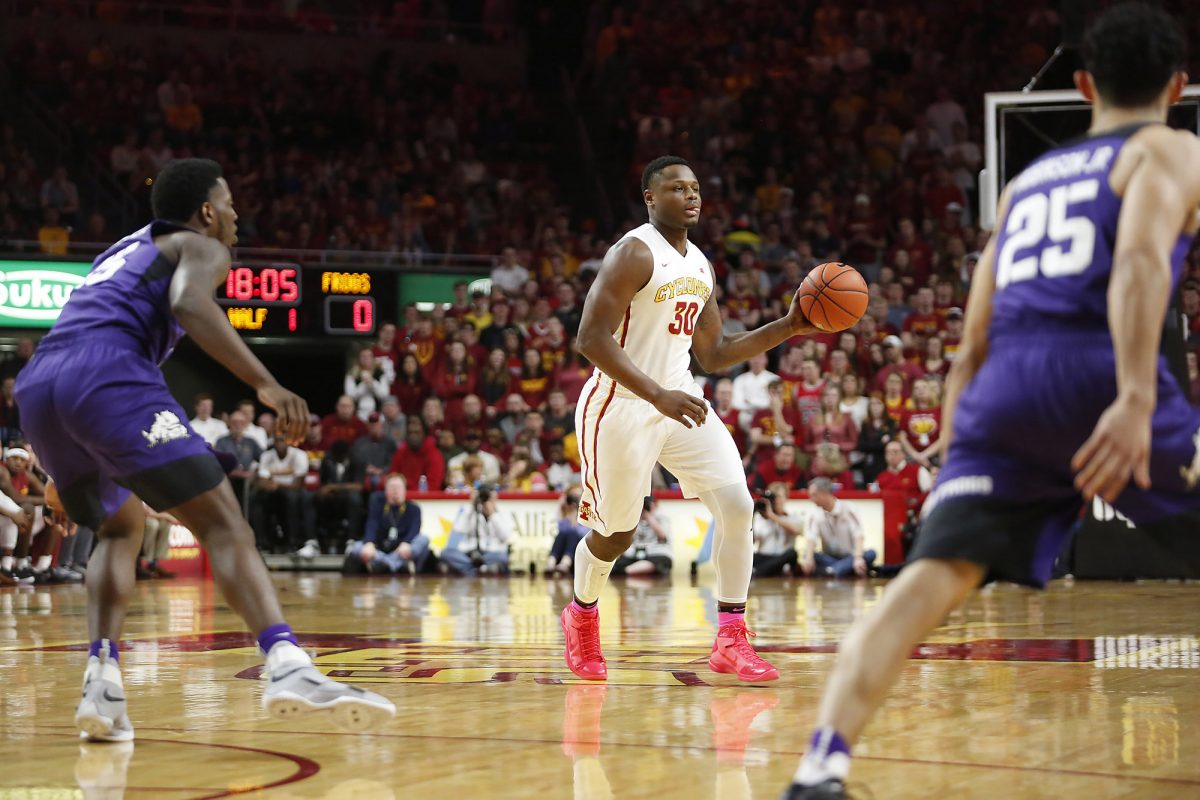 AMES — Two weeks ago, the overwhelming debate surrounding Cyclone basketball was over if this team would sneak into the NCAA Tournament.

This is a much more physical, focused and consistent group of Cyclones.

Physical: Solomon Young only accounted for four points and four rebounds, but was critical in keeping TCU’s Vlad Brodziansky in check. The same 7-footer who roasted Iowa State for 25 and 14 in Fort Worth in January had 11 and seven on Saturday.

Focused: “We were too high with some wins and too low with some losses,” Prohm said. “You’ve got to be even-keel. Just saw wood and keep grinding away.”

Consistent: Look no further than at at Deonte Burton. The big man has been a human roller-coaster for the majority of his career but during Iowa State’s three-game winning streak, Burton has averaged 15 points, five rebounds and has shot 55 percent (16-for-29) from the floor.

(Knock on wood). Other than the great Monte Morris, Burton is the most consistent player on this team right now. As a result, that helps everything flow.

“Offensively we are moving the ball a lot better,” Prohm said. “We struggled early. We were too wild earlier in the year and probably gave them too much rope. You also have to kind of figure out your identity. When you lose a guy like Georges (Niang) and some really good pieces, you are trying to figure out the best way to play. We are figuring that out.”

Naz Mitrou-Long made the most of his third-to-last game ever in Hilton Coliseum. The senior guard went 7-of-12 from 3-point range for a game-high 25 points. Mitrou-Long’s 75 3-pointers on the season is currently 12th best in school history. On Saturday, he passed Jared Homan to become the 26th career leading scorer in program history.

What can you say about 18 points, 11 assists and one turnover from your starting point guard?

The top assist man in school history also tied Jeff Hornacek for career steals in a Cyclone uniform at 211.

*** Tip of the hat to Darrell Bowie, who did not play in Wednesday’s win at Kansas State but gave Iowa State 16 great minutes, scoring six points with four rebounds in the win over TCU.

*** Donovan Jackson came off of the bench to score 11 points on 2-of-2 3-point shooting in 15 minutes. That was Jackson’s ninth game of the season in double figures.

*** Iowa State forced 19 TCU turnovers. The Cyclones have committed fewer turnovers than the opposition in 22 of 26 games this season.

Texas Tech nearly pulled off an upset against West Virginia in Morgantown on Saturday. The Red Raiders forced two overtimes but ultimately went down by a 83-74 final.

Iowa State is on a roll but still might not be favored in Monday’s 8 p.m. tip. The Cyclones were forced to make a double-digit comeback at home against Tech in their Big 12 opener on Dec. 28.

As of now, KenPom.com projects a 70-69 Cyclone loss in Lubbock.

Obviously, it’s a toss-up. But a big one at that. 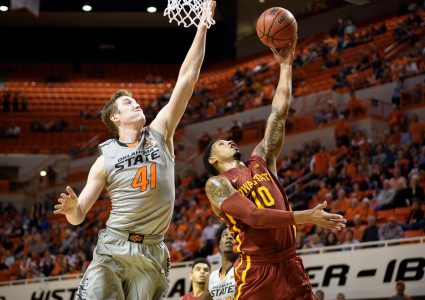 WILLIAMS: Seniors step up in Stillwater