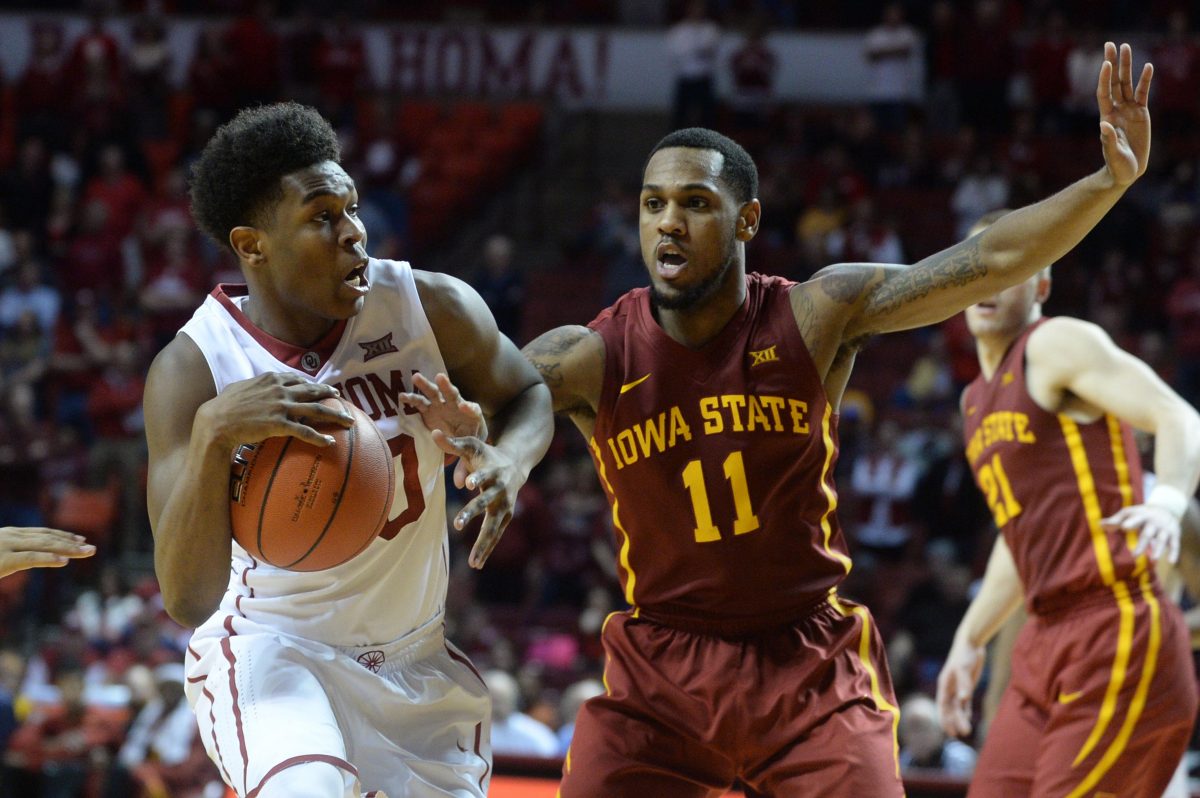 AMES, Iowa – Iowa State senior point guard Monté Morris, the nation’s only player averaging at least 16 points, 5.0 assists, 4.0 rebounds and less than two turnovers, was named to the Naismith Trophy 30 today by the Atlanta Tipoff Club. The list includes the top 30 players in consideration for the 2017 James A. Naismith Trophy, which is presented to the nation’s most outstanding college basketball player.

Morris is leading the Cyclones with 16.1 points and a Big 12-best 5.7 assists per contest. The Flint, Michigan native has scored in double figures 19 times, including eight games with 20 or more points. His four games with 20 points, five assists and zero turnovers are the most nationally.

Morris has been at his best since the schedule flipped to Big 12 play. In league games, he is leading ISU with 16.7 points, 5.2 rebounds and 5.9 assists.

As has been standard with his career, Morris is first nationally with a 5.46 assist-to-turnover ratio. In Big 12 play, Morris is averaging one turnover for every 47.4 minutes he plays.