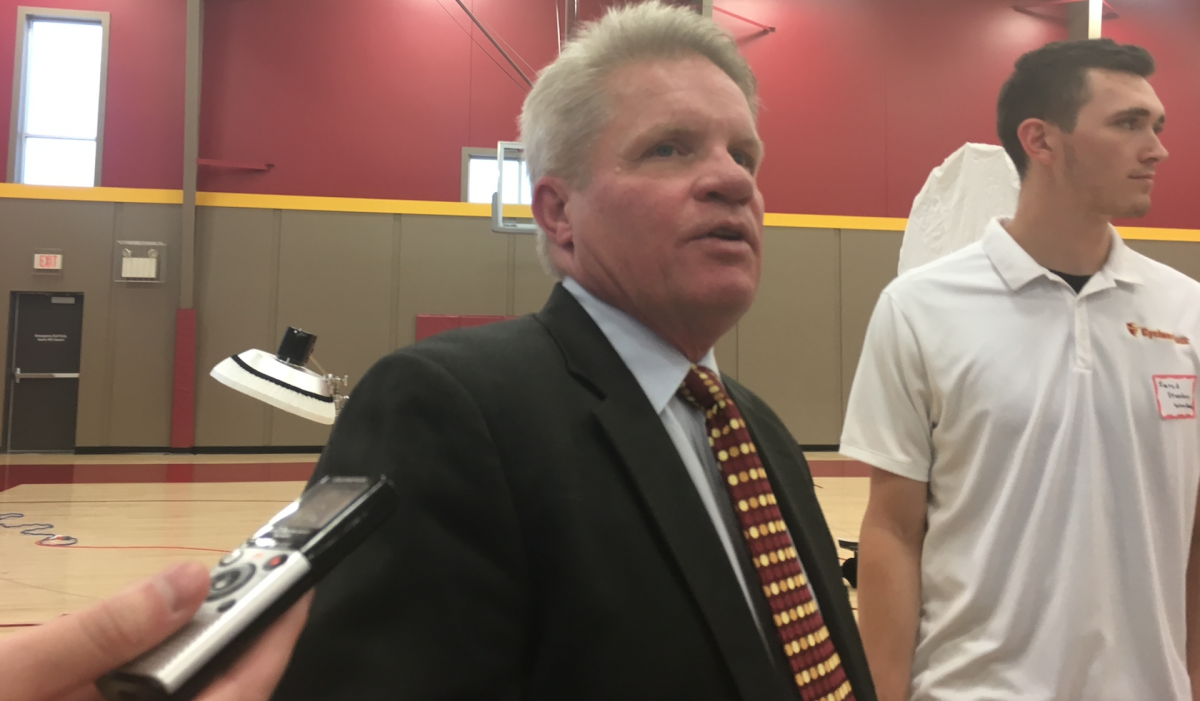 AMES, Iowa. — I was a little tired when I walked into Hilton Coliseum on Friday morning.

I was up late after the Cyclone Fanatic Radio Show on Thursday and I just wasn’t quite in the mood for basketball when I was getting out of my car in the parking lot. Plus, it was way too cold and I forgot my jacket sitting on the back of my couch.

It didn’t take long for me to wake up and find my bearings once I got inside the building. I got my walking taco and made my way to my seat on press row.

The national anthem ended and the UC-Santa Barbara starting lineup was announced. Then everything went dark.

For the first time, the Iowa State events staff was able to turn out the lights for player introductions. Soon, the ISU women’s basketball team would light up the scoreboard, and play as good of a first quarter as I’ve seen from them in quite some time, in a 77-60 win over UCSB.

Here’s a few of my takeaways from the team’s season opening win:

Heather Bowe will be the team’s x-factor

Bowe, a 6-foot fifth-year senior, might be just what the doctor ordered for this Cyclone team. The Vanderbilt transfer brings a lot of energy and toughness off the bench.

In her ISU debut, Bowe scored 12 points, grabbed a team-high eight rebounds and tallied, another team-high, seven steals. She brings a veteran presence to an Iowa State roster that is experienced, but still pretty dang young.

“I told her we have six starting players,” said Iowa State head coach Bill Fennelly. “That was a pretty impressive performance. You could tell it looked like a kid that hadn’t played in a year and really wanted to play. I don’t know that we’ve ever had a player get seven steals and they’re a post player. Six offensive rebounds. She’s not Seanna (Johnson)’s body-type, but she finds a way to get it done.”

Bowe might not be the most purely talented player on Iowa State’s roster, but it seems like she gets what her role is. She knows how to move without the basketball and position herself on the offensive glass. She’s physical in the post defensively and rim-runs well enough to create openings, putting pressure on a defense.

When you watch her, you can just tell she’s confident in what she can do on both ends of the floor. I don’t know if she’ll score double-figures every time out, but do think she’s a player whose contribution can’t be judged by point totals alone.

“Just a great teammate,” Fennelly said. “When you’re a fifth-year senior and you’re coming off the bench, you could really kind of pout, but that’s a pretty good line right there with steals, rebounds, no turnovers in 19 minutes.”

The Cyclones were red-hot to start the game, shooting 70.6 percent during the first quarter. They were able to jump out to a 29-15 lead and never really looked back from there.

Fennelly’s squad was able to take advantage of UCSB doing everything they could to keep ISU from shooing 3-pointers. In fact, I don’t think I’ve ever been to an ISU women’s game where they took only eight shots from behind-the-arc.

That just goes to show how well the Cyclones were able to get to the rim and convert opportunities.

“We told our kids, ‘When you drive to the basket, you’ve got to drive to finish or dish it to a post man. You’re not going to be able to kick it for a three,’” Fennelly said. “To their credit, a huge part of our game is drive and kick. That’s the game we all play now in college basketball, drive and kick and shoot threes. So to our kids’ credit, when they drove to the basket it was with the mindset of scoring.”

After the hot start, ISU only shot 25 percent in the second quarter. Maintaining a 70 percent clip for the whole 40 minutes isn’t the slightest bit realistic, and the percentages improved to 50 percent and 46.2 percent in the third and fourth quarters.

That said, the Cyclones won’t be able to outrun every team like they did against UCSB — especially once it comes time for Big 12 play. They’ll need to be able to maintain the efficiency throughout the whole 40 minutes, rather than having three good quarters and one bad one.

If there was any doubt before, we know Iowa State has a lot of people that can score the basketball. Five Cyclones scored in double-figures on Friday and eight of the 13 players that saw the floor made at least one basket.

With that said, it seems like the roles for everyone on the roster are still coming into focus. There won’t be a ton of games where five players will combine to score 66 points.

So, finding a way to get players like TeeTee Starks, Emily Durr and Nia Washington more involved in the scoring will be important for them to max out their potential this season.

I’m just nit-picking though after an impressive performance by Fennelly’s squad. This team has the tools to be pretty good. 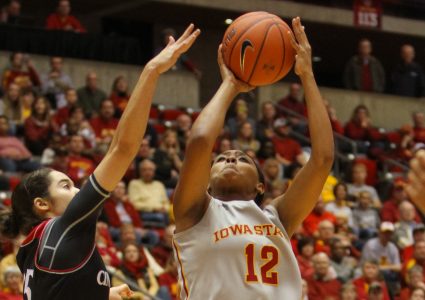