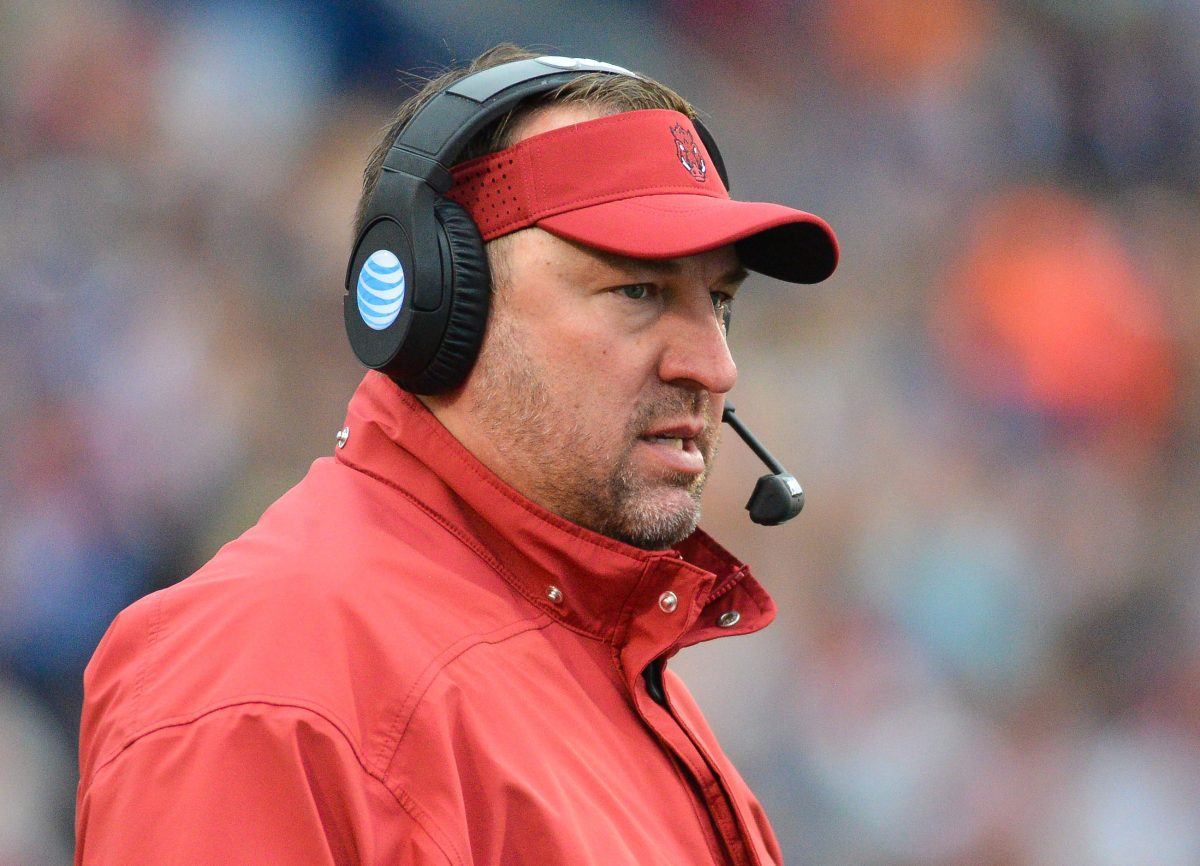 ALBIA, Iowa — Talk to a seasoned Iowa State fan and ask about Bret Bielema. He or she will likely tell you that Arkansas’ head coach is one of most despised former Hawkeyes in the history of the Cy-Hawk rivalry, which will renew once again on Saturday at 6:30 p.m. (BTN).

This husky Razorback, who has a Tiger Hawk tattooed on his calf, is also at least partly responsible for Matt Campbell being in Ames.

This is a fact that I wasn’t aware of until last week.

Shortly after word of Paul Rhoads’ firing got out last November, Jamie Pollard received a phone call from an old friend. It was Bielema, who Pollard had worked with during his time at Wisconsin (Pollard was an associate AD, Bielema a defensive coordinator and head coach in waiting behind Barry Alverez).

“He called me actually to recommend somebody else for the job,” Pollard told Cyclone Fanatic in a phone interview. “I took his recommendation and then I said, ‘Here’s what I’m thinking. Who else is out there that we should be looking at?”

Campbell, after leaning on football minds like Jerry Kill, Ben Bruns and Sage Rosenfels, was already at the top of Pollard’s wish list.

Campbell, who in September had led his Toledo team into Arkansas and defeated the Razorbacks, was Bielema’s top recommendation. That 16-12 whooping impressed Bielema so much that it spurred him to do something he had never done before.

“After the game the next day he called Matt and talked to him for probably an hour. He said, ‘I wanted to know what they were doing and how they did what they did to us.’ I thought that was comforting and telling that we were fishing in the right pond,” Pollard said.

It was in September of 1992 and the Hawkeyes had just beaten the Cyclones 21-7 in Iowa City. Iowa State’s head coach at the time – the always-colorful Jim Walden – met the legendary Hayden Fry at midfield for a courtesy postgame handshake.

Enter then senior Hawkeye linebacker Bret Bielema into the conversation.

“He said he enjoyed kicking my ass,” Walden told Nate Olson’s sports blog in August of 2013.“It shocked me. I was out in the middle of the field shooting the bull with Hayden, and he was telling me good game, and that my kids played hard. Then, this football player comes over his right shoulder and says something like that. It startled me. I had never seen anything like that. That was the only time that ever happened to me.”

Bielema’s comments were picked up by local television stations and caused quite the stir – one that would go viral in today’s world.

It was an incident that many older Cyclone fans still haven’t forgotten.

Bielema represented an era of Iowa domination in the Cy-Hawk series. He never lost to Iowa State in his four years and wasn’t shy about letting everyone know, Jim Walden included.

“I’ve heard the story and I can see him doing it,” Pollard, who stays in touch with Bielema, said. “He was young and kind of a whipper-snapper. You can see that in how he conducts his business as a head coach from afar.”

Words leave a lasting legacy when Cy-Hawk lines are drawn. Yet thanks in part to a well-timed phone call from the former Hawkeye (who ironically is now Paul Rhoads’ boss), the future of Cyclone football was validated. Twenty years from now, perhaps Bielema can be given some small credit for Matt Campbell’s success at Iowa State.

Or not…after all, he’s still a Hawk. 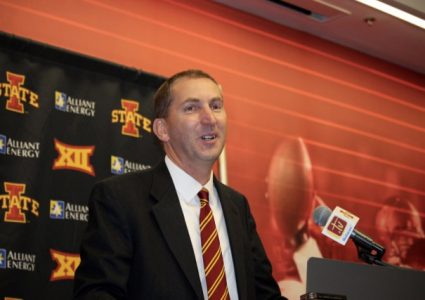 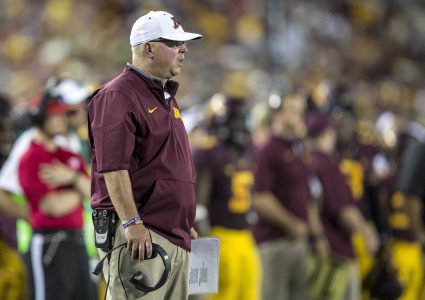 WILLIAMS: Props to Pollard for reaching out to football people