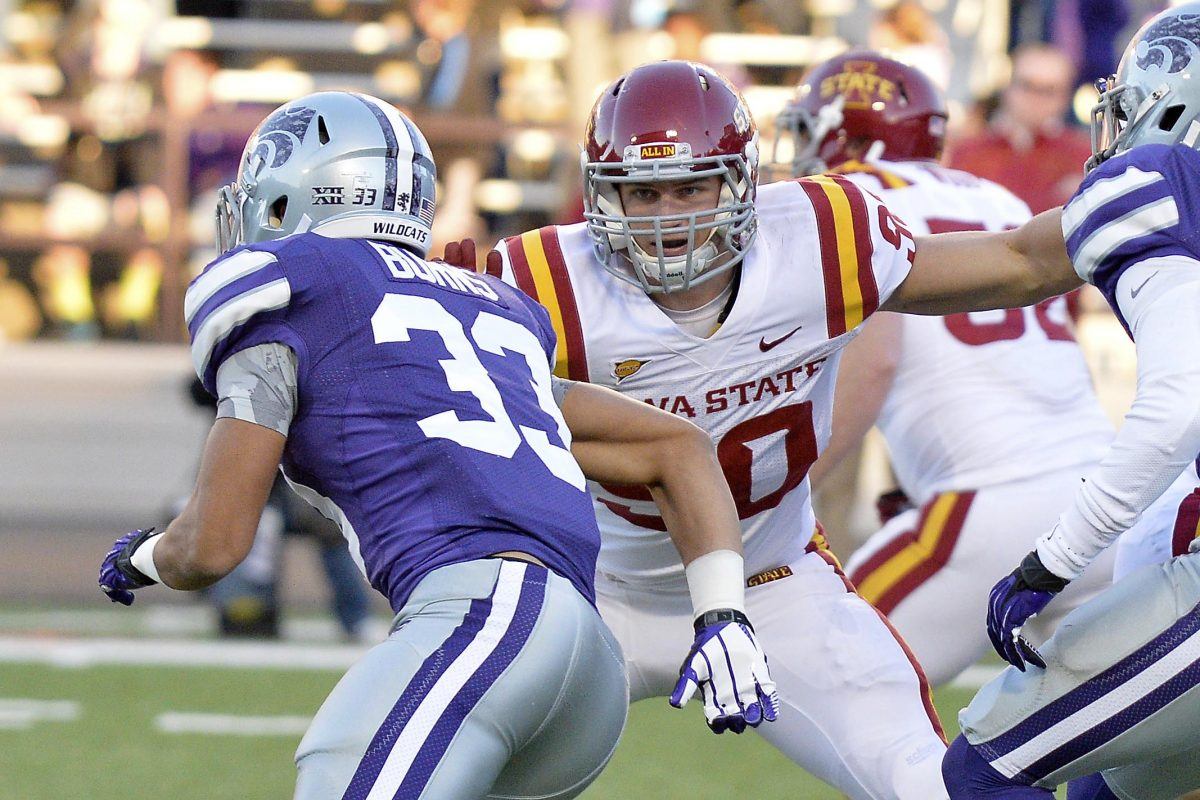 Mitchell Meyers’ long road back to the football field could come to an abrupt end when Northern Iowa visits Jack Trice Stadium on Sept. 3.

The 6-foot-4-inch, 255-pound, redshirt senior has worked to just see the field in Iowa State’s season opener after being diagnosed with Hodgkins Lymphoma only 18 months ago.

After two weeks of fall camp, Meyers likely won’t just see the field — he might start.

“Oh yeah, he may start,” Iowa State head coach Matt Campbell said after the Cyclones’ scrimmage on Friday. “Right now, I think, that’s a thing that he’s battling for is will he be the starter in the first game. Will he play? For sure. Will he start? That is another question right now for us.”

Meyers started the 2014 season at defensive end before a lack of depth forced him to move inside early in the year. He recorded 30 tackles, two of them for loss, while being one of only four Cyclones to start every game.

He was listed on Iowa State’s summer depth chart at the Leo position with an “or” next to his and senior Gabe Luna’s names for the starting spot. Now, he’s moved back to his natural position of defensive end and continues to battle for a starting role.

“I think he’s still getting back and, shoot, he didn’t even get spring ball learning what we’re doing,” Iowa State defensive coordinator Jon Heacock said. “Every day is, ‘Should I do this or should I do that?’ All that’s fair. I give him a lot of credit. He’s learned really fast, sharp guy and great effort, but still learning, even out there today. Still asking questions and still learning.”

There is no doubt it will be a special, and impressive, moment when No. 58 runs out of the tunnel on Sept. 3. It will become a truly memorable one if he is on the field for the first defensive snap. 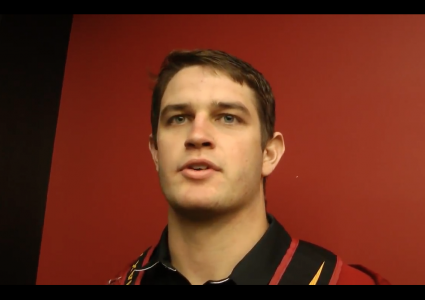 CFTV: Mitchell Meyers on his last game as a Cyclone