Finding and evaluating point guard talent has been one of the top priorities for the Iowa State coaches during the July live periods. With Monte Morris graduating after next season, Donovan Jackson is the only other floor general that is set to be on the roster in 2017-18.

That’s why Chicago three-star Elijah Joiner became one of the staff’s top priorities after picking up an offer earlier this month. The Cyclones were the 6-foot-3-inch, 190-pound, prospect’s first Power 5 offer.

“The process is going great,” Joiner told CF in a text message this week. “I’m really enjoying it!”

Joiner also holds offers from UAB, Illinois State, Bradley, DePaul, St. Louis, Toledo and a handful of other mid-major programs. He said he’s been getting interest from Arkansas and Butler, but neither school has offered yet. “Somewhere with great academics (and) family environment,” Joiner said when asked what he’s trying to find in a school. “Somewhere I can play right away and (has) great coaching staff that I can trust.”

Joiner is a big guard that could slide over to the two-guard at times in college. He has a good looking shot and is very capable from behind the 3-point line too.

On film, Joiner shows an ability to get to the rim and finish down-low. He is also an above average rebounder with athleticism that should only grow once he is in a college strength and conditioning program. 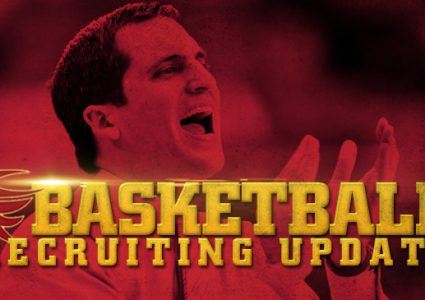