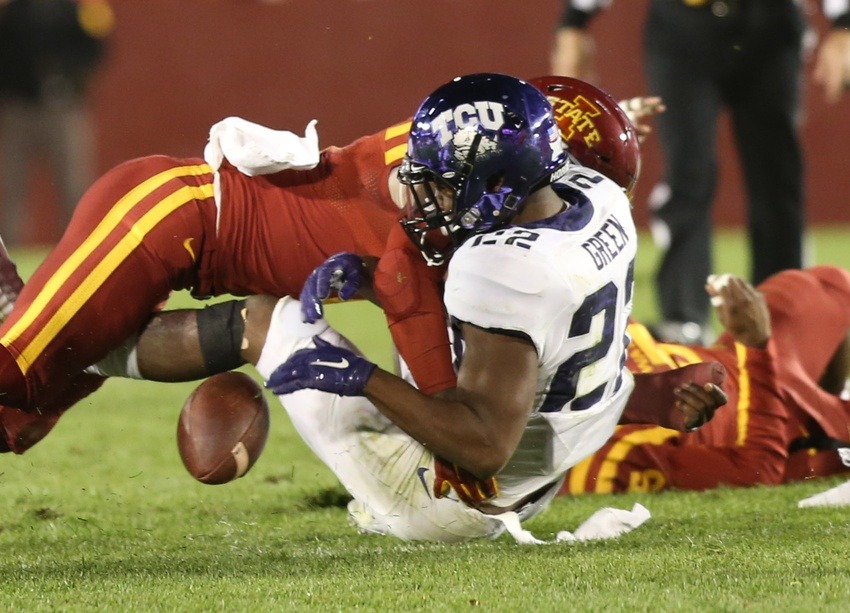 Regardless of circumstance, anytime that you lose an experienced player who started every game the season before, it’s a zinger.

That was my immediate reaction on Thursday afternoon when Iowa State broke the news that senior linebacker Jordan Harris was transferring (I’m hearing to Southern Mississippi).

Full disclosure: It sounds like Harris (third on the team last year in tackles with 70) was on the verge of being beat out of his starting spot by sophomore Willie Harvey (fourth on the team in tackles with 59). It’s always a good thing when young guys step up and beat out the veterans. It’s also important to keep in mind that Iowa State is moving to a primary 4-2-5 look on D in 2016 so fewer linebackers will be on the field.

It doesn’t surprise me that Harris didn’t have a great spring considering the change in defense. He had to redshirt his first year at Iowa State due to the fact that the mental transition from JUCO to Wally Burnham was too much. He likely would have been much better during fall camp.

But this conversation is more about depth and less the individual player. In this offseason alone, three linebackers have left Iowa State’s program – Luke Knott and Levi Peters to injury and Harris, who is opting to play closer to home.

What’s next at the linebacker position?

Harvey, who the Rhoads and Campbell staffs all seem to be in love with, will start. Write that down in ink.

After that, I’ve heard that Kane Seeley had a solid spring so I’d pencil him in right now. But still, it’s hard for me to write that Seeley is a proven Big 12 player because he isn’t (which doesn’t mean that he can’t be).

After playing him at cornerback this spring, do you move Jay Jones back? It’s a possibility, but he lacks the physicality (and size) to play there.

Brian Mills had 41 tackles a year ago. He will need to step up.

After that, I’m stumped.

Like I wrote about last week’s loss of wide receiver Jauan Wesley (although I’d argue that Harris is a much bigger loss), losing Jordan Harris isn’t a season-ender for Iowa State. But it certainly does hinder the program’s depth at the linebacker position in a massive way.