Iowa State fans will have a chance to see senior guard Naz Mitrou-Long on the court again before next season. Mitrou-Long and Iowa State head coach Steve Prohm made it official on Monday that the senior guard will make his return from double hip surgery during the YMCA Capital City League this summer.

“I think Naz will play. I haven’t sat down and really dove into it,” Prohm said at the Cyclone Tailgate Tour stop in Carroll. “Whether they play twice a week, three times a week, once a week, I don’t know but I think the majority of them will play.”

Mitrou-Long, who enters next season fifth in school history with 162 made 3-pointers in 96 games, sat out most of last season after having double hip surgery during the offseason. He shot 39 percent from deep as a junior in 2014-15 then his percentage dipped to 29 percent in the first eight games of 2015-16.

The league will be a good chance for Mitrou-Long to get back into game action before his senior season. Even though competition isn’t always top level, it is nice to play against someone besides teammates once in a while.

Prohm also mentioned that junior college transfer guard Donovan Jackson most likely won’t play in the league while he continues to recover from a broken wrist. 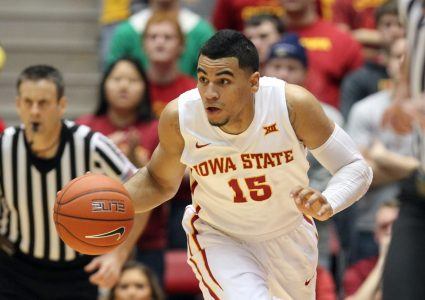