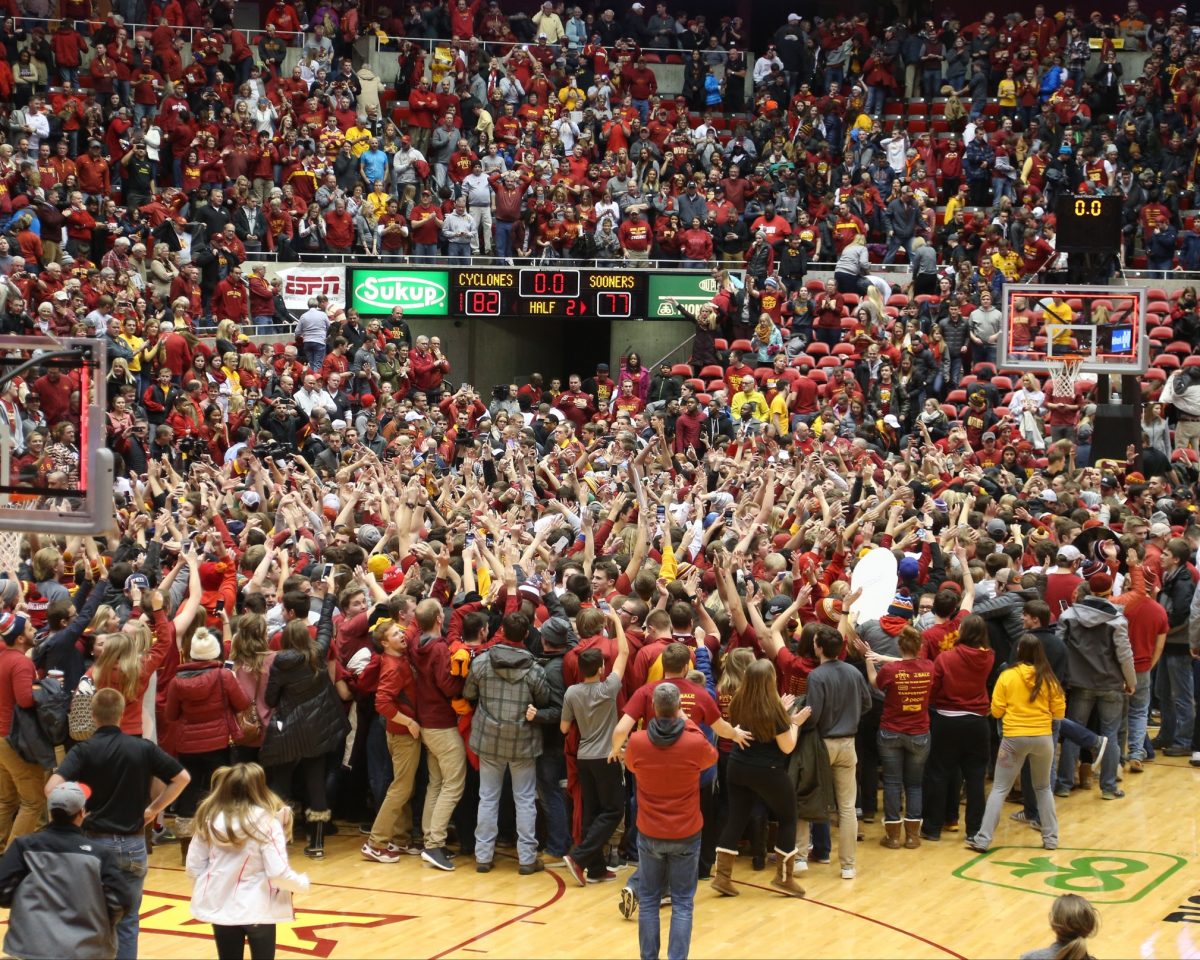 AMES — Make no mistake about it. This is Steve Prohm’s basketball team now.

After an impressive, backs against the wall 13-point road win at Kansas State on Saturday combined with No. 19 Iowa State’s 82-77 victory over top-ranked Oklahoma on Monday, good luck trying to find anyone to argue that these days.

It’s crazy how quickly the tide can turn when it comes to sports – especially in college basketball. It was a ridiculous, rogue and radical opinion of one vocal fan but the point remains: I truly don’t think that most people actually understood the depth and difficulty of the job that Prohm took over from Fred Hoiberg last summer.

Hoiberg, who admirably rebuilt this program and eventually led Iowa State to four straight NCAA Tournaments (for the first time in school history), is now the head coach of the Chicago Bulls.

Let me repeat that: The Chicago freaking Bulls! That’s a top five basketball coaching job in the entire world!

When it came to getting the most out of talent, getting massive personalities (and sometimes egos) to play together and game time x’s and o’s, Hoiberg is elite. He just is. We have seen him coach circles around Bill Self how many times now? Hoiberg learned how to be a head coach on the job in the Big 12 against guys like Lon Kruger and Bill Self.

So in June, here came a mild mannered southerner who talked about his faith and quite possibly hasn’t spoken a swear word in his life. This guy from the mid-major ranks was supposed to take over this team (with no depth and a handful of very strong personalities) and waltz straight to the Final Four with no bumps in the road at all?

There were bumps (losing Naz Mitrou-Long mainly) and honestly, Prohm has impressed me more in the last two weeks than at any point when Iowa State was unbeaten early in the year.

Poise. This man is full of it. Up or down, he’s as steady as they come.

“I think of it as coach really just challenging us,” Georges Niang said. “When people are counting you out, can you stick together? And all of us have our own goals and own aspirations but we know we need each other and this season. I think the biggest thing is after we hit rock bottom we came together and realized that where I have flaws.” I sent Prohm a text after Monday night’s win, congratulating him on beating No. 1.

“We won the day,” was his response.

So boring, but so humble. That’s exactly what I expected.

Along with experienced players who will do just about anything to win, that attitude is why after starting 1-3 in league play, Iowa State is in the position it is in right now.

“You can’t live in the highs and lows,” Prohm said. “This league’s too good. You look at Oklahoma, they’ve got to go to Baylor now. We’ve got to go on the road to TCU and TCU lost at Kansas by seven. You’ve just got to stay in the moment and get rest tomorrow and then Wednesday for the hour we’re on that floor, they’ve got to bring it. We’ve got get better. Guys need to be in there wanting to get better. If we continue to do that, we’ll get better.”

The Cyclones most definitely are getting better. Despite giving up a ridiculous 17 Oklahoma 3-pointers, that was the best defensive game that Iowa State has played all year (more on this later).

“You don’t want to let anybody down,” Prohm said. “That’s the biggest thing here because you know the situation you walked into. I’m just happy for my seniors and happy for these guys.”

Iowa State fans are passionate but they are also smart. Iowa State fans appreciate hard work and hustle. That’s really all that they ask for. Give it your all and they’ll give you their hearts.

The Cyclones played their asses off on Monday. They are responding to coaching and for the first time in weeks, Iowa State basketball is trending upward again.

Matt Thomas’ defensive evolution: You know, Matt Thomas’ growth as a defender over two and a half years really is amazing. Thomas, who scored 12 points to go with his nine rebounds in the win, was assigned the chore of defending the Big 12’s leading scorer Buddy Hield on Monday night. Hield got his 27 points but it took him 23 shots to do so.

“I just think he competes and competes,” Prohm said of Thomas. “He’s got good size. He’s tough. He understands the scouting report.”

Overall defense: Oklahoma was just stupid from 3-point range. The Sooners went 17-of-32 from behind the arc but only made 32 percent of their two-point shots. For the most part, those weren’t wide-open threes either – they were tough shots.

“I’m proud of our guys because we get killed and ridiculed for our defense and we held Oklahoma to 77 points and 42 percent shooting,” Prohm said. “We made toughness plays tonight. We’ve just got to keep doing it.”

Has Abdel Nader finally bought in?: True story: A little under a week ago, I compared Nader to former Cyclone Percy Gibson, who was well known for never passing the basketball. He’s had a wild senior year.

Nader has had games where he’s scored and rebounded well but turned it over multiple times while taking five or six awful shots along the way. It’s been frustrating to watch, however Monday might have been his most complete game ever as a Cyclone. Time and time again, we watched Nader penetrate into the lane and kick it out to a wide-open teammate. He wasn’t forcing the issue and the result was a 20-point, four rebound performance in 34 minutes of action. When Abdel Nader is playing like that, Iowa State is incredibly difficult to beat. Key stats: A few numbers that really stood out to me from the box score…

— Iowa State got zero points from its bench.

State milestone: This stat is absolutely amazing to me: Three Iowa schools (UNI over North Carolina, Iowa over Michigan State and now Iowa State over Oklahoma) have beaten the top-ranked team (at the time) in college basketball this year.

Iowa is the 30th most populated state in America. Our state isn’t exactly plush with high-major talent either. It’s just a wild, cool stat.

“The state of Iowa has obviously been great to me and basketball is alive and well here,” Niang said. “Basketball is at an elite level in Iowa and I’m proud to be a part of it.”