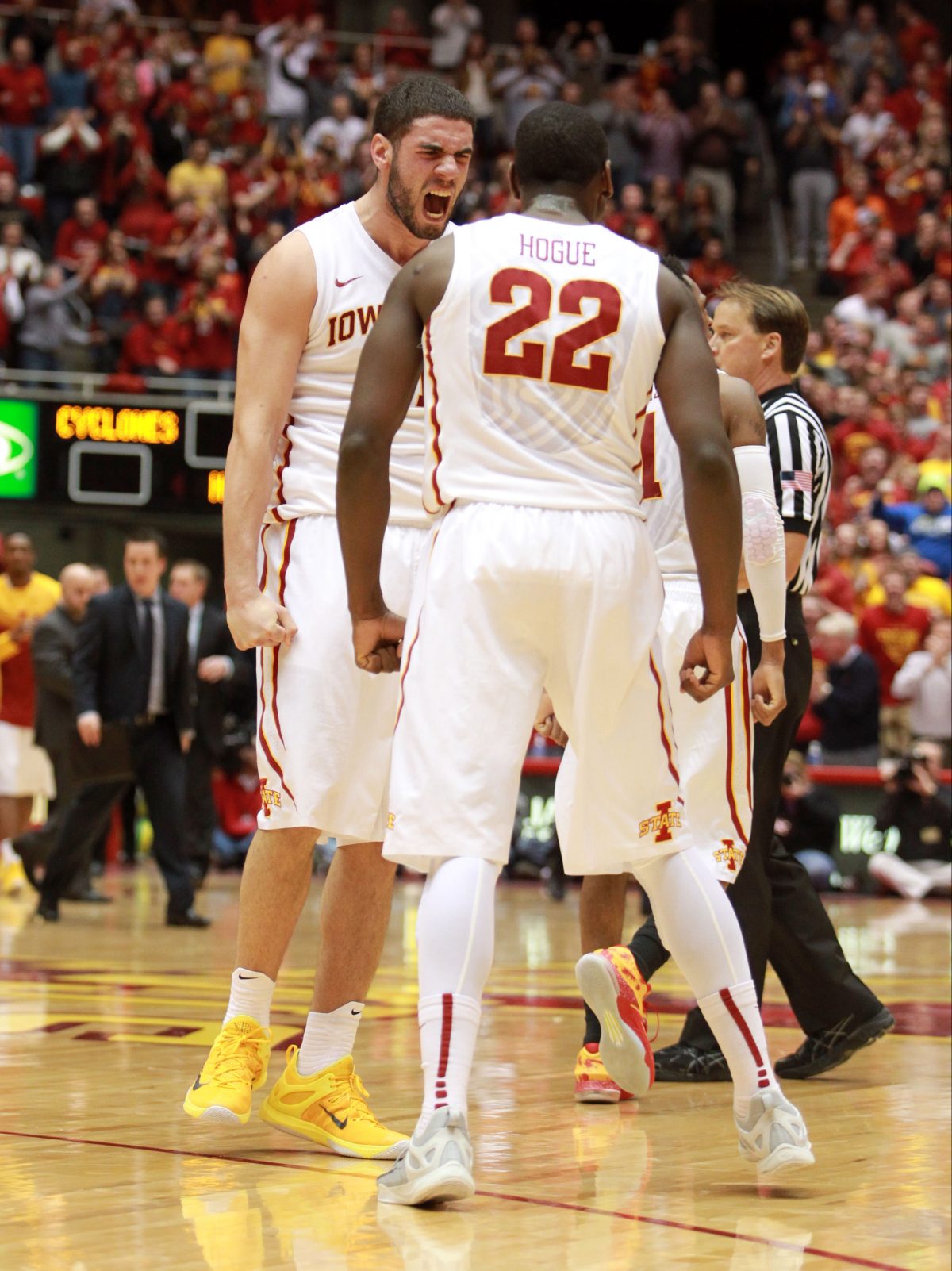 Iowa State sophomore Georges Niang had just scored a then career-high 24 points and celebrated his first win over Iowa.

The precocious rising star said all the right things, giving credit and thanks after a tense 85-82 triumph, but couldn’t resist a finishing jab.

“At the end of the day, we all know it’s a Cyclone State,” Niang said.

Fast forward to the present.

Niang’s now — he swears — logged off Twitter, where he once seemed a constant presence. There’s a “hard hat” ethic that drives the 6-8 All-American’s “win the day” mentality. He’s humble, almost serene at times, and …

Cy-Hawk week still fires him up.

“I’ve never felt like I’ve bit off more than I can chew, ever,” said Niang, who, when prompted, served up mild (by his standards) trash talk in Tuesday’s news conference. “So, no I don’t think there’s any added pressure — and if there is, that’s a privilege. Pressure’s a privilege.”

So is taking part in this game, as a player, coach or fan. The atmosphere’s charged. The cheers (and boos), deafening. Each transition layup conjures a roar; each missed free throw begets a groan.

“I appreciate the rivalries,” said first-year ISU coach Steve Prohm, whose top rivals during a successful stint at Murray State included Western Kentucky and Austin Peay. “I love the rivalry games because you want to play in big games. That’s what you signed up for. But, on the other side is, you have to prepare the same way. You don’t prepare any different and it is the next game. And our motto that night will be the same thing, We’re just trying to win the day and go 1-0.”

Crucial matchups circumnavigate the showmanship. Niang famously (or infamously — depends on who you root for) blew a kiss to the Iowa student section while helping to punctuate a 90-75 win at Carver-Hawkeye Arena last December. Thursday, he’ll be tabbed as the primary defender on Iowa’s Jarrod Uthoff and he approaches that task with the seriousness it requires.

“He does a lot of good things for their team,” Niang said. “He’s on a hot streak right now and I got to see a lot of him at the Nike Skills Academy (this summer). He’s a good player, so they’re really playing around him. It will be interesting to see if he’s going to come out more aggressive than he has in the past years.”

“Uthoff, just the matchup with him will be big, it will be important,” Prohm said. “They’ll play him all over the floor. I was watching tape today. He’s at the 3 some but he’s at the 4, so Georges will have to match up with him sometimes. He’ll have to do a great job there.”

Abdel Nader will draw Uthoff duty at times, as well. Nader — one of five Cyclones averaging 13 points per game or better — scored a then career-high 19 in last year’s win and eagerly accepts the challenge.

“I look forward to checking Uthoff a little bit,” Nader said. “But to be honest, it doesn’t really matter to me. I’m just ready to play.”

Same goes for Monté Morris, the NCAA’s assist-to-turnover record holder, who’ll check Iowa’s Mike Gesell at the point. Same goes for Naz Mitrou-Long, who’ll likely match up with Iowa’s version of him, Peter Jok. Same goes for Jameel McKay, who will play in his first Cy-Hawk game while battling for interior turf with Adam Woodbury.

Niang likes that matchup in particular.

“Jameel is like Usain Bolt when he’s running the floor, so a guy that can rim run, protect the rim, rebound, added toughness — he just adds a whole different dimension when you have a big guy out there who is just going to outwork every other team’s big guy,” Niang said. “So he’s a huge X-factor. I would say he’s really the X-factor in this game.”

The Cyclones seek to beat the Hawkeyes for the seventh time in the past nine meetings. The only stretch of dominance in the series that exceeds that is Iowa winning eight of nine Cy-Hawk games from 1974-1983. Iowa hasn’t won a regular season game in Hilton since 2001, when the sitcom “Friends” was a top-five rated prime time show.

Niang was eight-years-old at the time.

“I expect them to come in and try to make it a blood bath to be honest with you,” Niang said. “Obviously we beat them the last two years and then us going into their place — and I’m sure you guys are going to put all this trash talk the I’m doing now everywhere, so it’s going to be great bulletin board material. So I’m sure they’re going to give us more than their best shot.”

He wouldn’t have it any other way. From “Cyclone State” proclamations to improvised kisses wafted toward hecklers, this is Niang’s last go-around with the state’s great roundball rivalry.

And even though he’s from Massachusetts, that means something.

“If I only went 2-2 with Iowa, what’s the point of playing?” Niang said. “So obviously the goal is to go 3-1 and we obviously want to beat them and continue our hot streak and keep on improving every day.” 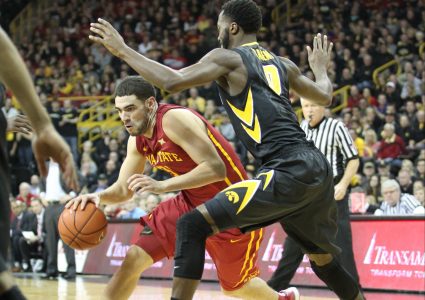 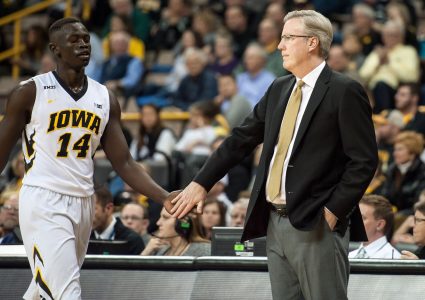