Senior point guard Nikki Moody scored a career-high 30 points on 11-of-18 shooting and dished out five assists. The scoring output bested her previous high of 24 against Stony Brook earlier this season.

The Cyclones trailed by as much as 20 during the second half. Moody was the only Cyclone to score in double-figures.

The Cyclones will be back in action on Saturday when the West Virginia Mountaineers invade Hilton Coliseum for a 6 p.m. tip.

Hooked again! Cyclone women pull off the sweep against Texas 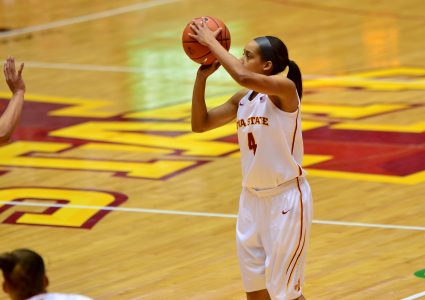