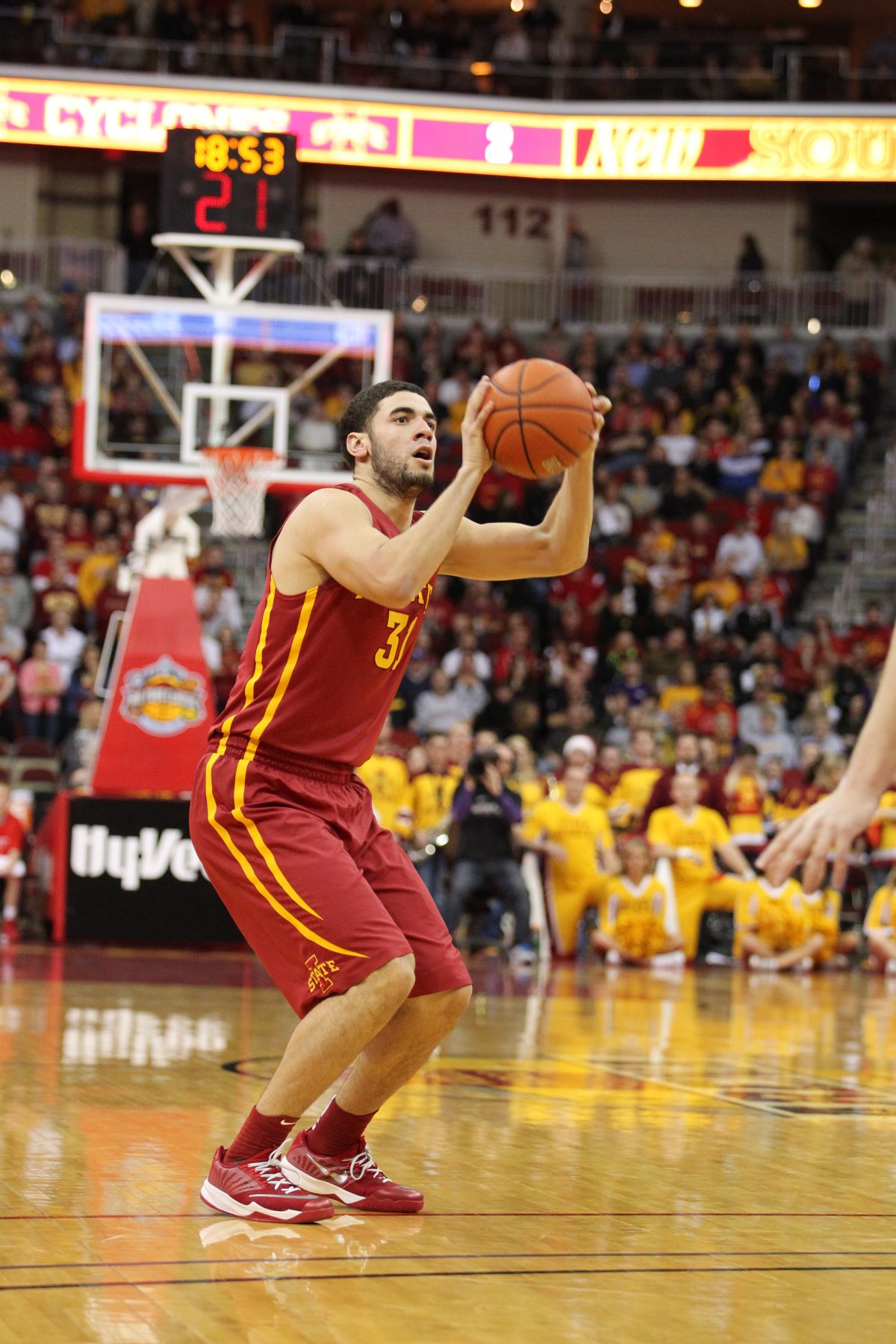 ISU’s closer tried, but this time his shot went awry.

“This is another opportunity for our team to learn,” ISU coach Fred Hoiberg said on the Cyclone Radio Network postgame show. “Hopefully we’ll be better for it.”

“I just think we came out really slow in the first half and they weren’t missing,” said Dejean-Jones, who reached double figures in scoring (14 points) for the first time in conference play. “Every shot they put up was going in. We tried to do a great job of fighting back, but unfortunately we couldn’t come out with a win.”

The Jayhawks came back to beat Baylor (13-3, 2-2) by one point last week in Waco and come to Ames Saturday for an 8 p.m. tip that caps off a first-ever ESPN College GameDay experience at Hilton Coliseum.

“We’ll put a game plan together and hopefully go out there and play well,” Hoiberg said.

Wednesday, playing well came too late. The Bears stormed to a 16-1 lead while hitting their first four 3-point attempts. The Cyclones used a 21-6 run spurred by bench players Jameel McKay and Abdel Nader to pull within two, at 34-32, until Baylor closed the half with a 12-2 spurt.

It devolved into catch-up mode all night for ISU, which was outrebounded on the offensive glass 19-9, but shot 10 of 19 from the 3-point line to stay within striking distance before the final push.

Clutch shooter Naz Long went 5-for-5 from beyond the arc and 7 of 8 overall to lead ISU with 19 points. Morris added 11 points and nine assists and McKay chipped in eight points and four blocked shots while battling back spasms.

“They hit us with a hard punch at the beginning,” Long said. “I feel like we were playing catch-up for a lot of the game. We went back and forth for a little bit but we fell short.”