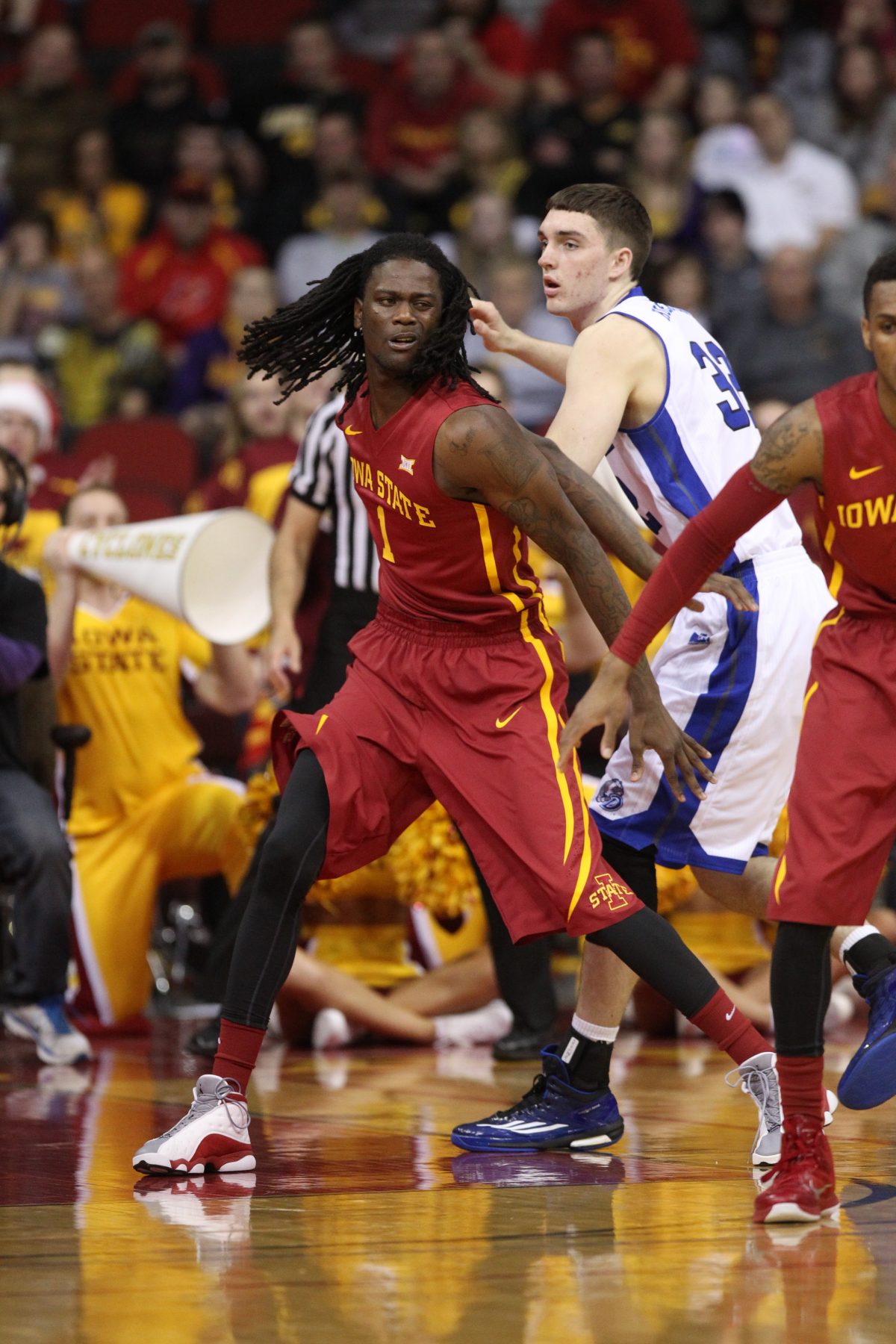 And the 6-9 super sub winced after each one of them. That’s because McKay’s battling back spasms that almost kept him out of the second half of the No. 11 Cyclones’ tough triumph inMorgantown.

Good luck relegating him to the bench for Wednesday’s 8 p.m. game at No. 22 Baylor, though.

“If it’s up to me, 100 percent I’m playing,” said McKay, whose powerful presence in the paint has bolstered ISU’s already-improved defense. “We’ve just got to see what my back does. I think I’ll be able to play.”

So does Cyclone coach Fred Hoiberg, whose team (12-2, 2-0) will likely need McKay’s ability to alter shots and run the floor against the Bears (12-3, 1-2). But the pain was so severe by halftime in Morgantown, Hoiberg thought about sitting him in order to help him heal for the long haul.

“He’s been getting treatments,”Hoiberg said. “He came in on our day off (Sunday). He feels a lot better today — he’ll probably get at least two treatments today, two more tomorrow. He’ll get a treatment when we get to Baylor to get that thing loosened up, but again, those minutes now, when you’re out there playing in an actual game compared to playing really on the scout team for the first couple months of the season, it’s s so much different — the intensity level. Again, you’re playing against grown men in this league right now and it’s not going to slow up. There’s no real light at the tunnel to say, “OK, this is going to be an easy game.’ The rest of our schedule out with our league and then, hopefully, in postseason play, it’s going to be a grind.”

McKay said the spasms began flaring up right before the Oklahoma State win. They worsened after a hard foul sent him to the floor. He popped right up, in part, because he knew his back could tighten up if he stayed down for long.

“I knew if it got stiff right away then I probably wouldn’t have been able to play again,” McKay said.

So plenty of treatments and stretching have been employed to help prevent that from happening. McKay said he didn’t expect to do much if any live work in Monday’s practice.

“It’s not something that’s going to get healed in one day, two days,” said McKay, a Marquette transfer who became eligible on Dec. 20. “It’s going to probably linger for maybe a week or so. I’ve just got to do whatever it takes to make it get better.”

So far — back spasms aside — McKay’s been even better than advertised. He’s averaging nine points, 6.3 rebounds and three blocks in 22.3 minutes over the past four games.

“The blocked shots have been fun,” McKay said. “It’s been fun getting back with the team, helping them out anyway I can. I’m just excited to be back on the court and ready to be 100 percent.”

He won’t be the latter on Wednesday, but he’ll likely provide plenty of the former.

“I anticipate him being fine,”Hoiberg said.