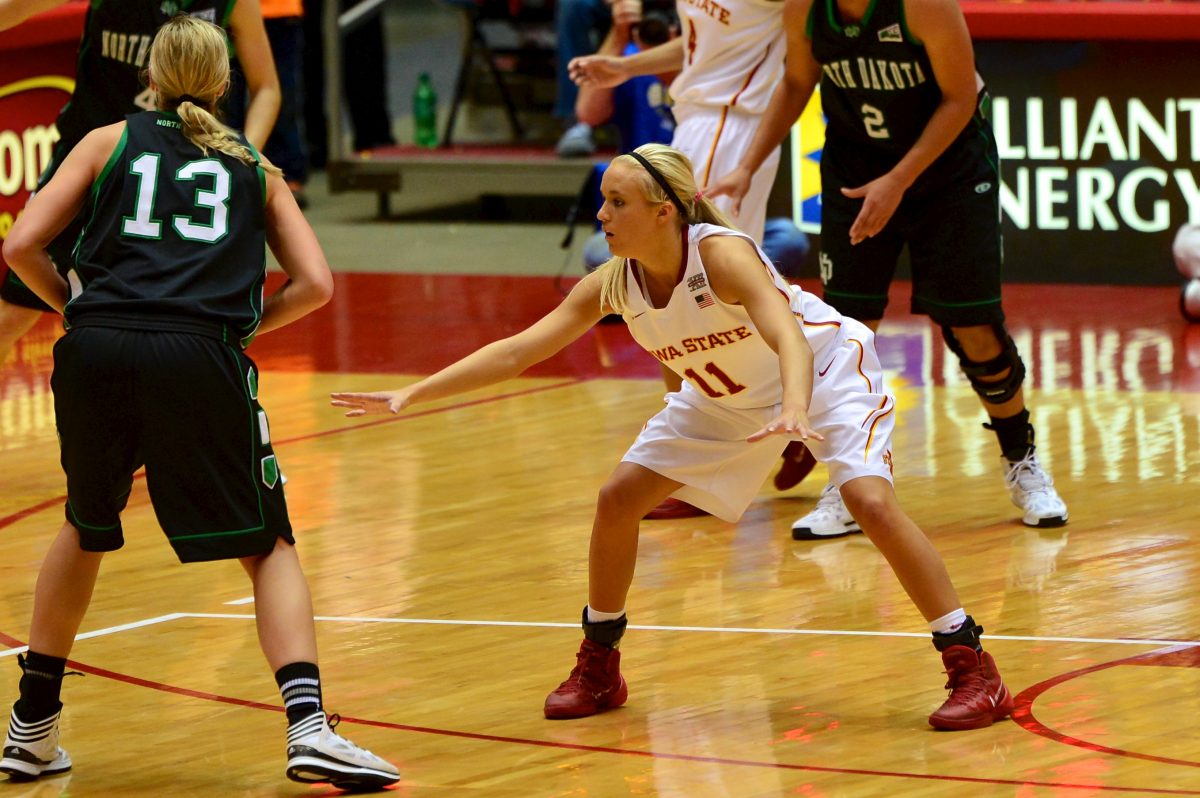 On Saturday, the Iowa State women’s basketball team (9-2) will begin the second phase of its season – Big 12 play. The Cyclones host the Kansas State Wildcats (10-1) at 1 p.m. inside of what is anticipated to be a packed Hilton Coliseum.

“They have a great philosophy. Like they did at TCU, they’re going to play zone,” Fennelly said on Friday. “It’s the same kind of philosophy, different personnel set than he had at TCU, but that’ll change as he recruits his own kinds of kids. They’ve done a really good job.”

The Wildcats’ zone has worked nearly to perfection through the first half of the season. They lead the nation in scoring defense allowing only 45.8 points per game. They are also fifth nationally in steals per game with 13.8.

“They turn you over a lot, which is surprising, that doesn’t sound logical in a zone, but they’re in the passing lanes a lot,” Fennelly said. “The style they play is a little different than most.”

The Cyclones will be aided by the return of sophomore guard Jadda Buckley, who missed the last three games with a “stress injury” in her right foot. Junior guard Kidd Blaskowsky will continue to start in Buckley’s place, but Fennelly expects to get somewhere around 20 minutes from the former All-Freshman Big 12 team member. How she will get those 20 minutes is a different issue.

“We’ve got to be smart about how we use her, is it at backup point guard, is it somewhere else,” Fennelly said. “There’s a lot of moving parts there. It’s not just Jadda plays 20 minutes. Where do those minutes come from? But it’s good to have those minutes. It’s good that she’s back.”

Even though Buckley hasn’t played in almost three weeks, she still knows what is coming during the Big 12 season.

“Big 12 is always competitive,” Buckley said. “This is games that are going to be intense throughout the whole time. You have to play from the beginning, so that’s always exciting. Good competitive games, that’s what we’re here for.”

How the Cyclones will handle the zone is the biggest question entering the game. Kansas State’s opponents average over 20 turnovers per game, so the Cyclones keeping that number low will be key number one. I expect them to try and push the pace against Kansas State’s 2-2-1 press and keep the zone from getting back and getting set up. In the halfcourt, one of the best ways to beat a zone is working the ball into the middle. If the Cyclones can get the ball inside, that should, in theory, open up shooters on the outside and then all that’s left is knocking down shots.

This will Iowa State freshman Bryanna Fernstrom‘s first time seeing a true Big 12 forward in Kansas State’s 6-5 sophomore Breanna Lewis. Lewis enters the game averaing 12.5 points and 3.5 blocks per game, so it will definelty be a challenge for the young Fernstrom.

It will be interesting to see how Coach Fennelly uses Buckley in her return from injury. She seemed to have hit her groove with her 25 point performance against Iowa in her last game before the injury. But, nobody can expect that kind of performance in her first game back, if she is even close to that level Iowa State is that much tougher to guard. 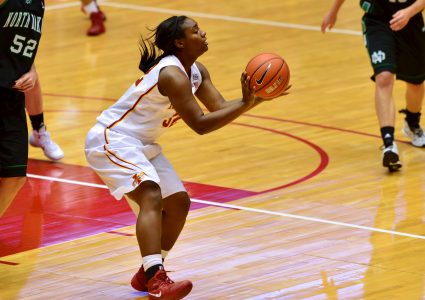