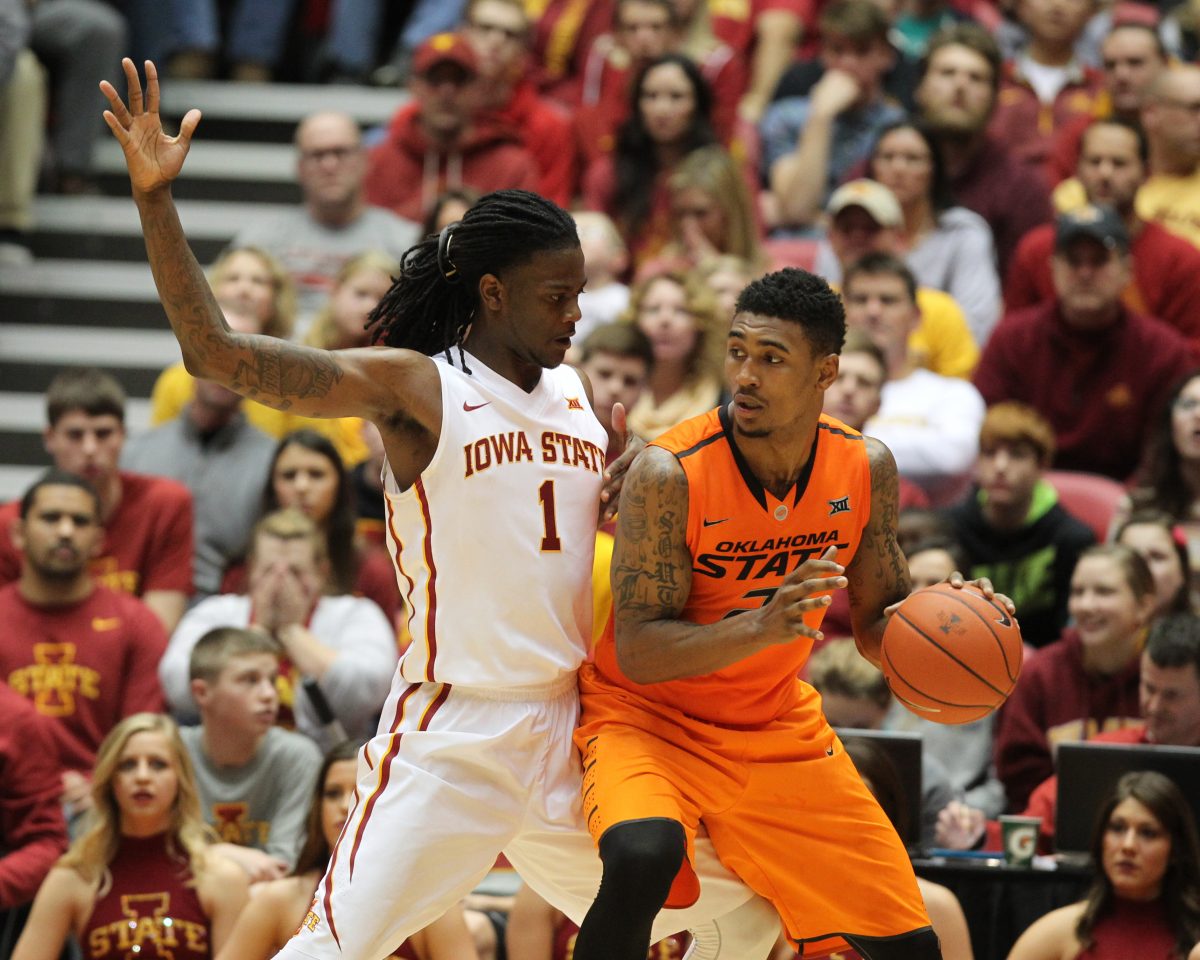 Who are these imposters and what have they done with Hoiball? That seemed to be a common chorus from the Twitter-sphere midway through the first half against Oklahoma State. Iowa State labored on offense, missing their first eight treys en route to a season low 26 first half points. This coming off a second half against South Carolina which saw Iowa State muster only 25 points. It was middle-of-the-pack Big Ten type production and felt like watching a foreign film. Are those subtitles? I don’t understand what is going on here. Something is missing in translation.

Iowa State scored in the 60’s in consecutive games for the first time in two years. Even the Mayor was baffled, "I never thought this would be a team that would struggle to score," Fred Hoiberg said after the game.

A lot of the focus of the struggles falls on Georges Niang. Iowa State’s maestro is 6-25 from the floor over the last two games, oh-fer from 3-point land and has turned the ball over nine times. Niang was on the bench for much of crunch time against the Cowboys. But don’t ring the panic bells just yet. In his career, Niang has gone through rough patches only to re-emerge as his efficient self.

During a two game stretch at the end of Big 12 play last season, Niang toiled through a similar 5-26 from the floor, six turnover spell in losses to K-State and Baylor. He then became a force in the Big 12 tournament. Niang is too good to let two games define the rest of the season. The offense runs through him and once he gets back in the flow, the Hoiball machine can get back to familiar territory in the ’70’s and ’80’s. Don’t worry, Iowa State is not becoming Rutgers.

But a funny thing happened in the midst of the offensive woes, Iowa State located an alternative way to win: defense.

See, here is an interesting thing about life. We often discover parts of ourselves when most uncomfortable. Now, while that sounds like some motivational quote your eccentric friend will post on Facebook, it is true. Iowa State has been in unfamiliar territory over the last two games and had to rely on getting stops. Dustin’s "Hogue Smash" was the exclamation mark on the effort, but the Cyclones were excellent on the defensive end all night. They held an Oklahoma State club that was in the top 50 of offensive efficiency to a respectable .91 points per possession. (For your reference, anything below 1.0 PPP is considered good.)

It was a Tim Floyd era victory.

Since Jameel McKay became eligible, Iowa State’s defensive metrics have been outstanding. They have held each of the last four opponents under one point per possession. According to teamrankings.com, only SIU-Edwardsville (who?) and Missouri State have better defensive efficiency numbers in their last three games. Granted, Missisippi Valley State is factored into that and they are more than terrible. But the last two teams were legit, Power 5 clubs.

McKay has been better than anticipated and his expectations were already lofty. If you extrapolate his numbers to a normal 30 minutes per game, he would be averaging 13.5 points, 8 rebounds and 2.5 blocks over his first four games and that doesn’t factor in the several altered shots per game. When Oklahoma State’s LeBryan Nash couldn’t miss in the second half, Hoiberg put McKay on him and he wasn’t nearly as effective. With a 7’4 wingspan and the quickness to guard a superb athlete like Nash, McKay is so valuable on defense and a weapon that will pay dividends in the Big 12.

In the 21 Big 12 games last year (including the Big 12 tourney), Iowa State held opponents under one point per possession just five times. That needs to change if they want to win the Big 12 title.

"The thing I told the guys in the locker room is we wouldn’t have won this game last year if we shot the ball like this. Or even two years ago," Hoiberg said.

Some are rightfully pensive about the way the last two games unfolded, but I am actually encouraged. A team that has been known for its rhythm and flow found a way to survive a grinder and that is a tremendous sign for the road ahead. Because as the old adage says, "defense travels."

For the gauntlet that awaits, the Cyclones are going to need more than a stylish offense to get to the top. Ugly wins too.

WILLIAMS: There was nothing ugly about that win