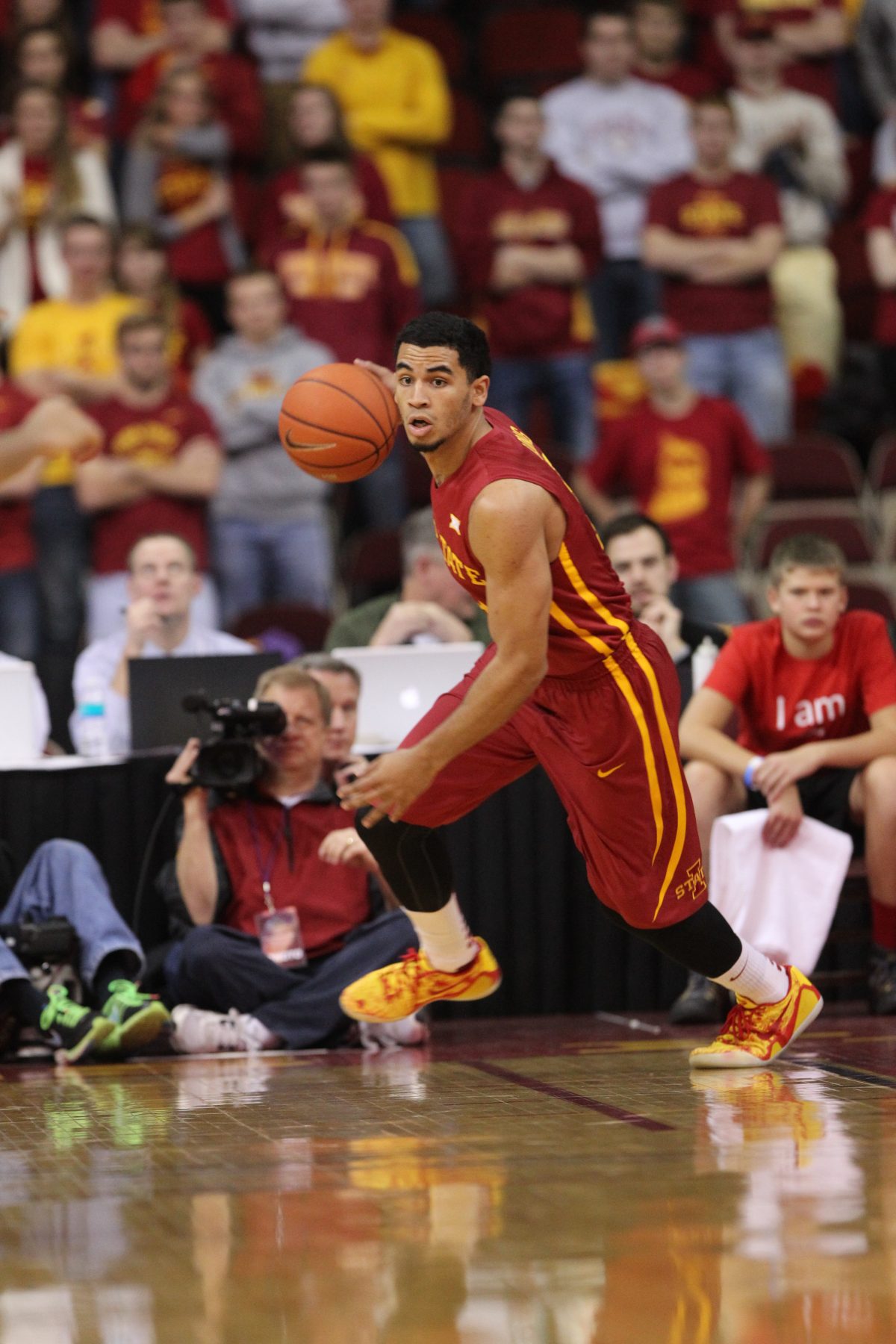 It felt good, looked good and … didn’t go in.

Call it a fluke.

Long calmly drained a corner 3 just 13 seconds later — and he was just getting warmed up as the No. 9 Cyclones crushed the Delta Devils 83-33 before a sell-out crowd of 14,384 at Hilton Coliseum.

“When I hit my first couple, guys just said my shot looks pretty well and that they were going to keep finding me,” said Long, who sank 7 of 10 3-point tries while scoring a season-high 24 points. “So it felt good. It was falling and these guys were finding me, so I kind of knew I was going to have it going.”

Long has made it least one shot from beyond the arc in 19 straight games — the sixth longest streak in Cyclone history.

The key? Not stressing over inevitable misses.

“I think last year against Kansas State he missed about five shots in a six-second span, so he’s never gonna get rattled and not shoot the next one,” said ISU coach Fred Hoiberg, who became the fastest coach in school history to reach 100 wins (he’s now 100-48). “And that’s the mentality you have to have as a shooter. That’s what makes him great. His tempo on his shot right now is so good. It’s fun to watch him. When it leaves his hand, you’re shocked if it doesn’t go in.”

That same sense of wonderment could have been applied to any missed shot from the Cyclones in the first half. They were that rare. ISU (10-1) shot 66.7 from the field — but a dismal 2 of 9 from the line — en route to a 47-18 lead at the break.

“Just energy, rebounding,” Hoiberg said, of McKay, who played his second game as a Cyclone. “Doing a little bit of everything out there for us.”

MVSU (1-12) tried to slow the pace and kept it close early, trailing just 10-7 with 15:21 left in the first half. Then ISU struck for the first of two 13-0 runs. Long sparked it with two of his 3-pointers. McKay capped it with a layup. Game over — but no one thought this would be a game from the start.

“I felt we really kept our foot on the gas,” said Cyclone forward Georges Niang, who scored eight points on 4 of 5 shooting in very limited duty.

Bryce Dejean-Jones had eight points in a similarly short span — and notched game highs in assists (six) and steals (three).

By midway through the second half, ISU’s starters had been pulled permanently. That allowed walk-on Kourtlin Jackson to soar for a poster-worthy dunk in the waning minutes of the Cyclones’ nonconference home finale.

“It’s a good opportunity to get out away from home and travel; similar to a road game,” Hoiberg said. “Hopefully we handle it better than we did (in the loss to Maryland) in Kansas City.”

Monte Morris improved his nation-leading assist-to-turnover ratio to 61 to 10. He had five assists to one turnover Wednesday. … ISU picked up its 500th win at Hilton Coliseum. The Cyclones are 500-166 all-time where the “Magic resides. Hilton opened in 1971. Hoiberg was born in 1972. … Abdel Nader had a career-high four assists. Two went to McKay for slams. … Free throw shooting was a struggle for the second straight game. The Cyclones are 17 of 33 from the stripe in that span. McKay is 0 of 6.