Iowa State announced the news in a press release on Friday afternoon.

“Nikki’s attitude in the team setting has become a distraction to our learning environment,” Fennelly said in the release. “We have high behavioral standards to allow us to develop our team in a way that we can have success on and off the court and her behavior has been inconsistent with those values. Nikki can return to team activities if/when improvement is seen.”

Moody trailed only Hallie Christofferson on last season’s scoring chart for the Cyclones, averaging 12.5 points during her junior campaign. She also averaged a team-high 5.3 assists per game. 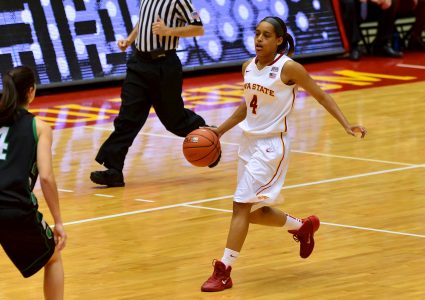