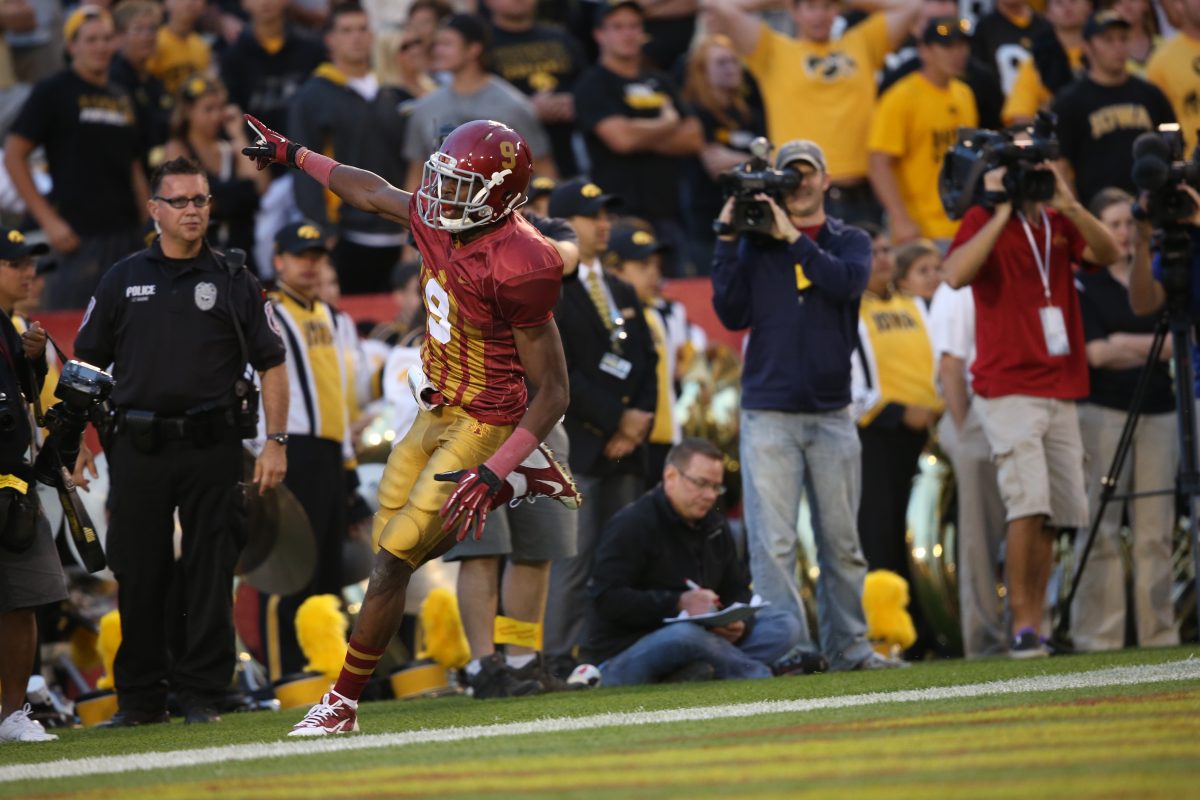 AMES — The jury is still out on Sam Richardson the quarterback, but don’t question the man. The sophomore proved on Saturday night he is tough as nails.

Fighting through an injured foot, Richardson completed 22-of-39 passes for 260 yards and three touchdowns in a 27-21 loss to Iowa. Trailing 27-7 in the fourth quarter, Richardson nearly rallied Iowa State to a comeback victory.

“I’m proud of how our football team played the game until the end,” Iowa State coach Paul Rhoads said. “There were some very dark spots we could’ve folded it in and let this game turn into a route. We played until the final play.”

No one exemplified that better than Richardson. Clearly limping, the agile QB was rendered stationary and took a number of brutal shots from the Iowa defense.

Instead of quitting, Richardson gutted it out. The sophomore tossed two touchdowns in the final five minutes and provided a glimmer of hope in what’s turned out to be a tough start to the season.

Playing on the state’s biggest stage, Bundrage was the most explosive player on the field. Bundrage finished with seven catches, 146 yards and three touchdowns.

“We haven’t had those kind of explosive plays in a game in four years and two games,” Rhoads said. “Hopefully, that’s the start of a piece that this offense has been sorely lacking.”

On Bundrage’s first TD grab, the wide out beat Iowa cornerback B.J. Lowery on a hitch, broke a tackle and sprinted down the right sideline for a 67-yard score.

Bundrage kept darting past the Hawkeyes defense in the fourth quarter, scoring from 26 and 17 yards out.

“We were taking shots,” Bundrage said. “We weren’t taking shots earlier in the game. That’s pretty much the difference.”

If Bundrage keeps playing like he did against Iowa, the Cyclones won’t have any choice but to air it out deep.