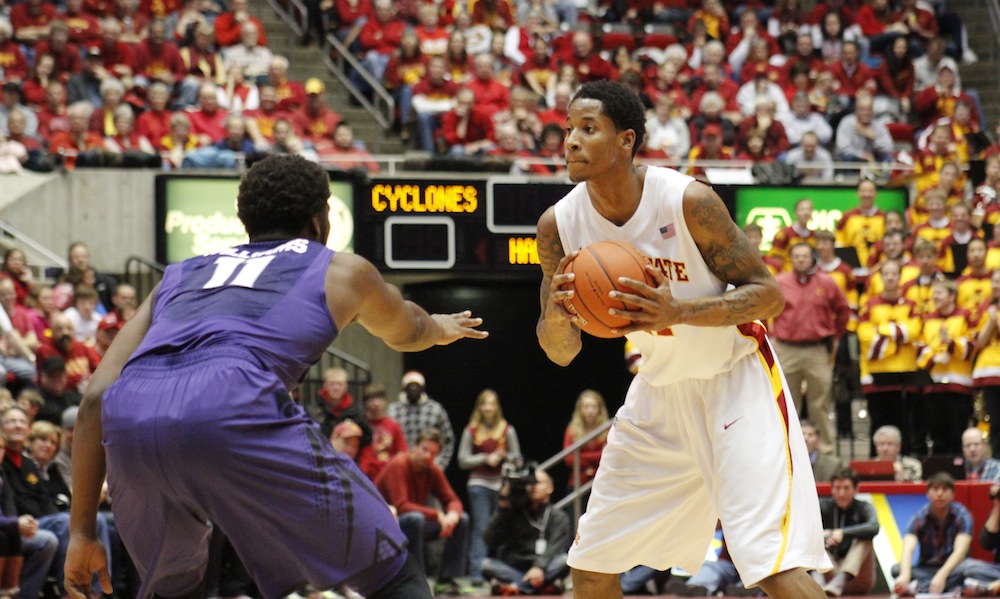 This was always going to be a big basketball game for Iowa State and Kansas State. It’s just that three weeks ago, we all assumed that it would be for positioning in the Big 12 Conference. Maybe these programs would be duking it out for second, third, fourth or perhaps even fifth in the league as mid-February nears.

Then TCU shocked Kansas on Wednesday night and now, everything is different.

Both Iowa State and Kansas State enter Saturday’s contest with legitimate Big 12 championship thoughts in mind. Kansas State is currently tied with the Jayhawks at 7-2 in league play. The Cyclones are one game back and with a home game against Kansas still left on its schedule (Feb. 25), within striking distance as well.

As one guy put it Thursday after the Cyclone Fanatic Radio Show at BenchWarmers, “We (Iowa State) control our own destiny.”

It sounds crazy and he was half-joking but that fanatic was spot on. Here’s a look at tomorrow’s critical road game.

When Bruce Weber and his Kansas State team left Ames on Jan. 26 (after a 73-67 Cyclone victory), a lot of heads were hanging. After the Wildcats began conference play with a 4-0 record, KSU had just dropped two straight vs. Kansas (at home) and Iowa State. However that losing streak didn’t last long. The Wildcats rebounded to win their next three over Texas, at Oklahoma and at Texas Tech.

What makes this match-up so fascinating tomorrow is the fact that Iowa State of course is the Big 12’s top-ranked offense. Kansas State, who has held its last three opponents to an average of 55.3 points (and 23.5 percent 3-point shooting), is the league’s top-ranked defense.

Every time you play Kansas State, Weber’s best player Rodney McGruder is going to be a focal point of your defensive game plan. Guess where Chris Babb will be tomorrow? McGruder 6-for-11 and scored 13 points in round one. Because of Babb, McGruder is much less of a match-up nightmare for Iowa State compared to most teams in the Big 12.

Will Spradling is the Wildcat that has my attention leading into tomorrow. He went 4-for-5 from downtown against the Cyclones earlier this season and led Kansas State with 15 points in that game.  Iowa State’s Tyrus McGee has gotten lost on defense quite a few times this season, giving up threes along the way. Because of that, Spradling is a big concern, especially playing at home on Saturday.

Will Clyburn, who is averaging 21.3 points per game in his last four, is playing like an elite player in the league right now. Add to that – the fact that Iowa State just played what was arguably its most complete basketball game of the season, an 83-64 rout of Oklahoma on Monday night.

Iowa State has won three straight over Kansas State and two of three games in Manhattan.

The Cyclones get criticized often for not being a good road team but I think you can argue against that. From a win-loss standpoint, no, the Cyclones aren’t as good on the road as they are at home. But dig a little deeper and you’ll see that in two of Iowa State’s three road losses (Kansas and Oklahoma State), the Cyclones actually played well. Those were games against what are in my opinion, the best two teams in the Big 12.

Texas Tech was another story, one that if you’re hanging out at CycloneFanatic.com, you’d like to forget.

The fact that the “experts” are on the bandwagon right now makes any Iowa Stater a bit hesitant and full disclosure – I don’t have a great feeling about this game from the standpoint. Here’s where I do feel good though:

As I mentioned above, Iowa State was right there on the road at Kansas and Oklahoma State. Right there. In fact, any objective basketball mind would probably tell you that those are games that the Cyclones should have won.

My point is that when these Cyclones “get up” for a road game, they are more than capable of winning. This isn’t like some of those Eustachy/Morgan teams (Orr too) that when they left Hilton, you knew that they had only a very small chance of winning. If this team brings it like it did against the Jayhawks and the Cowboys, it will win tomorrow.

If it brings anything less and that will not be the case. I’m going against my better judgment here and picking the Cyclones to win for two reasons:

1)   Because after impressive wins over Baylor and Oklahoma, this team is hitting on all cylinders right now. The Baylor win was especially impressive as Iowa State did it by going 4-for-24 from 3-point range. There’s something about winning ugly that I love. It proves that you can take care of business in multiple ways. I didn’t think Iowa State had it in them to do that. I love it when the Cyclones prove me wrong.

2)   Because we haven’t seen any sort of a letdown at all since the Texas Tech loss from Iowa State. It is one thing to say that you learned from a bad experience. It is another thing to actually learn from the experience and not let it happen again.

Kansas State’s physicality down low scares me. So does the fact that in Ames, I thought that Iowa State got a lot of calls…But that’s also the game where the Cyclones couldn’t hit a free throw to save their life.

What’s most important though in my mind is this question: How can Iowa State just not show up when it is playing for a league championship? I think that pound for pound, the Cyclones are better than Kansas State and that’s why I’m picking Iowa State in a thriller. 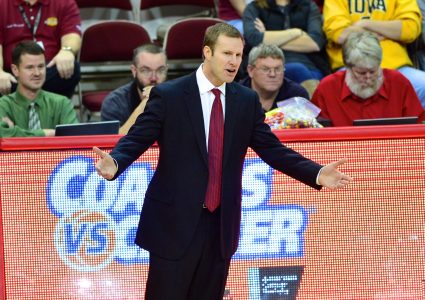