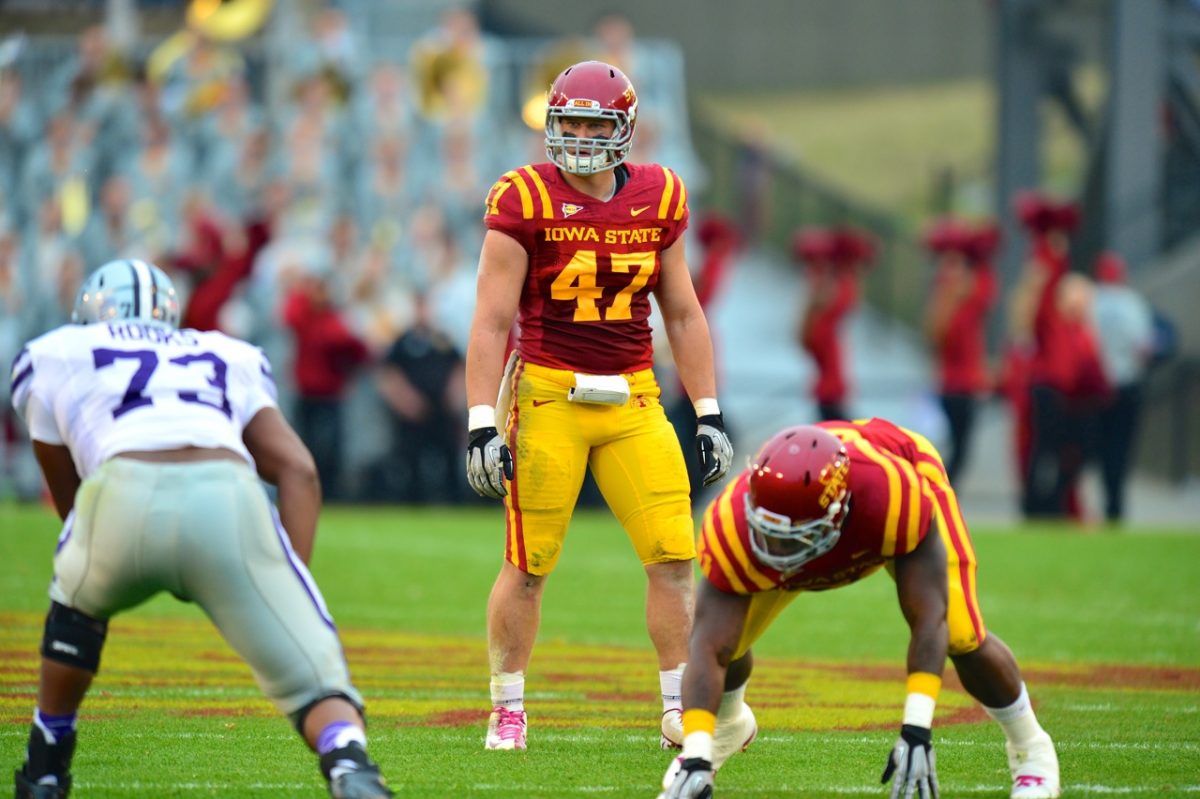 There have been some legendary Iowa State football teams, but this 2012 version may be the most enjoyable to watch as any of those in the past. They are the epitome of what makes Iowa State University so unique in the first place: unified, gritty and never flashy.

This team has pieced together six wins despite an avalanche of obstacles that would have derailed most weak-minded squads. The Cyclones have played three quarterbacks a multitude of snaps, fought through some inconsistent production on offense, lost their All-Big 12 linebacker midway through the season, dealt with injuries to numerous other starters and played a meat-grinder of a schedule that has not afforded them any semblance of a break.

This team has no Sage Rosenfels, no Reggie Hayward, no Seneca Wallace, no Ellis Hobbs, no Tim Dobbins, no Bret Meyer and no Austen Arnaud to lean on in rough times. Yet, the zero superstar mentality has equated to a blue-collar work ethic that has permeated throughout the new Cyclone football complex. Ask 20 different Cyclone fans who is the leader of this team and you may get 20 different answers. There is a brotherhood with this bunch that has risen above any individual.

Each Iowa State victory has has had a different Cyclone take the reins.

And those were just the headliners. Even in games that ended in losses there were admirable performances  from AJ Klein against Texas Tech, Ernst Brun against K-State and Durrell Givens and Jeremiah George against Oklahoma to name a few.

And we haven’t mentioned Cyclone stalwarts like James White, Jeremy Reeves, Cleyon Laing, Jake McDonough and Kirby Van Der Kamp who are so remarkably consistent that their efforts seem commonplace.

The same reason Iowa State received little to no respect in the preseason has paved the way to the their third bowl game in four years; when there is no marquee name on the roster, everyone has to up the ante. The "All In" moniker has become more than just a catchy slogan on the weight-room wall.

The Cyclones have managed to win six games, despite being the only team in the nation to be 90th or worse in both total offense and total defense to have a winning record. The Cyclones are like Jim Furyk’s golf swing or John C. Reilly’s acting career: not always pretty, but effective.

And we get one final time to see this collection of men in Jack Trice Stadium, with the nation’s eye on ABC along for the ride. West Virginia brings in the ultimate contrast to Iowa State. If the Cyclones are carrying a lunch-pail and hard hat, Dana Holgorsen’s group counters with a five course meal and three-piece suits. The Mountaineers have flash and speed and names galore. Geno Smith, Tavon Austin and Stedman Bailey are once-in-a-decade talents all suiting up on the same offense.  They have more sizzle on one side of the ball than Iowa State has had in the last century. But luckily for Iowa State, the game isn’t won on a magazine cover.

It creates a back-drop for a fascinating regular season finale in Ames. Throw in the dynamic that these teams are playing for the plausible opportunity to go to Phoenix or San Diego instead of Houston/New York/Dallas and the incentive amps to another level.

For the Cyclones, Friday presents more than the chance for a warm weather prize. It is the shot to send off 26 seniors to a victory in their final game in front of 55,000 Cardinal and Gold faithful. This is a group that has earned absolutely everything. Years from now when we think of the start of the Paul Rhoads era, it will be the dedication of these Cyclone warriors that first comes to mind.

Sure there are some seniors that have received more recognition than others, but it is the togetherness and nameless nature of this unit that has cultivated the next step of Cyclone football. Paul Rhoads may have created the "All In" mantra, but they have lived it every day. One-by-one they will be honored prior to the game on Friday, but they will walk off as ONE team.

These ‘fellas are Cyclones for now and forever. And Cyclone Nation couldn’t be more proud.