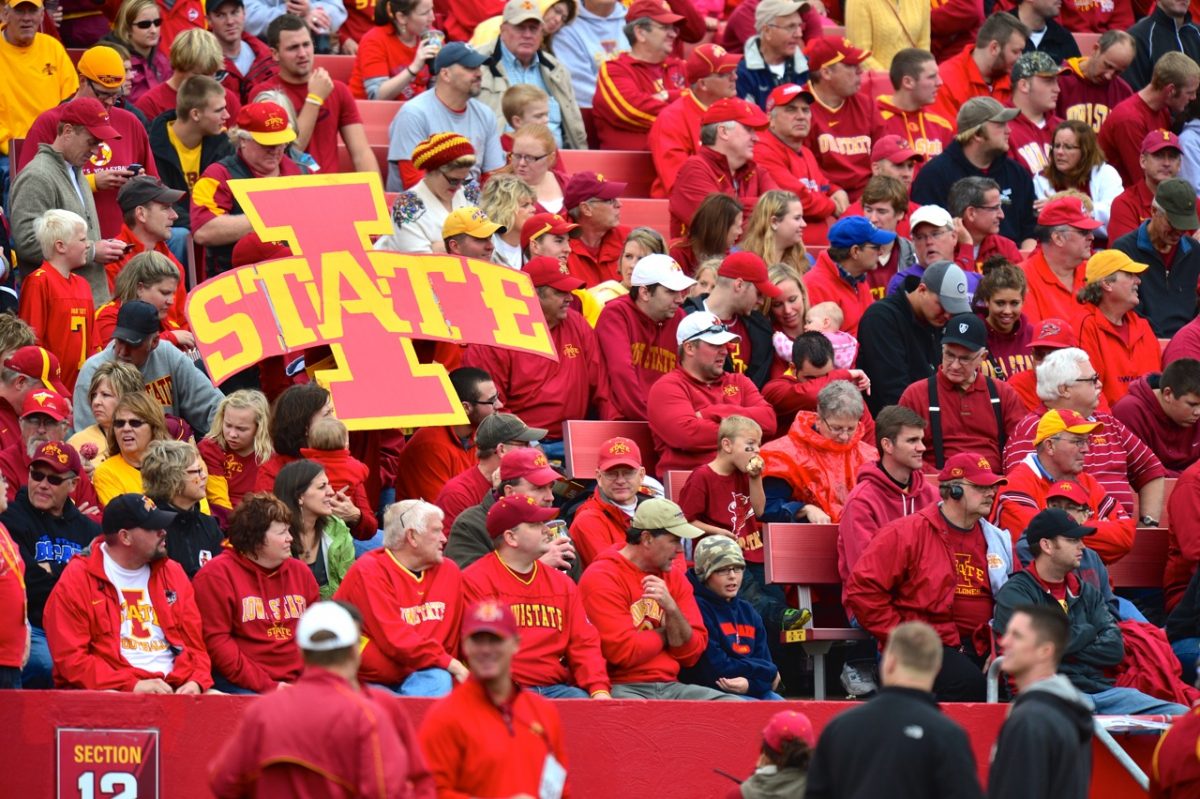 Florida (-6.5) vs. Georgia – This one seems like a no-brainer does it not? Go with the hot team right? Not so fast my friend. Give me the Dogs to cover this one. I don’t know why but I feel a Gator letdown coming.

TCU @ Oklahoma State (-7.5) – After an emotional home loss last week, I just don’t see TCU and its young QB going on the road and competiting with one of America’s best offenses. Yes, OSU has QB issues of its own but it’s Mike Gundy. It just doesn’t matter. The Cowboys will score enough to cover.

Texas Tech @ Kansas State (-7.5) – Line seems low does it not? Vegas knows something…Don’t care. I’ve been on the KSU bandwagon since this summer. I’m not getting off now.

Notre Dame @ Oklahoma (-10.5) – I’m not sure how Notre Dame will be able to score on Oklahoma’s defense. Having said that, I don’t have much of a feel for this game either. Give me the Sooners but I’m not confident.

Michigan @ Nebraska – Another game that I’m in the dark about. When in doubt, pick against Nebraska though right? I’ll go Michigan.

Florida (-6.5) vs. Georgia – Florida continues to steamroll through the SEC and covers.

Notre Dame @ Oklahoma (-10.5) – Which Oklahoma team will show up? I think their hot streak continues and they throttle the Golden Domers. Sooners make a statement and cover.

Michigan @ Nebraska – Helps that the game is in Lincoln but it will be hard for the Huskers to slow down Robinson.  Michigan

Florida (-6.5) vs. Georgia – Florida’s offense must get going. They play better and Gators cover.

Notre Dame @ Oklahoma (-10.5) – Notre Dame offense struggles and the vaunted Irish defense will be exposed by the Sooners. I like OU to cover.

Michigan @ Nebraska – Battle of the WR’s at quarterback. I like the home team.

Baylor @ Iowa State – Our offense is a mess with injuries and inconsistent QB play. Baylor will put up points, don’t think we can score with them. Baylor.

Notre Dame @ Oklahoma (-10.5) – The Sooners will hit the Irish like a brick wall this week. A Notre Dame perfect season comes to an end but don’t worry loyal fans, they’ll still remain at an undefeated 0-0 record in their conference.  Zing.  Sooners cover.

Baylor @ Iowa State – With a QB situation that may end up in a coin flip prior to game time, I think we’re all grateful for this Big 12 match up this week.  I’m looking forward to the Baylor offense vs. ISU defense battle. Clones win.

Florida (-6.5) vs. Georgia – Florida is looking legit and everyone is jumping on their bandwagon, which means it’s time for me to jump off.  I think Georgia’s defense will force Florida to throw and they will struggle.  Georgia wins 20-17

Notre Dame @ Oklahoma (-10.5) – I love Notre Dame. I generally always cheer for Big 12 teams in non conference games but have to cheer for my Irish on this one.  With that said, I don’t trust their offense.  I think OU’s defense cranks up the pressure and they roll Notre Dame 27-10

Baylor @ Iowa State – Perfect game to get the offense on track and playing with confidence heading into the OU game next week.  Whoever the QB is, is going to get time in the pocket and have receivers open.  Can they than make the play?  I say yes.  Iowa State wins 34-31

Florida (-6.5) vs. Georgia – Florida has been very good to me this year. That is horrible reasoning but I’m sticking to it.

TCU @ Oklahoma State (-7.5) – We’ve seen both of these teams and I’m curious about the Cowboys with Lunt at QB assuming he is near healthy. I think Okie State is likely to win but TCU has been playing well and Boykin is really looking solid. Frogs cover on the road.

Texas Tech @ Kansas St (-7.5) – The Wildcats have proven to be a really good team, really good. But I am firmly on the Tech bandwagon despite their close win in Fort Worth last week. I think K-State wins but I’ll take the Red Raiders to cover.

Notre Dame @ Oklahoma (-10.5) – It will be interesting to see how the Sooners offense performs against the second best scoring defense in the NCAA (0.805 points allowed per possession) but I’m not sure the Irish will score much either. We’ll see if Stoops can re-establish himself as "Big Game" Bob…I’ll take OU to cover.

Michigan @ Nebraska – Who knows? Who cares? When in doubt cheer against the Huskers, I’ll take the Wolverines.

Baylor @ Iowa State – A lot of intriguing matchups here when comparing the offenses and defenses. Last year ISU left the middle of the field open and got gashed on the ground. This year I think stopping the run will be the priority. On the flip side if the ISU offense can’t run against Baylor who can they run against? I’ll take the Cyclones in a nail-biter.

Florida (-6.5) vs. Georgia – I went 1-5 last week, I have never been so crushed. I place the blame entirely on Florida. I don’t think I have selected one of their games correctly all year. They are the Macaulay Culkin of college football. How did they date Mila Kunis for 10 years?! How do they keep winning? Help me out Georgia, end the charade. Georgia 20 Florida 17.

TCU @ Oklahoma State (-7.5) – Oklahoma State beat Iowa State with a one-legged quarterback. I could have done without that info. This is a tough one, that extra half point is taunting me. TCU backdoors this thing. Oklahoma State 30 TCU 24.

Notre Dame @ Oklahoma (-10.5) – Oklahoma always makes me nervous in these situations. They have dominated for three straight weeks and look unbeatable. But inevitably they have a later October/early November stink-bomb. I hope that comes next week in Ames. Oklahoma 31 Notre Dame 13.

Michigan @ Nebraska – Scott Frost comes out in a spirited battle with Brian Griese. But the difference is Charles Woodson on special teams, he proves to be too much for the Huskers. Oh wait…that was 15 years ago. Never mind, don’t care.  Nebraska 28 Michigan 24.

Baylor @ Iowa State – When Baylor first came to Ames in 1997, Iowa State was winless and struggling in every area. It was a chilly, late October day with the temp hovering around 40. The scoreboard operator was poking fun at the Bears and posted the temperature at -32 degrees in the pre-game warm-ups. I think Baylor believed it. It was one of the few games I can remember where temperature played a significant advantage. Iowa State won 24-17 for their only win on the year. This year’s game will have a temperature that is almost identical as the one in ’97. I think it’s a sign. Just need Darren Davis. Iowa State 35 Baylor 34.

Florida (-6.5) vs. Georgia – Georgia just isn’t well coached. They have all the talent needed but they can’t play like they should. Flordia covers 31-17

Texas Tech @ Kansas State (-7.5) – Both teams defenses have looked great at times. I expect a low point total relative to typical B12 scores. TTU covers this but losses 24-30

Michigan @ Nebraska – Denard ripped NU to shreds last year. Can he do it again? Can the Nebraska running game do what they have been doing against maybe the best defense in the Big Ten? Those will determine the game but give me Michigan comfortably 27-14

Florida (-6.5) vs. Georgia – Florida is coming off a really tough rivalry game with SC. Up next, an even bigger rivalry game with Georgia. I pick against the Gators every week for no good reason and I keep getting burned. I’m doing it again this week. Give me the Dogs with the points.

TCU @ Oklahoma State (-7.5) – I’m not sure OSU has a healthy quarterback to trot out there on Saturday. Even if they did, I still like TCU.

Texas Tech @ Kansas State (-7.5) – I think KSU is legit and I think they will run the table.  I also think Texas Tech is for real. That defense should give CK some problems. Give me the points again.

Michigan @ Nebraska – Ask yourself one question. Who would Scott Siepker pick? Answer: Michigan

Baylor @ Iowa State – This is a game Iowa State needs. BADLY. I just don’t know how much confidence their offense has. I for one have little faith in that squad right now. Couple that with a banged up defense. What? You didn’t hear the Deon Broomfield came to Monday’s press conference in a cast?  Baylor.

Florida (-6.5) @ Georgia – UF has proven they are on there way back to supremacy, especially on the defensive side of the ball. This advantageous defense makes UGA QB Aaron Murray’s life a nightmare, Garors cover.

TCU @ Oklahoma State (-7.5) – This is a tough one here, because I really am unsure of what both these teams are capable of when they play their best game. I am going to say that Stillwater will be a very tough environment for the rookie QB Boykin and TCU, Cowboys cover.

Texas Tech @ Kansas State (-7.5) – I’m probably the only one that thinks this but I like the Red Raiders to cover. This is a very tough football team as they showed last week against TCU, K-State still wins but only by a few.

Notre Dame @ Oklahoma (-10.5) – The ND defense has not seen tempo like what the Sooners bring to the table. It’s going to be a close football game but OU stretches the lead late by two scores and covers.

Michigan @ Nebraska – This game puzzles me simply because Michigan’s offense and Denard Robinson have been inconsistent. I like the Huskers to win on a late field goal, 30-28.

Baylor @ Iowa State – Baykor plays faster than anyone in the conference and that can cause problems. However, the Iowa State offense is playing a defense that gives up a ton of yards and points. The Cyclones figure a way to outlast the Bears 38-34.

Florida (-6.5) @ Georgia – Too many points for an SEC game like this. Florida wins but Georgia covers.

Notre Dame @ Oklahoma (-10.5) – Didn’t think OU would be favored by double digits. I definitely think the Sooners will hand the Irish their first loss, but ND defense can keep it within 10.

Michigan @ Nebraska – Matchup between two of the worst passers in college football. I like the Huskers at home.

Baylor @ Iowa State – Iowa State needs it, but so does Baylor.  Should be a good game but I’m not sure the ISU offense can keep pace. Cyclones drop their third straight at home. 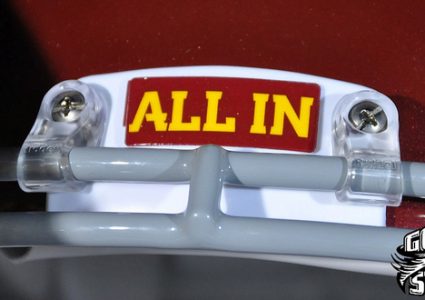 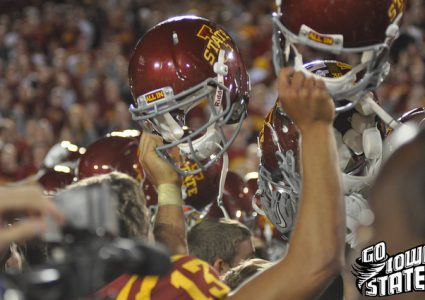