The third and final live period gets underway today and will continue through Sunday as college coaches continue to criss-cross the nation to view players of interest. Iowa State’s staff picked up the recruitment in the second live period, adding on eight new offers as a result of play during the month thus far. There are once again a multitude of events; however a few of the top events along with the players to watch are below:

Iowa State assistant Matt Abdelmassih has already indicated he is attending this event out on the East Coast, after all this is the territory he loves to cover. The Live in AC event will feature several teams to watch, in the 2013 class it includes WE-R1 and newly offered small forward Kamall Richards; New Jersey Playaz and newly offered Reggie Cameron; New Heights and Hassan Martin; CIA Bounce with Denzell Taylor and others. In the 2014 class it includes the Juice All-Stars and Isaiah Whitehead along with CIA Bounce and newly offered point guard Kevin Zabo.

Hundreds of teams lined up for one of many events out in Las Vegas this weekend.  This event will feature current commit Monte Morris and his Michigan Mustangs along with several others including the Minnesota Pump N Run teams (2014 Reid Travis, 2015’s Henry Ellenson and Jarvis Johnson and 2016 Amir Coffey).

Another event in Las Vegas that will likely be seeing Iowa State staff in attendance features several players and teams of interest as well. Current commit Matt Thomas will be out in Vegas with the Wisconsin Playmakers, hoping to keep his hot shooting alive and impress ESPN scout Dave Telep. The REACH Legends teams are slated to be in the Fab 48, including 2013 Martez Walker and 2014 Darrell Davis. 2013 Byron Zeigler and the Michigan Hurricanes, 2014 Rashad Vaughn and Net Gain Sports along with the 16U Team SCAN which includes 2014’s Chris McCullough and Shavar Newkirk and 2015 Cheick Diallo.  The 15U Team SCAN team will also be there to add 2015 Lenny Kadisha to the mix of ones to watch.

The Expressions Elite squad featuring 2014’s Abdul-Malik Abu and Alec Brennan will be in Virginia playing at the Big Shots East Coast tournament (teammate Jared Terrell will not be playing due to an injured ankle). At the same tournament will be Khadeen Carrington and the New York Lightning Squad.  The KC Prep Invitational in Kansas City may pull in some attention as well, with the Howard Pulley team of Kyle Washington and Tyus Jones along with 2013 Tory Miller of KC Run GMC who has new interest from the Cyclones. 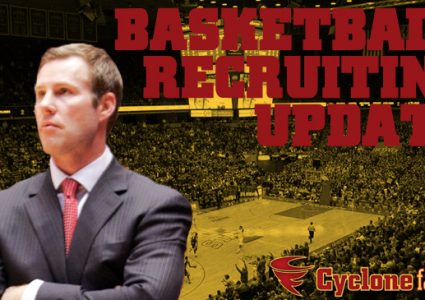