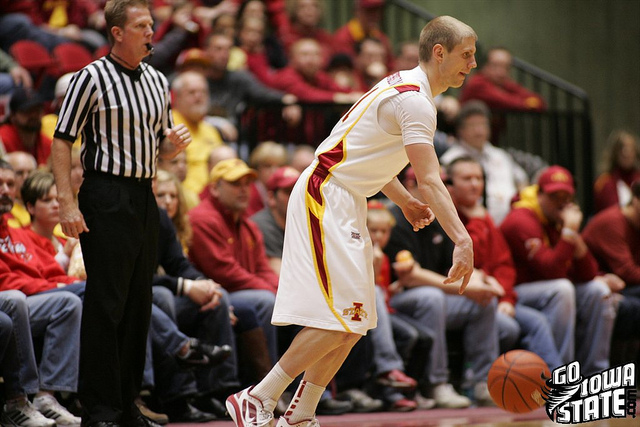 Twenty-three points. A curtain call from Iowa State’s biggest and most raucous crowd of the season. Kiss the court. Knock off No. 9 Baylor 80-72. Clinch the 3-seed for next week’s Big 12 Tournament. Drop one of the most epic quotes in Iowa State basketball history. I could go on and on…

I’m not sure that Scott Christopherson’s exit from Hilton Coliseum could have been more appropriate.

After going a combined 7-25 in Big 12 play during his first two seasons in Ames and being hindered with mono and other lingering injuries for much of his junior season, I’d say that Christopherson deserves any and all good fortunes that come his way.

Christopherson’s head coach wasn’t so blessed on his Senior Day at Iowa State.

"We lost on my Senior Day and I was awful," said Fred Hoiberg after Saturday’s win. "I was 3-for-16 and I played a horrible game."

It was a 71-68 loss to Oklahoma that still haunts Hoiberg to this day.

"Walking out of Hilton Coliseum for the last time as a player with a loss was a very disappointing thing," said Hoiberg. "I had too much adrenaline going through my system. It was an emotional game for me because I grew up five blocks from Hilton Coliseum."

Chris Allen, Christopherson and the rest of the Cyclones went out in style on Saturday night.

Not that their fate was ever in question, but Hoiberg’s program will recognize its dream of playing in the NCAA Tournament in only a few short weeks.

HILTON MAGIC: I give major props for Iowa State doing what it had to do as far as ticket sales were concerned on Saturday night. I’m not sure exactly how the ticket office came up with extra tickets behind the basket at the last minute but it certainly enhanced the atmosphere inside of Hilton Coliseum.

The crowd’s enthusiasm was easily the most animated that we’ve seen all season long and arguably as nutty as it has been in a decade.

"That’s Hilton Magic right there," said Hoiberg. "That was as loud as I have heard this building in a long time. I am so proud of our guys to send our fans off with a great feeling in our last game at Hilton this year.”

HOUSE OF HORRORS: Speaking of Hilton, how much do you think that Scott Drew despises road trips to Ames? After Saturday night’s loss, Baylor is now 0-10 all-time in Hilton Coliseum.

"They have great support here," said Baylor’s stud point guard Pierre Jackson who led all scorers with 35 points. "It got pretty loud when they made a couple of runs. Their fans really supported them tonight."

That is by no means an eye-popping quote but it did get me thinking. When a program like Baylor comes to Ames, how much do you think those players envy Iowa State’s fan base?

Think about it. Baylor is a top 10 basketball program yet it receives maybe a third (only a personal estimation) of the amount of fan support as Iowa State.

MCGEE: The guy who won’t get much credit for the win over Baylor but should is….Tyrus McGee. The junior only went 1-for-6 from the field but the one make was a critical 3-pointer that just might have iced the game. Throw all of the aside though. Watch the replay (as I have two times) and count how many saved possessions that could be credited to Tyrus. 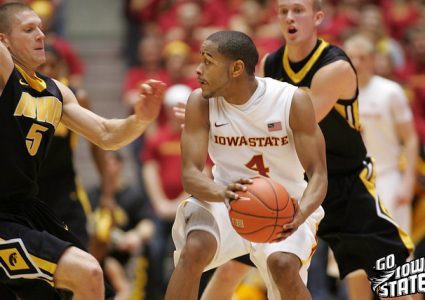