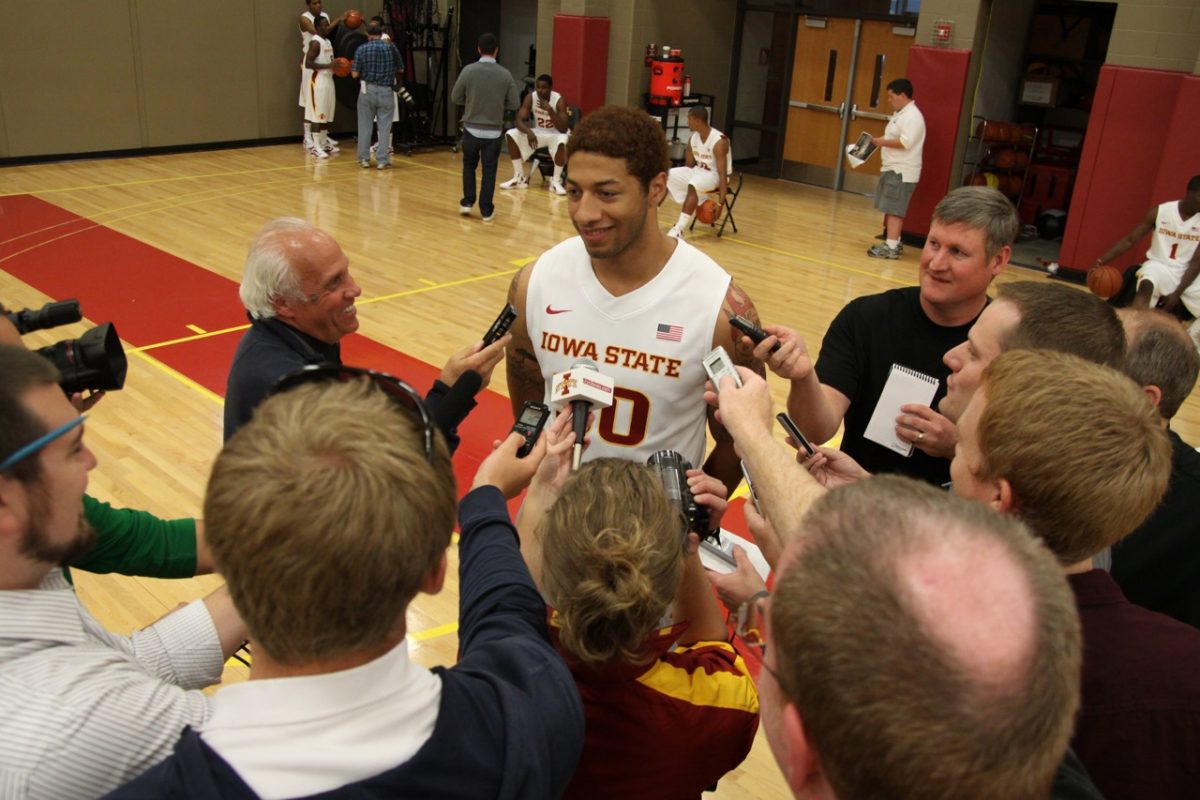 We’re counting down to hoops season here at CycloneFanatic.com. Keep checking out the site for more basketball previews from now until the exhibition season tips off on Nov.6 against Grand Valley State.

Is that Hulk Hogan?

And no, this is not some attempt to fuel to the already colossal White hype machine.

This super sophomore just happens to be really, really strong.

White, who will more than likely be a starting forward for the Cyclones this season, has a 6-foot-8, 270-pound frame.

"That’s more than anybody did at the NBA Combine, I think ever. His strength is super-human," said Iowa State head coach Fred Hoiberg. "To have somebody with that size, that ability and that touch, it’s something I’ve never seen before.”

The thing is, White doesn’t even consider himself as a weight lifting enthusiast. He didn’t come to Iowa State looking to shatter weight room records. White simply didn’t want to be that guy who got embarrassed during conditioning drills.

"What I didn’t want to do was be the one guy on the team who couldn’t bench press 185 one time," said White. "I came in kind of strong and above average as far as my natural strength goes but I definitely pushed myself during my time at Minnesota and also here to become better than average.”

In 2009, White chose his hometown Gophers over offers from Arkansas, Illinois, Michigan State, USC and Wisconsin. He was Rivals.com’s 19th ranked prospect in the class of 2009.

"I’m not an avid weightlifter. I take it seriously. It’s a lot of time and what I do with my diet, what I put in my body and what I do as far as my day-to-day routine," said White. “It’s a fun thing. It’s like a hobby record. It’s fun. It’s a little in-house fun. There will probably be some kid who comes and breaks it here maybe in the next two years. Who knows? But it’s fun for me.”

White doesn’t take all of the credit here. From the day that White stepped on Iowa State’s campus, he was pushed. Hard work is contagious.

“I remember coming home from Minnesota one weekend. I was visiting my family and I got here at about 10:45 p.m. I had a school book in my locker that I needed to get and I stopped by, not planning on working out," explained White. "Scott (Christopherson) was out there shooting. He was getting shots up at 10:45 at night. That was an indicator to me as to what kind of season we are going to have.”

White will play in his first competitive basketball game since high school on Nov. 6, when the Cyclones host Grand Valley State in an exhibition contest. The Cyclones will officially tip of the 2011-12 season on Saturday, Nov. 12 when Lehigh comes to town.