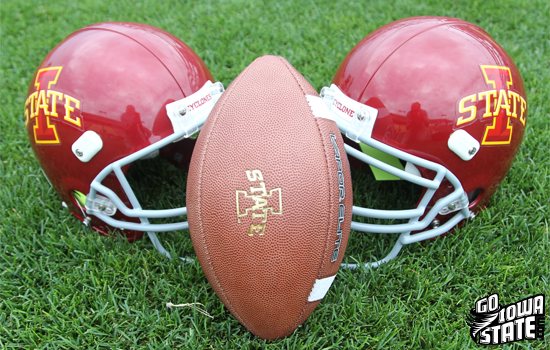 Iowa State (-13.5) vs. Kansas – When was the last time ISU one two straight games in conference by more than 14 points? It doesn’t happen very often. But than again, Iowa State winning by 34 on the road against a top 25 team doesn’t happen often either. Give me ISU 38-17.

Texas A&M @ Oklahoma (-16.5) – I think this line is outrageous. Yet, I think OU still covers. I don’t think they have gotten over the home choke job to Texas Tech and will try and make a statement against an A&M that lost a lot of confidence last week.

Missouri @ Baylor – Good to be home again. Baylor is 4-0 at home and scoring 50 points a game. Missouri has a hang over from last weeks comeback and loses.

LSU @ Alabama – Great game. Give me the home team at night. Roll Tide.

Iowa State (-13.5) vs. Kansas – KU is remarkably bad on defense. You know this. But they are historically bad. They are allowing 50 points per game, which is the worst by a team in the last 12 years. And truthfully, probably longer as the NCAA stat database only goes back to 1999. They are giving up 6.2 yards per carry, a full half yard worse than the 2nd to last place squad. For comparison Troy Davis averaged 5.5 yards per carry in his career–so essentially their defense is allowing Heisman trophy candidate-like numbers for each opponent. I’d be shocked if Iowa State is unable to run the ball. This should be a convincing win for the home team. Cyclones 42 KU 20.

Texas Tech @ Texas (-10) – Tech can’t be as bad as they showed against ISU. Just not possible. But the fact is they can’t stop the run. UT has a couple very good backs. As long as the young Longhorn QB’s don’t turn it over, I don’t see Tech being able to hang with the Horns. Texas 37 Tech 24.

Texas A&M @ Oklahoma (-16.5) – The Bob Stoops train is back on the tracks. Landry Jones passed for 500 yards last week. I know he lost against Tech (not really his fault) but why is this dude not receiving more Heisman hype. He has thrown for FOUR 400 yard games. The ACC, SEC, Big Ten have combined for three. A&M gets a late backdoor cover however. OU 45 A&M 31.

Kansas State @ Oklahoma State (-21.5) – Oh K-State, back to reality quicker than an under the table payment to Michael Beasley. Allegedly. Oklahoma State is on such a roll that I’m not sure it makes sense picking against them at any number, but I look for K-State to take the air out of the ball big-time. 21.5 is a ton of points against a ball control offense. OSU 41 K-State 20.

Iowa State (-13.5) vs. Kansas – Heck at this point even Turner Gill is looking forward to the start of Jayhawks basketball season. ISU covers.

Texas Tech @ Texas (-10) – With Texas Tech’s inconsistent play, this game is a toss up. With this being a home game, I’ll take Texas.

Missouri @ Baylor – Missouri wins another tough one on the road.

Texas A&M @ Oklahoma (-16.5) – That’s a lot of points to spot Texas A&M’s offense but the Sooners are a ticked off football team. Sooners cover but barely.

Kansas State @ Oklahoma State (-21.5) – This Oklahoma State team has to have a letdown at some point right? Conventional wisdom says so, but I’m saying it won’t be this week. Cowboys cover.

Missouri @ Baylor – I think that the Tigers got some things figured out last week but I’m not sure Missouri’s horrific pass defense can slow down RG3. Give me the Bears.

Iowa State (-13.5) vs. Kansas – So in my Cyclone fan history, I have seen two blowouts in our favor. Now, I will get to see the second straight. ISU may start slow, but it doesn’t matter. ISU 56-10

Texas Tech @ Texas (-10) – Tech has to be upset. Texas is rolling. I am going to go with who I consider to be one of the best young defensive coordinators in the game. Give me Manny Diaz and the Horns to cover. Texas-35-24

Texas A&M @ Oklahoma (-16.5) – aTm isn’t all that good but this spread looks aggressive to me especially when Oklahoma has some issues. I would be surprised to see aTm win this game but I think they do cover. OU-42-35

Kansas State @ Oklahoma State (-21.5) – I think OSU is a better team than OU. OU demolished KSU. That’s a ridiculous way of comparing things but I just don’t think that KSU can score enough or keep OSU from scoring well enough to even keep this competitive. Their only hope is a let down. I don’t think that happens and I think OSU covers. OSU 48-17

Missouri @ Baylor – Baylor was worked last week. Mizzou is getting better. I think we see their trend continue and throughout Big 12 play Baylor reminds us that they are Baylor. Mizzou wins 45-35.

LSU @ Alabama – This is certainly a game that could go down as the best ever because of the situation. I know I will be tuned in. I don’t think Alabama can beat LSU. I think LSU is too deep, too talented and most of all, they don’t have any holes. I am going to take LSU in a nailbiter and it may come down to TLMSCM (The Les Miles School of Clock Management).

Kansas @ Iowa State (-13.5) – No easy weeks in the Big XII. Iowa State will win this game but it will not be easy. Kansas comes in with a chip on their shoulder and thinking they can beat Iowa State, I expect Iowa State fans on "fan celebration day" to get their money worth and see a great football game. Iowa State wins 38-28.

Texas Tech @ Texas – Texas is playing its best football of the season right now and has something special going. I think they beat Tech and do so handily. Tech cannot expect to turn around and beat a top 25 team after the beat down last week, they’ve got a lot of work to do. Also, the Red Raider defense gave up 370 yards on the ground last week and they now will face a UT backfield who had two backs rush for nearly 250 yards and 4 TD’s. Texas covers.

A&M @ OU – I think Boomer Sooner wins again, they showed why they are one of the best teams in the country with the phenomenal turn-around against the Old Man last week. A$M is still struggling to find an identity for an entire game it’s still a tale of two halfs. A$M covers 16.5 with a backdoor touchdown in the final minutes of the game.

K-State @ Ok State – Kansas State will have a tough couple weeks in a row, getting throttled by OU last week and now going on the road to play Oklahoma State. OK State is too explosive in this one and they continue their dominance and will make a statement as to why they will be the 2nd ranked team in the BCS (Someone has to win in Tuscaloosa this weekend). OK State Boone Pickens Cowboys cover.

Mizzou @ Baylor – This a battle of two different teams right now, Missouri coming off a high beating Texas A$M last week. And, Baylor is not, losing 3 of their last 4 games. However, I think this Baylor team is going to show some resiliency this weekend and get a much needed win at home. 42-34 Bears.

LSU @ Alabama – Quite possibly the most anticipated college football game in years, two great teams undefeated in an SEC showdown in Tuscaloosa. In my opinion, this game will come down to the turnover margin whoever wins this, wins the game in this low scoring affair. I think LSU’s more experienced QB’s give them the edge in this one. LSU 19-14.

Texas Tech @ Texas (-10) – I like Texas at home but Tech bounces back and covers.

Missouri @ Baylor – Baylor is a different team at home. I’m worried they might have given up on the season but I’ll put my faith in art briles to pull out a close win.

LSU @ Alabama – Game of the century. Believe it or not the road team actually has a better record in this series. I think this game lives up to the hype and I going with Saban at home. Bama 20 LSU 27

Iowa State (-13.5) vs. Kansas – Let’s try our best not to pull at Texas Tech. My guess is that with two wins needed for bowl eligibility, CPR has everyone’s attention. Clones cover at home.

Texas Tech @ Texas (-10) – Not sure what Tech will bring to the table, but look for a spirited effort from the Red Raiders. Texas wins by a field goal.

Missouri @ Baylor – Missouri wins a shoot out in Waco.

LSU @ Alabama – LSU has played a marquee opponent and experienced the big game buildup earlier this year in Oregon. Bama has the edge in the running game, LSU through the air. Something tells me Les Miles will have his team relaxed and ready to make plays. I like LSU 23-20.