Tune into the CycloneFanatic.com/Wilson Toyota of Ames Pregame Show on Des Moines’ Sports Station 1460 KXNO from 11 to 12:30 on Saturday. Chris Williams and Tron Smith will be joined by Brent Blum, Ben Bruns and Austen Arnaud.

This weekend is full of historical significance regarding the Paul Rhoads era at Iowa State.

On two years ago to Saturday, the Cyclones rolled into and won a game in Lincoln, Neb. for the first time in decades.

Last year, after being embarrassed by Oklahoma 52-0 the week before, Iowa State traveled to and beat Texas for the first time in school history.

After being outscored by its first three Big 12 opponents by a combined 81 points, do the Cyclones have enough gas left in the tank to shock the world of college football once again?

In Texas A&M head coach Mike Sherman’s weekly press conference, the veteran was asked if he was afraid that the Aggies would overlook a Cyclone team that appears to be heading in a downward spiral.

"It’s also the same Iowa State team that beat Texas last year and beat Iowa this year," Sherman said. "I have the utmost respect for Iowa State and what they’re doing. We’re the homecoming game and we know what we’re up against."

Sherman is correct to a point. I find it hard to imagine a scenario in which the Cyclones won’t be fired up as all get out on Saturday afternoon. After going through what Rhoads described as a "lull" last week in Missouri, Iowa State has hit rock bottom. In the past, Rhoads’ Cyclones have responded well to that pressure.

“The odds makers and prognosticators have us at 1-5 right now. We’re not," Rhoads said. "We’re a 3-3 football team. Although not satisfied with that, we’re at a position to meet the expectations of our football program heading into the 2011 season."

Iowa State still has a lot to play for in this one.

"Defensively, they mix it up. They do things that if you run the ball well they’ll go with an extra guy down and take care of the run game. If you’re throwing the ball and spreading them out they try to match up with the receivers. They play extremely hard and chase the football real well. They have good athletes on the defensive side of the ball that will come downhill. I have a lot of respect for them. Offensively I always think they have good linemen, and you can be a dangerous team if you can have that. I think they mix it up like we do, try to have balance like we do."

*** Will redshirt freshman Jared Barnett see significant time at quarterback for the Cyclones? Let’s take it a step further. Who will start the game at quarterback for Iowa State? The smart money is still on junior Steele Jantz being the guy, but Rhoads left the door open for Barnett to be the guy. Stay tuned.

*** In Iowa State’s losses to Baylor and Missouri, those two teams combined to rack up a total of 70 first downs compared to 34 by the Cyclones. Iowa State’s defense forced five turnovers in those two games, but the offense has done little to capitalize. Nobody is expecting the offense to score a touchdown every time that it gets the ball, but a consistent drive that works some time off of the clock every now and then wouldn’t hurt.

*** Iowa State’s defense isn’t faultless in the three game losing streak. The Cyclones have given up 1,186 yards in their last two games. Rhoads noted poor tackling and gap containment as a major issue earlier this week. Iowa State is currently ranked 110th nationally against the run.

*** Can the Cyclones find a way to get Darius Reynolds involved on Saturday? Iowa State’s best receiver only caught two passes in last week’s loss.

*** How healthy is linebacker Jake Knott? The junior was a shell of himself last week, fighting a shoulder injury that he suffered vs. Baylor. For more on Knott’s health and that of quarterback Steele Jantz, CLICK HERE to view the Iowa Clinic’s weekly "Doc Spot."

Quarterback Ryan Tannehill threw for 415 yards and six touchdowns in impressive 55-28 victory. His favorite target was wide receiver Ryan Swope, who was the Big’s Player of the Week according to Rivals.com.

"It’s a real special combination," said Sherman of the Tannehill to Swope connection.

The Aggies are far from being a one-dimensional football team. If it isn’t Tannehill to Swope or Jeff Fuller, Texas A&M is stacked with two of the best running backs in the league in Cyrus Gray and Christine Michael.

“They both have speed and the ability to make you miss," said Rhoads. "They are comparable backs. They are very dangerous football players.”

Michael has accounted for 565 rushing yards on the season with seven touchdowns. Gray’s numbers are nearly identical at 521 and seven.

“I think that Coach Sherman does a fantastic job of calling a game and setting things up," said Rhoads. "Letting his plan take its course through what you put out there as a defensive football team. Tannehill is a great player. He can do it with his arm or his legs. I think he is a really intelligent football player. He understands the game. He understands his weaknesses and strengths and he is able to execute with that in mind.”

Stats can sometimes be deceiving. I think that’s the case with Texas A&M at least.

The Aggies are the nation’s fifth ranked defense against the run, giving up just over 72 rushing yards per game this season.

Texas A&M’s pass defense is another story. The Aggies are currently giving up an average of 361.33 passing yards per game, which ranks them DEAD LAST in college football.

Now note that five of A&M’s six opponents have been against pass happy programs like SMU, Oklahoma State, Arkansas, Texas Tech and Baylor.

Here’s what’s scary for Iowa State. Texas A&M leads the nation in sacks, averaging 4.33 per game. Junior defensive end Sean Porter has led the way, averaging 1.25 per game by himself. To put that number in perspective, Iowa State as a team is only averaging 1.33 sacks per game.

As I wrote earlier, I fully expect Iowa State to come out and give a better effort than last week’s drubbing in Columbia.

I view this one a lot like I did the Baylor game though. I just have a really hard time believing that under any scenario, this Iowa State offense can keep up in an arms race with the Aggies, who are averaging over 41 points per game.

The upsets over Nebraska and Texas the last two years were program changers. The problem is, this year’s week seven opponent is a lot better than either one of the previous two. 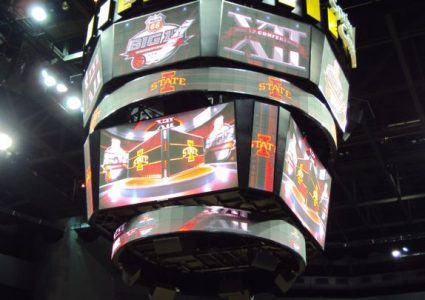 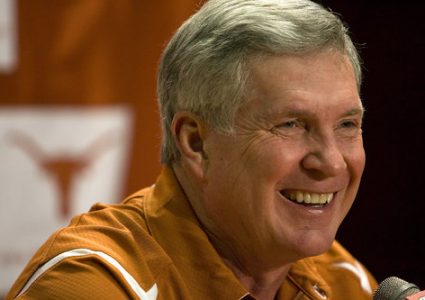