Marcus Bell, a 6-foot-8, 230-pound California native, averaged 16 points and 13 rebounds per game for Lower Columbia College during the 2009-10 season. As a freshman, Bell was named the Northwest Athletic Association of Community College’s Western Division MVP.

It was at that time that Bell decided he needed to make a change.

“I didn’t really get along with the coach,” Bell told CycloneFanatic.com.

From there, Bell transferred to Modesto Junior College, where he had to redshirt last season for academic purposes.

“At Lower Columbia, we went by quarters,” Bell said. “At the place that I transferred to, we went by semesters. I was short a couple of credits so I couldn’t play.”

“I redshirted a year and got bigger, faster and stronger.”

Now, Bell is in Marshalltown where he’ll play his sophomore season under Brynjar Brynjarsson.

“He’s cool. I like him a lot,” Bell said of Abdelmassih. “He’s fun to talk to. He has a personality. Most of the other coaches are quiet. Matt will talk about off the court stuff as well. I like him.”

Bell would be a member of college basketball’s recruiting class of 2012.

Bell claims that he is also being recruited by the likes of Cal State Fullerton and Santa Clara. However, Bell it doesn’t sound as if he wants to go back to the state of California any time soon.

“I want to go somewhere else and do my own thing,” Bell said.

Bell also said that Oklahoma has recently been sending him letters.

“I was thinking about making a decision after my season,” said Bell.

CycloneFanatic.com will continue to keep you updated on this developing story. 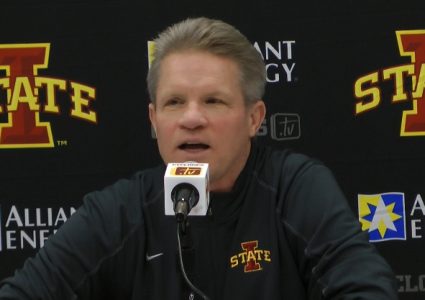