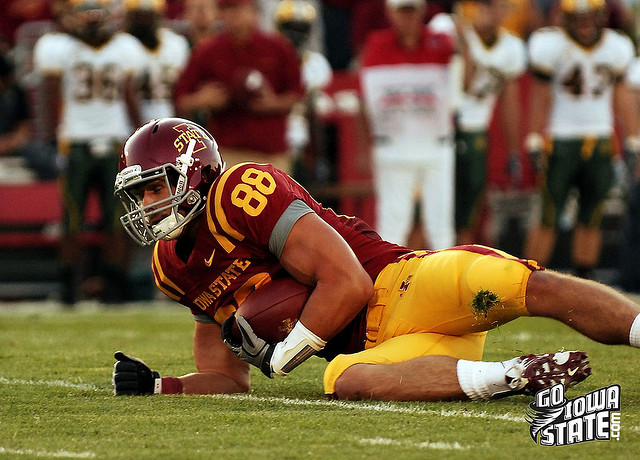 We’re 113 days away from kickoff fanatics. Don’t get too excited…

Today’s question: If you could draft one senior from Iowa State’s football senior class of 2010 to play on next year’s team, who would you choose? The point here to no go on talent alone. Look at Iowa State’s roster. Study where the Cyclones will be weak at in 2011 and factor all of that in before submitting your answer.

– QB, Austen Arnaud – Iowa State’s leading passer (1,703 yards) and second leading rusher (404 yards) from a season ago. He’ll statistically go down as one of the best signal callers in the history of Cyclone football and only one of three to lead his team to a bowl victory. Paul Rhoads has been very vocal about a four-man quarterback competition heading into fall camp. Are you comfortable with that, or would you rather have Arnaud back in the mix?

– RB, Alexander Robinson – A-Rob has been Iowa State’s consistent offensive threat for the past three seasons. Robinson ran for 995 yards and nine touchdowns during his senior campaign. A group of  youngsters will have its time to shine in 2011, led by true sophomore Shontrelle Johnson. Would A-Rob be your pick, or are you happy taking your chances with Johnson, Jeff Woody, James White and Duran Hollis?

– TE, Collin Franklin – This smooth tight end led Iowa State in receiving last year with 54 receptions, 530 yards and three touchdowns. Franklin’s backup in 2010, Kurt Hammerschmidt, had five catches for 36 yards and a touchdown last season. A stud tight end like Franklin sure would be a nice weapon to have while breaking in a first year starting quarterback…

– WR, Jake Williams – "The Snake" led all Cyclones with four touchdown receptions in 2010. Wide receiver is one of Iowa State’s big question marks as we approach August.

– OL, Ben Lamaak – Lamaak has been the anchor of Iowa State’s line for the past two seasons. He graded out better than any other lineman in 2010 and despite not being drafted, will likely end up in an NFL camp later this summer. By all reports, Iowa State’s line will be very good in 2011. But with Lamaak back for another year, it could be great.

– S, David Sims – The Big 12’s 2009 Defensive Newcomer of the Year struggled early in 2010, but ended the year with 96 tackles and an interception. Looking ahead to 2011, the Cyclones lack depth at this position. How about a little extra help from a true playmaker on the defensive side of the football?

– DE, Rashawn Parker – His senior season was disappointing, as Parker only recorded 30 tackles, with three of them being for a loss. But Iowa State is constantly looking for more depth on the defensive line. Would you choose Parker because of that alone?

Five most indispensable Cyclones for 2010 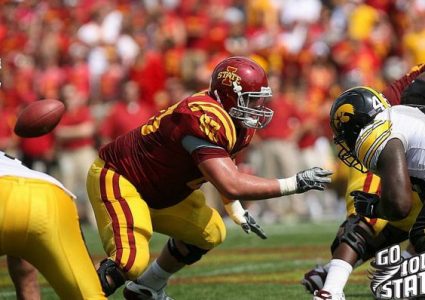