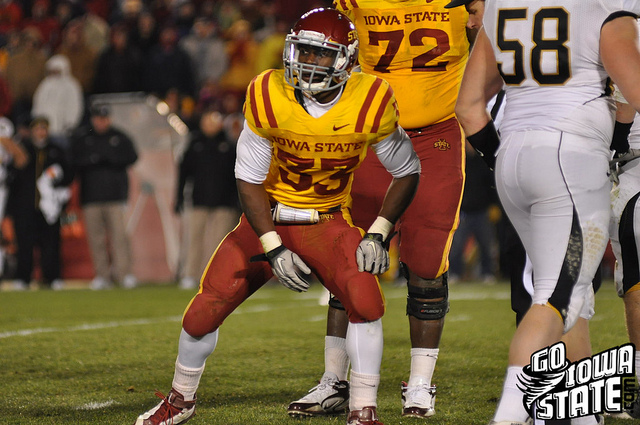 Speed. That’s what former Cyclone running back Alexander Robinson needs to show during Tuesday’s Pro Day that will be held at Iowa State.

“A lot of people are interested in what I will run 40-wise,” Robinson recently told CycloneFanatic.com. “That was the biggest thing that I’ve worked on, along with my strength and other things. I think that the speed aspect was most important for me.”

Robinson’s goal is to record a 40-yard dash time in the mid to low 4.4’s at Pro Day. Since he began training for the draft, the best 40-time that Robinson has clocked is a 4.48.

“I’m just trying to get that down as much as I can,” Robinson said. “The biggest thing for me is running a good 40 time.”

Robinson began his Pro Day training in San Diego where believe it or not, he was a roommate to former Iowa Hawkeye safety Tyler Sash. From there, he went home to Minnesota for few weeks. He concluded his training in Ames, with former Cyclone teammates.

“It has been really different from the college scene because at this point, the most important thing you have is your body," Robinson said. "You want to take care of your body as much as you can. You just want to push each other. You don’t have a position coach pushing you or a strength coach pushing you. Now, you’re pushing yourself. The best thing is that we’ve worked out with each other for five years. We push each other.”

Another thing that scouts will be looking at regarding Robinson is his weight. Where/how can he be used in the NFL?

“A lot of scouts down there were curious as to where I thought I could play at,” Robinson said. “They were also curious about where I could get my weight to.”

Robinson believes that he can eventually get his weight up to 195 or 200 pounds. He plans on weighing in at 190 on Tuesday.

Robinson ran for 3,309 yards and 27 touchdowns during his career at Iowa State. 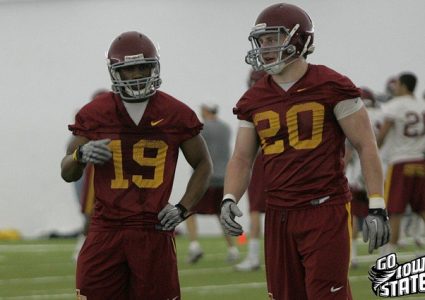 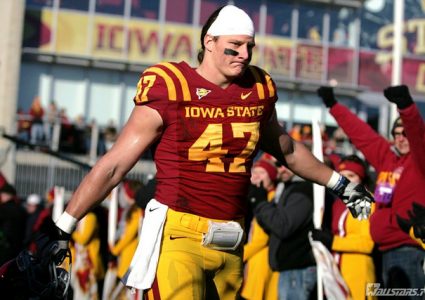