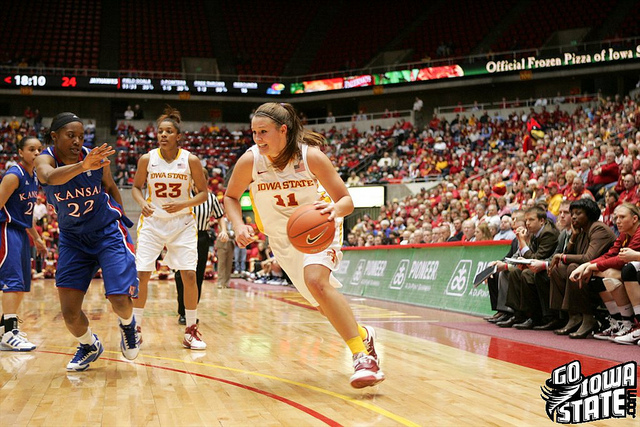 CycloneFanatic.com’s coverage of women’s basketball is brought to you by our friends at Wilson Toyota, located at 2212 S. Duff Ave. in Ames.

A last ditch effort by the Cyclones to extend their season fell short on Saturday as the Iowa State women’s basketball team fell to Marist, 74-64, in the first round of the NCAA Tournament.

After trailing by as many as 20 points in the first half, the Cyclones did their best to comeback after the break.

Anna Prins’ 3-pointer late in the second half cut the Iowa State deficit to 60-54. That’s as close as the Cyclones would get. The Red Foxes sealed the game at the free-throw line to advance.

The loss ends Iowa State’s season with a record of 22-11. The Cyclones made the NCAA Tournament for the fifth-straight year and also won 20 or games for the fifth time in a row.

Prins finished with a career-high 25 points and grabbed 11 rebounds. Kelsey Bolte – playing in her last game for Iowa State – scored 18 points on 6-of-20 shooting. No other Cyclone scored in double figures.