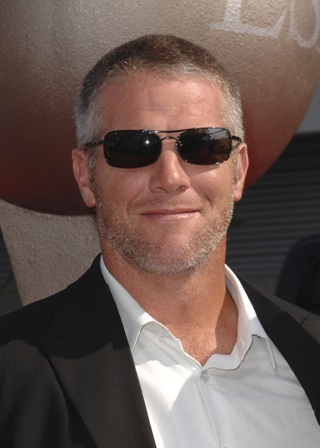 Happy Wednesday Cyclone fanatics. I apologize for not delivering a mailbag last week. Things got kind of nuts with men’s basketball media day and other obligations. Just a quick site note before I get started. Courtesy of our good friends at Wilson Toyota in Ames, I’ll be heading to Kansas City for the Big 12 men’s basketball media day tomorrow so look forward to a lot of conference hoops content on the site here over the next few days. It will be a nice break from football for everybody I assume. Let’s get this week’s mailbag started with a note from CDN_Tailgater.

CDN_Tailgater writes: With all the talk of game times? How come ISU always picks 1pm for non-televised games? If its not televised do we not have the choice to select the game time? I see Texas Tech announced 2 upcoming games that won’t be televised and selected 2:30 & 2:00 for kickoffs. Why not try a 3pm kickoff?

CW: As far as I know, yes, if the game isn’t televised, the home team gets to pick when the game will kickoff. Why not try a 3 p.m. kick? I have no idea. I’m sure that Jamie Pollard and his staff know a lot more about this topic than any of us do.

I really do not understand why kick times are such a big deal to Iowa State’s fan base. Maybe this isn’t just an Iowa State thing. Maybe this is a nationwide thing that fans complain about on a weekly basis. I have no clue. I just work with Cyclone fans on a daily basis and see how passionate they are about kick times. I’m not saying that it is right or wrong. I just don’t understand it.

As a member of the media, I hate night games. By the time I drive down to Des Moines, do Cyclone Reaction and drive back to my home in Ames, it is generally well after midnight. At that point, I have all of my Cyclone Fanatic work to do. Getting to bed before 4 a.m. (Sunday) is a minor victory for me after a night game. I’m not complaining though. I do what I love for a living and am very fortunate.

The fan in me LOVES watching the Clones (or any other team) play under the lights. Night games feel more like an event to me. It is an all day thing. I used to wake up, make a big breakfast while watching Game Day, start the tailgate at about 10, migrate to the lots at noon and away we went.

I understand that people have a lot going on in their lives other than football and I totally respect that fact. But Iowa State only has seven home football games this year. We wait and wait and wait all year long for football season to come around. Now that it here, kick times are this HUGE deal. I just don’t get it.

CP 44 writes: There has been some discussion on how good this year’s recruiting class is…. What’s your personal opinion?

CW: I don’t see any reason that anybody can look at this year’s class and say it is bad. Really, it is hard for me to sit here and say that it is good too. We have no idea. I haven’t seen any of those kids play so it is tough for me judge.

Here’s a fact about Iowa State football recruiting. No matter who the Cyclones get (think realistically here), Iowa State will just about always rank anywhere from ninth to 12th in the league by Rivals and Scout. That’s the way it has been since I started covering the program back in 2004 at least.

As far as this year’s class goes, Iowa State has 13 known commitments at this time. That’s a good sign in my opinion. Most of those guys committed early. They don’t have a ton of good offers but because they were targeted and offered by Iowa State that early on, it usually means that they were “A” options for the coaching staff.

CLICK HERE to check out Iowa State’s football recruiting database over at CycloneReport.com.

I know that we would all like to see some more defensive linemen on the list. There are plenty of known offers out to some junior college guys. Cross your fingers and hope that a few of them come through for Iowa State.

Azn4cy writes: Assume Brett Favre sends you nude pics of himself. Are you flattered or disgusted?

CW: Okay…Let me turn this around on you Azn4cy. What would YOU think if a famous NFL quarterback, tabbed as “the ole gunslinger,” sent nude pictures of himself to you? Would you think that is cool? Would you enjoy that?

I’m a Vikings fan and I would be utterly disgusted if the “ole gunslinger” did such a thing to me.

The “ole gunslinger” needs to keep himself, to himself. GeronimusClone writes: Give me your best chili recipe.

CW: Okay so the basics in chili would include the tomato stuff, hamburger, beans and that’s about it right? The next thing that I would add is some chili powder. After that, I’d probably add a little bit more chili powder. I’d then chop up a red pepper and throw that into the mix. Then I’d add some Creole. Then I’d go with some more chili powder. And finally, I’d add some more Creole. Get it? Daddy likes his chili spicy. By the time I am done with a bowl of chili, I better be sweating. You dig?

Clones21 writes: I know during home football games you sit in the press box and can’t cheer. How hard is it not to cheer when the Clones are playing well? Have you almost yelled or jumped out of your seat up there?

CW: To be honest with you, it isn’t hard at all. I realize that I run a website called “Cyclone Fanatic” and my job technically isn’t to be Mr. Objectivity, but I still try to be as professional as possible with this thing. I love my job. But still, it is a job. If I was hopping around in the press box, while hooting and hollering every time that Iowa State scores a touchdown, trust me, I wouldn’t be in that press box for very much longer. Tom Kroeschell would eat me for lunch.

Chuckd4735 writes: Out of the upcoming Texas game, and the last 2 games, which one will be the most competitive and why?

CW: It has to be Saturday’s game with Texas right? Can it really get any worse than what we’ve seen the last two weeks?

Wesley writes: Why can’t we get the ball to "Money" more often as he looks improved?

CW: Why can’t Iowa State get the ball to anybody Wesley? I don’t think that this problem can be solved as easily as throwing the ball to Darius Reynolds.

Which radio station do you listen to?

CW: 1460 KXNO is my AM station. I’m awfully fond of 97.3 The Hawk on the FM dial. I love me some country music. I always have my I-Pod with me though. Of course, I tune into the CycloneFanatic.com podcast that you can find in the I’Tunes store by searching "Cyclone Fanatic" as well. Shameless plug. Just downright shameless.

Do you make tacos at home or do you always order out to Es Tas?

CW: I try to eat at Es Tas at least three times a week. That place seriously has the best tacos in the world. That isn’t a statement that I would just throw out onto the World Wide Web lightly.

Knownothing writes: Why can’t we use one of our 2nd team offensive lineman for a defensive nose guard? Our guys are getting pushed all over the place because of there size.

CW: It is really weird that you asked this question as I posed it to one of my friends the other day. I’m sure that it isn’t as easy as just doing this on the spot, but if it is so hard to recruit defensive linemen, why not make one of the big dogs play on that side of the ball? Think about how much space Kelechi Osemele would take up in the middle on defense? That’s just one example. But this is an interesting question. I’m not sure that I’ll be able to get anybody on the record on this but I’ll try to dig up some information. This is a good question for Ben Bruns.

Brother bob writes: This is my question:

Is NOW the time to stop all our complaining and start supporting this coaching staff and this team as fans no matter what happens?

This is my rant:

What I mean is that we, as fans, need to man (or woman for those who are politically correct) up, and be more supportive fans than ever? I for one am a huge believer in this staff and what they are doing with this team. Keep the faith and cheer long and hard for this team and good things will come from it…believe in Coach Rhoads, his staff and players and above all don’t quit! I saw/heard enough of that at the Utah game when I and only a few in the section that we were sitting supported these young men at half time/end of the game even with all the disparity. Believe it or not a lot of people I know who claim to be Cyclone fans have already thrown in the towel on this season and that to me is really really sad.

CW: Brother bob….As much as I would like to add to your rant, I really can’t. Well put my friend.

Psyclone Brian writes: When will Mr. Bruns be named our new AD?

CW: HAHAHA. Good stuff Brian. I’m not sure that Mr. Bruns is interested. I don’t think that Jamie is going anywhere either. I’ll ask Ben if he would be interested in the future and will get back to you on that.

Thanks for the great questions fanatics. Have a great day!