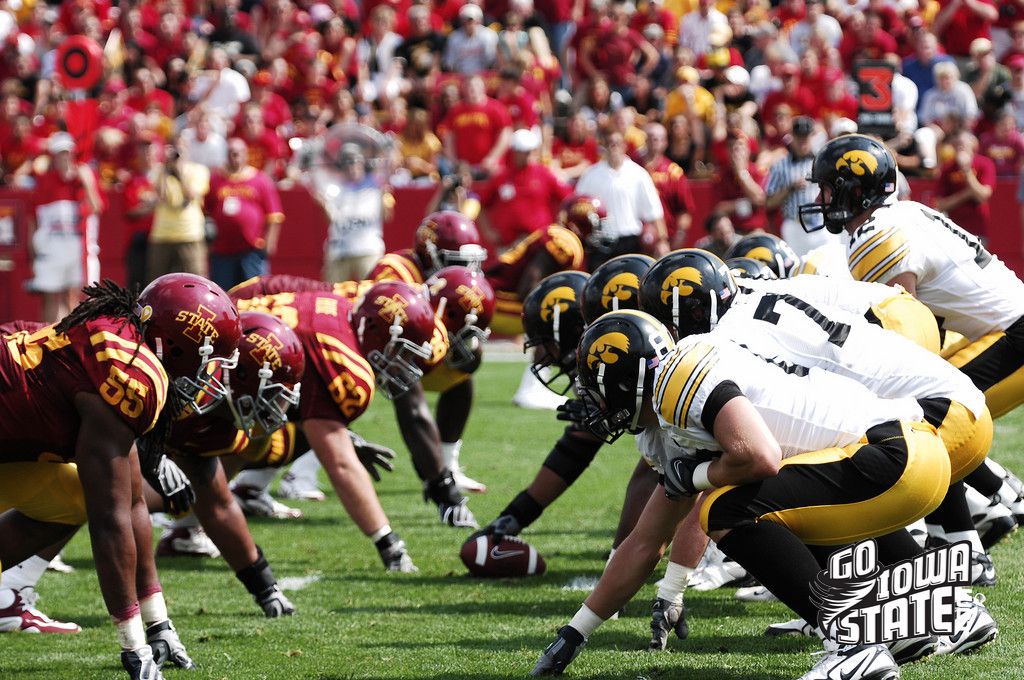 I think that after Saturday, we all know two things for sure about the Big 12 North.

1)   Nebraska is the class of the field.

2)   Kansas is terrible. I’m talking really, really terrible. Not bad. Like, just awful. Okay, maybe I took that a little too far.

The Huskers beat Western Kentucky 49-10 (which really means nothing) and Kansas was shocked by North Dakota State (same team ISU beat in 2009 opener) 6-3 in Turner Gill’s debut as the Jayhawk head coach.

This goes back to what I’ve been saying all summer long. Kansas is possibly the most overrated football team in America. Remember, this is the same football team that theSporting News ranked number 31 in the country in their preseason poll. I watched the second half of that game online. The Jayhawks have a lot of problems, but two of them really stood out to me. Their offensive line is a mess and they don’t have a quarterback. That’s an ugly combination. For the record, Cale Pick and Jordan Webb both played minutes for Kansas in the loss. Neither quarterback was very effective.

Of all the games I watched on Saturday, no team impressed me more than Kansas State. Running back Daniel Thomas ran for 235 yards and two touchdowns in the Wildcats’ 31-22 win over UCLA.

Are the Bruins very good? That is doubtful. They had an awful fall camp with injuries and what not and that carried over on Saturday in Manhattan. I realize that. But even so, Kansas State’s 313 rushing yards really opened my eyes. In addition to Thomas, senior William Powell ran the ball six times for 73 yards, averaging a crazy 12.2 yards per carry.

That rushing attack especially concerns me when you match it up with Iowa State’s defense that lacks depth on the line and at linebacker.

I still very much believe that the Cyclones can beat Kansas State on Sept. 18, but I’m a heck of a lot more nervous about that date in Arrowhead than I was a week ago.

While I came away impressed after watching Kansas State, I felt the opposite about Missouri’s sluggish 23-13 win over their Big Ten rival Illinois.

Anyone who doesn’t consider Missouri’s trip to Jack Trice Stadium on Nov. 20 as a winnable game for Iowa State needs to reconsider that opinion right now, especially if the Tigers are going to play without standout running back Derrick Washington.

Missouri quarterback Blaine Gabbert was salty as usual while going 34-for-48 for 281 yards and two touchdowns but the Tigers struggled on the ground, rushing for only 98 yards on the day. Junior De’Vion Moore was Missouri’s featured back. Replacing Washington, he ran for 78 yards in the win.

Missouri was one-dimensional though. If it is a typical Nov. 20 game in Ames as far as the weather goes, that greatly favors Iowa State’s balanced offensive attack in the matchup.

So while I’m not nearly as confident heading into the Kansas State game for Iowa State, I’m that much more confident about the Cyclones’ late-season bash with Mizzou.

And last but not least, Colorado got 2010 off to a fine start on Saturday with a 24-3 win over their in-state rival, Colorado State. Still, Colorado’s offensive numbers were less than impressive. The Buffaloes only gained 307 total yards in the game. Quarterback Tyler Hansen went 17-for-25 on the day with 192 yards with two touchdowns and one interception. Running back Rodney Stewart only piled up 67 yards on 16 carries. The Buffs certainly didn’t set the world on fire, but they are 1-0, which is something they couldn’t say a season ago.

–       Nebraska’s box score from Saturday fascinates me. First things first, I think that Bo Pelini found his quarterback. Taylor Martinez passed for 136 yards while running for 127 more in his first start at Nebraska. He also ran for three touchdowns in the game. Cody Green was the second Husker quarterback off the bench. He went 5-for-6 for 66 yards and a touchdown. Third-string quarterback Zac Lee was 3-for-4, for 45 yards. After comparing all of those stats, can Pelini really call this a “quarterback competition” heading into next week? I don’t think so.

–       More on Nebraska for a moment. The Huskers don’t appear to have a full-time first string running back either. Rex Burkhead and Roy Helu both only had five carries in the game and Burkhead was clearly the more effective of the two. Burkhead tallied 58 yards and a touchdown in the contest, while Helu collected only 29.

CHECKING IN ON THE BIG 12 SOUTH

I feel better about Iowa State’s trips to Norman and Austin after today. Do I think that the Cyclones will upset Oklahoma or Texas this season? Absolutely not. However, both teams showed that they are beatable on  Saturday.

I’ll start with Texas, who had a tough time putting away Rice, winning 34-17 on Saturday.

Young Longhorn quarterback Garrett Gilbert had a slow first day on the job as his team’s starter. Gilbert went 14-for-23 and 172 yards in the win. Texas tried out a pair of running back in Tre’ Newton and Cody Johnson, who posted nearly identical stats in the game as far as yardage goes. Newton ran the ball 18 times for 61 yards, while Johnson went for 15 and 58. However, Newton got the ball in the end zone three times.

Enough about the offense though. Texas’ defense held the Owls to only 220 yards in the game. Rice turned the ball over twice in the game.

And what can a guy say about Oklahoma? Well, they are officially terrible in season openers and important bowl games. The Sooners survived to beat lowly Utah State at home on Saturday night by a 31-24 final. I could dive into stats but really, what’s the point? What matters is that if Utah State can play within a touchdown of Oklahoma at home, then so can Iowa State. The same goes with Rice and Texas.