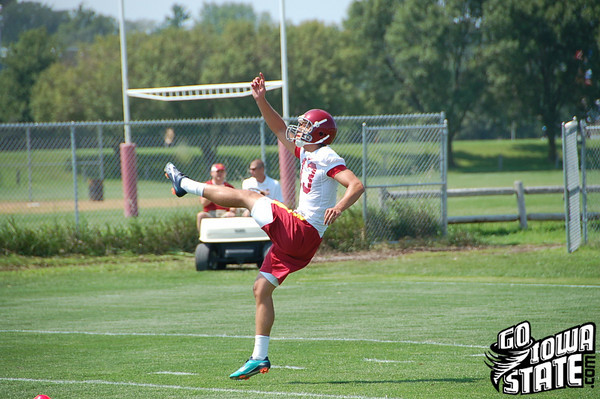 Who will replace Mike Brandtner and be Iowa State’s punter in 2010?

My money is on freshman Kirby Van Der Kamp but it won’t be easy. This West Des Moines Valley rookie looked sharp in his first workout yesterday, booming consecutive 50-plus yard punts to start things off. Iowa State head coach Paul Rhoads even commented on it after practice to the media.

Still, there is more to punting than kicking without pads on an intramural soccer field. How will Van Der Kamp react to a full Big 12 stadium?

“I am definitely nervous,” Van Der Kamp told me on media day. “I’ve never been in this situation. Growing up in Valley, you see some big crowds, but nothing as big as this.”

Either Van Der Kamp or senior Daniel Kuehl will have some big shoes to fill, replacing Brandtner, who was one of the best in the Big 12 a season ago. Iowa State actually ended 2009 ranked 12th nationally in net punting.

Brantner used to refer to Jack Trice Stadium as the “wind tunnel.” Van Der Kamp has heard the stories.

“Growing up in Iowa, it has always been a windy state. You get used to that. I have never punted in here but they say that the wind just swirls,” Van Der Kamp said. “Your drop doesn’t move as much because you are down low. But once it gets in the air, anything can happen at that point.”

Here’s a little more punting knowledge for you. Van Der Kamp says that the longest hang time he’s ever recorded is 5.1 seconds. Iowa State expects him to hit 4.5 consistently.

Don’t sleep on this position battle this summer. It might not be the most glamorous one out there, but it could end up being the most important of them all. 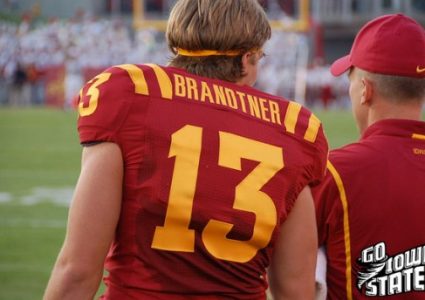 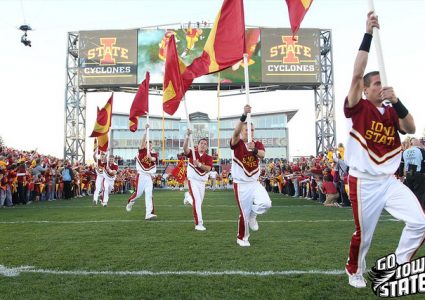 How a bowled in JTS will affect recruiting & wind conditions 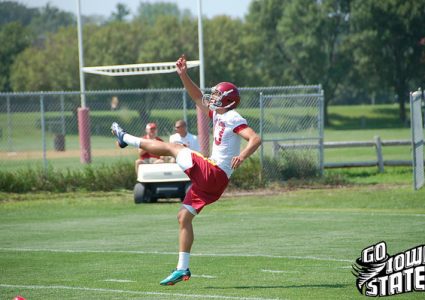