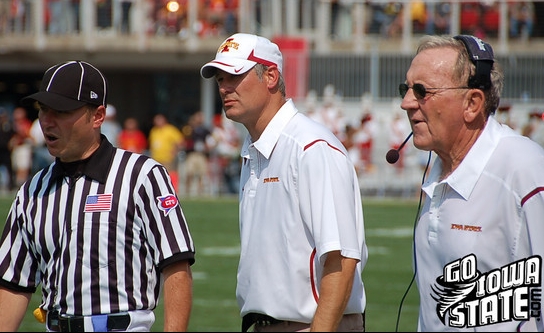 On Iowa State  “Iowa State, I think they are leading the league in rushing. I know they were way up there when I checked a week ago. A big read zone team. Obviously, they are playing two quarterbacks. They’ve got a big guy on the perimeter that makes plays for them. Defensively, they’re somewhat similar to what they were last year, even though it’s a different coaching staff. They’ve done a good job of keeping things in front of them and tackling in space. They’ve had some junior college players come in and contribute to their success. So we’re back at it this week and our challenge will be a good week of practice and preparation and travel up there and have a good game on Saturday.”

On Iowa State playing hard to earn bowl eligibility  “I don’t think there’s any question they’re going to be ready to play and they’re an improved football team. They’re playing much better this year. They’ve got guys that are making plays on both sides of the ball. I would think their approach would be very similar to ours. They’re going to practice hard and try to come out and play and that’s the good thing about college football. That’s going to happen. What motivates teams? I’m not sure. I just know that in order to play the game for the right reasons, you’ve got to practice each day and prepare and go play hard. That’s why we do this. No matter how many wins or losses you have, you need to compete every Saturday.”

On figuring out the Big 12 North “I’m not sure I can figure anybody out. College football has changed in the last couple years and I think it’s great for the fans and everybody and it’s tough on the coaches because there’s so much parity out there that you have to really work hard to keep your players focused and in preparation for the next game. We’ve seen a lot of cross over tape and teams seem to play different each week.”

On the Texas game  “To finish up on the Texas game, it was pretty accurate in the postgame that, obviously if we turn the ball over that many times then it’s extremely difficult to win, much less against a team of the caliber of Texas. Defensively, they have great speed in the secondary. They run very well. They tackle very well. Offensively, they’ve got guys that can get the ball to on the perimeter and keep you spread out. The quarterback’s very mature. He’s got a lot of experience. He’s a good football player. They are very good in the kicking game with their speed. Give them credit. They made plays. Their coaches made good decisions. They had good game plans. We’ve put that one behind us now.”

On Kendall Hunter  “We expect him to practice this week and move forward. Essentially it’s the same thing he’s done the last few weeks. When he went into the game, he felt okay. He didn’t feel great, so we weren’t comfortable in putting him back out there and that’s why he didn’t get back out there in the Texas game. Plans from that standpoint will be to continue and move forward and hopefully we’ll get him for some more plays this week.” 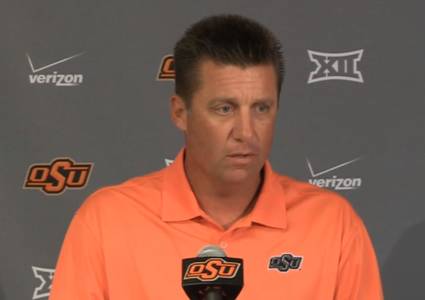 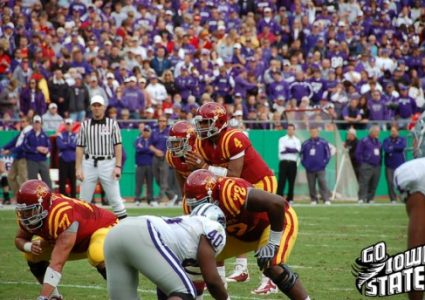