Here are some of the comments Pelini made that concern this weekend’s game against the Cyclones.

“He’s a good player. They’re running a different offense than they did a year ago for the most part. He does some good things. He can run, he throws, he makes pretty good decisions. I think they’re playing to his strengths. They do a good job.”

On how close Cody Green is to taking the starting spot

“There are a lot of if, ands, or buts. You watch the film and you evaluate and you play the guy that’s ready to win football games for you. There is a lot of things that play into that. I’ll expand on that more if you guys want me to. To me it’s pretty cut and dried. You evaluate all their snaps. You evaluate what they’re doing. Somebody has to execute and do the things necessary all the time to win football games for you. It’s real easy to magnify the quarterback position, but there are a number of times it’s not the quarterback position, it’s what’s happening around him. Unfortunately, it sometimes always falls on him. As a quarterback, when you evaluate the quarterback position like any other position, you have to evaluate what they’re doing in the given situations and give a fair assessment of what’s going on and who’s prepared. That goes not only in games, but in practice and who’s doing the things necessary to have consistent execution.”

“I recall the Iowa State game from a year ago. They’ve changed offensively. They’re a lot more spread out, I can say that. I think they’re playing harder. Right now they are a lot better football team then they were a year ago. Obviously, that has to be attributed to Paul (Rhoads) and his staff. They’re doing a good job.”

“I have input in everybody that walks onto the field, but obviously I lean heavily on Wats. He’s the guy who coaches him and he has a heckuva lot more experience in that area than I do. I have total and the utmost trust in his evaluation and his decision-making ability.”

“Yeah, but I don’t really concern myself with that. You can’t. That’s why I say you have to remain consistent in your approach and not get influenced by all those things. I have the realization that, I think I said this earlier, it’s never as good as people think and it’s never as bad as people think either. It usually lies somewhere in between and it’s our job to make that evaluation regardless of what’s going on. I’m going to come to work whether we win by 21 or we lose by 21. It’s not going to change my approach in what I exactly do the next day and how I address what happened in the latest game. It’s definitely not going to change our approach with what you have to do, because there are always things you have to get better at. There are things you have to fix regardless of what the perception is on the outside.” 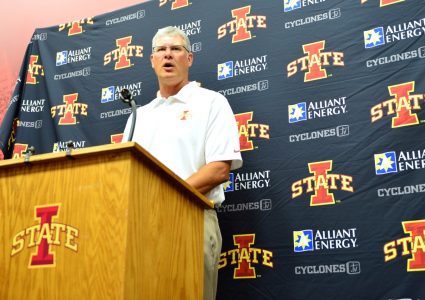