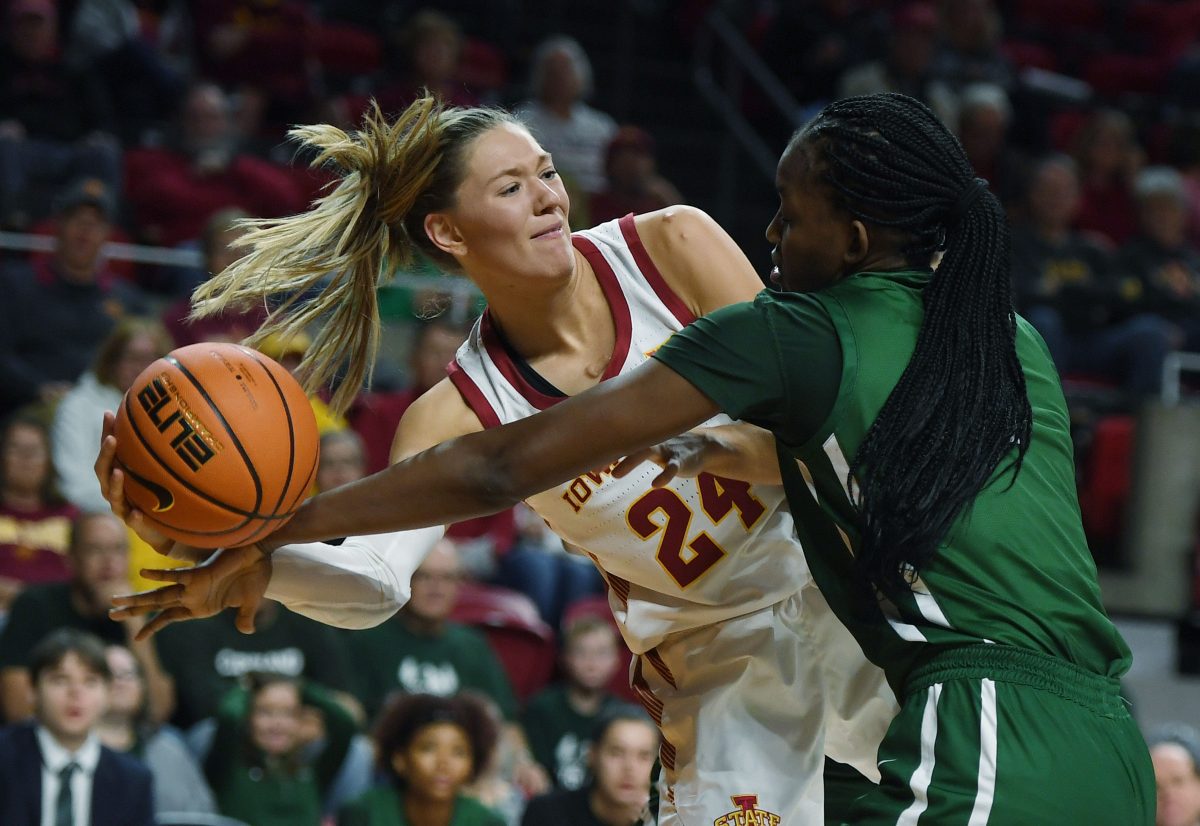 The Cyclones opened the season with a win over Cleveland State, but will see a different style of basketball against Southern (6:30 p.m. ESPN+).

Southern plays a faster style of basketball and in turn, runs a lot of players out on the court.

The Jaguars saw 13 different players appear in their game against Iowa, which was only a five-point game after the first quarter.

Point guard Emily Ryan, along with Lexi Donarski and Ashley Joens, are used to playing nearly the entirety of games – especially after injuries hindered the roster in the middle of non-conference play a season ago.

That depth issue shouldn’t be a problem this season, though, and the goal here for the Cyclones comes in handling Southern and putting the game out of reach early.

“They play fast and they’re really athletic,” Ryan said. “So we’ve got to come ready and prepare with our scout today. Coming off of a game we just played against Cleveland State, it will be a different style defensively for them. It will be good for us to see different styles in defense early in the season.”

The other characteristic that comes with an opponent that plays a deep roster is the tenacity that it allows them to play with.

Southern is well-versed in pressuring offenses and on-ball defending.

“It’s more pressure defense that we didn’t see the other night,” Fennelly said. “Can we handle the ball? We can’t turn the ball over 17 times like we did the other night. That will be the point of emphasis in practice – handle the pressure.”

That’s where players like Denae Fritz will thrive on the defensive end, but Thursday will show how she and her teammates can handle it offensively.

It might seem like there’s plenty of roster continuity for Iowa State – and there is definitely some there – but with two of the five starters not playing for the team last season, it’s something that will be examined in the opening games.

How quickly teams can mesh into the non-conference season can speak wonders for a team.

“It’s really good preparation for teams that we’re going to see later this season,” Fritz said. “It’s never bad to get pressured by a team and see how we can handle the ball and everything like that.”

Fennelly, and the way his staff put together the schedule this season, just wants to see his squad against different types of teams.

Anything to throw an extra curve ball in to try and reverse the few losses his team saw last season. That comes into play even with teams that might be seen as ‘cupcakes.’

On the injury front, Fennelly said that Beatriz Jordao and Maggie Vick are still not available.

Vick is at least out of her cast after suffering a hand injury and Jordao has been working out some on a leg injury that has lingered.

The rest of the Cyclones are healthy and playing, looking for a 2-0 start to the season on Thursday night. 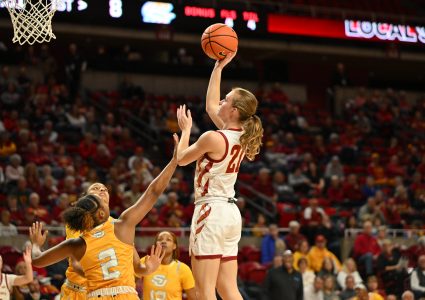