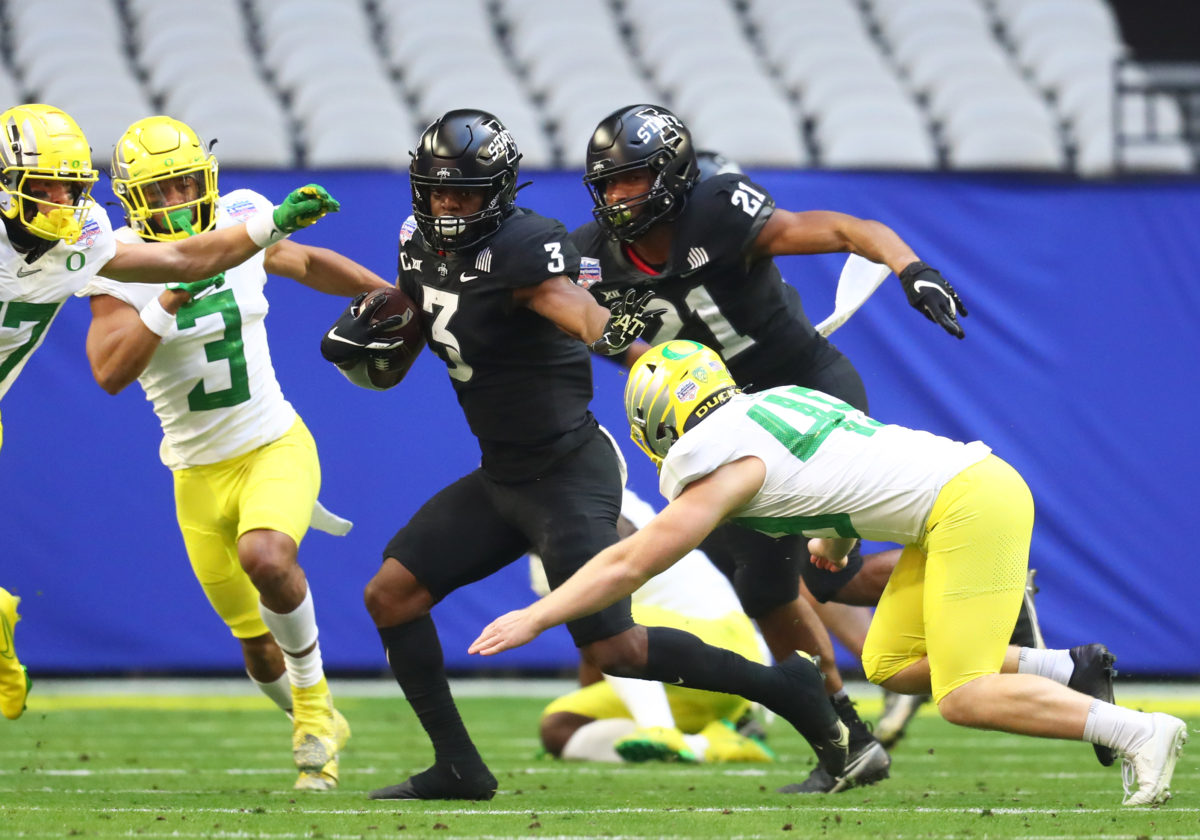 It did not take Kene Nwangwu long to make his mark on the NFL.

The greatest kick returner in the history of Iowa State football found professional paydirt for the first time on Sunday when he returned a kickoff 98 yards for a touchdown in the Minnesota Vikings’ game against the Baltimore Ravens.

Nwangwu spent the early portion of the season on the injured reserve then was activated by the Vikings a few weeks ago. This game has been his first major opportunity to see the field, make an impact for Minnesota and show off the blazing speed that made him lethal as a Cyclone.

While Nwangwu made a mark as a tailback at Iowa State, it was the kick return spot where he’ll be best remembered with several long returns in huge games that swung momentum the Cyclones’ way, including a long return in the Cyclones’ home win over Oklahoma in 2020.

Nwangwu finished his career at Iowa State’s all-time leader in kick return average at 26.8 yards per return. Here’s to hoping Kene can be finding the end zone for many years to come.