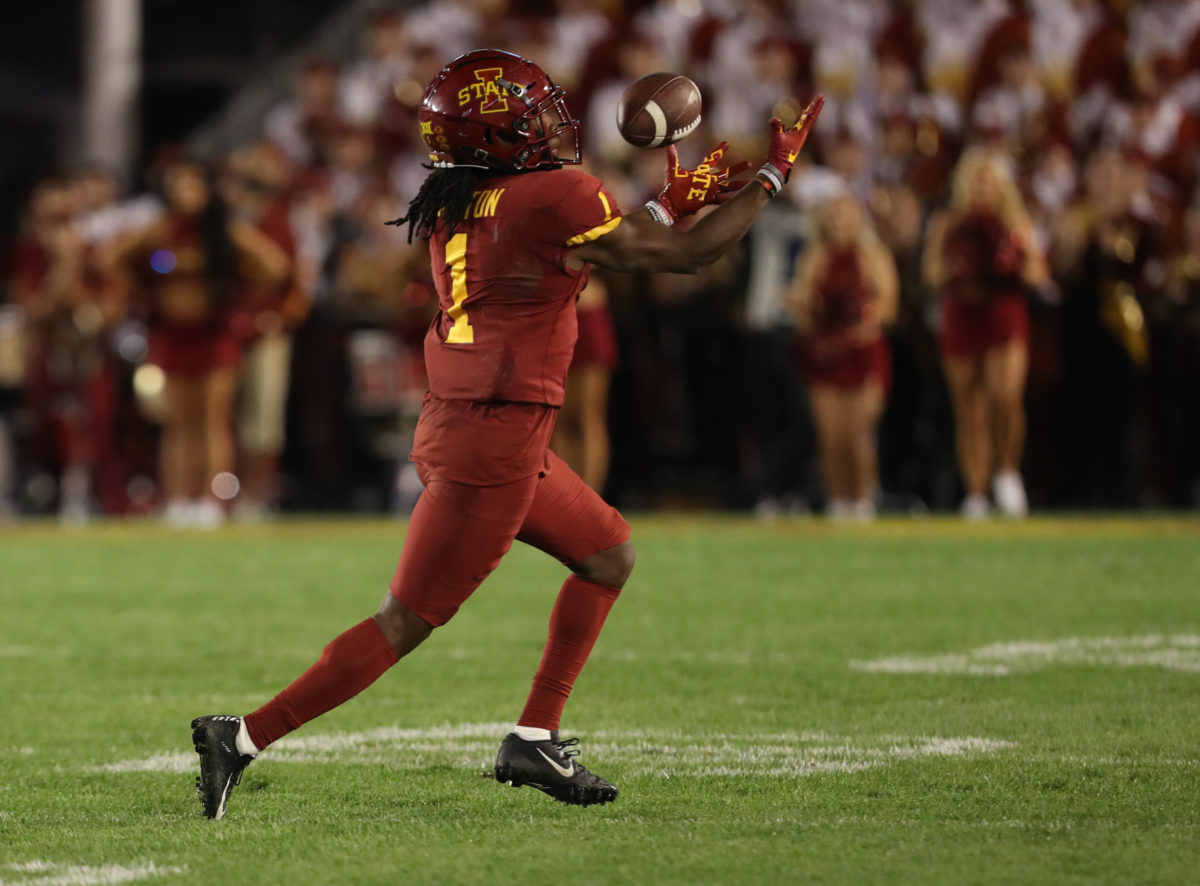 This piece is a continuation of our previews/reviews of Iowa State football media availabilities during fall camp 2021. You can read the preview piece from Wednesday right here.

1 – How do you replace Jaquan Bailey on the edge?

As we hear more and more about this group, the defensive end job opposite of Will McDonald is sounding more and more like Zach Petersen’s job to lose. That isn’t much of a surprise when you consider his wealth of experience, having appeared in 33 games as a Cyclone with 64 tackles, seven tackles for loss, three sacks and three forced fumbles to his credit so far.

“Zach Petersen is the same guy every day,” Rasheed said. “He’s the same guy. He’s a 280-pound guy now. He is a load. He is the enforcer in that group. You put him anywhere on the field. He’s going to create vertical knockback. Not just that, but there’s no nonsense with him. He don’t play. He don’t joke. It’s work. So he’s been a great model for our guys. Willing to come in every day to work, being the same guy on the field, not having a bad day and continue to get better. That’s what Zach Petersen does now. He’s an incredible kid.”

Petersen is also an intriguing piece for Iowa State’s defensive staff with his ability to play multiple positions, much like senior Enyi Uwazurike. Petersen is big and strong enough to fill nearly any role the staff asks him to take on, which should allow the staff further flexibility at that position with guys like Cordarrius Bailey and Corey Suttle pushing for playing time, as well.

“He can play both sides of it. You know he can be that end and we can play him at Leo if we get Will (McDonald) tired or anything,” Rasheed said. “Now again, you got Cordarrius Bailey and you got Corey Suttle there too. But if we want a guy to the field, man, that we want to create vertical knockback on a line of scrimmage put Zach Petersen over there. There’s no doubt.”

One quick thing before we move on, I want to tip my cap to Cordarrius Bailey. Not many guys on Iowa State’s roster have faced more adversity than Bailey, a redshirt senior with 15 game appearances primarily on special teams to his career credit, has after battling back from two major injuries to his Achilles.

The fact that young man is even still on the football team, let alone pushing to see the football field this season, is an accomplishment. It will be a phenomenal story if he’s able to carve out a role for himself during his fifth season with the program.

“For that kid to get himself back on the field and ready to go and full speed, man, I think he’s been better than he was when he was healthy,” Rasheed said. “It’s so tough for him because he’s a guy, man, football’s his love. He loves football. And when that was taken away from him, it was really tough for him and we had to really pay attention to how his demeanor was just mental health-wise. I can’t tell you about and talk about all the things he’s gone through, his ups and downs, to see him out there running around and doing great things, it’s been incredible for our program, man. He’s an incredible kid.”

2 – What’s the next step for Will McDonald?

McDonald’s development and progression remains a pretty simple thing to navigate at this point. We know how good he is at rushing passer, but what he’s able to do against the run will determine how impactful he can be as an every-down player for the Cyclones.

“He’s got to get his rep count to go up,” Rasheed said. “I think (Wednesday’s) practice versus Saturday’s practice, there’s a big improvement of Will and playing the run. Our offensive line is a physical group. Now, they’ll block us pretty physical and they won’t let our down three disrupt the running game. So we love that. Make it hard for us. But I thought today Will McDonald had a better day playing the run. We know who he is in the pass rush. But what’s going to happen on first down, can he can you stop the run? Man, he’s working at it.”

3 – Who steps up at the nose guard position?

This position seems to be shaking out just as one would expect.

Enyi Uwazurike remains the guy versatile enough to play basically every position along the Cyclones’ frontline. Isaiah Lee is back at full strength — and early returns show he’s in the best shape he’s been in at Iowa State.

“Isaiah Lee has done a great job managing his body over the summer and spring,” Rasheed said. “The one thing that he can give us is that he can give us power there. We just don’t know how long and I think he’s improved in that aspect where his stamina has gotten better where he can now and you know play a couple of series in a game and still be the same guy. Competition in the room all over the place.”

Meanwhile, JR Singleton and Howard Brown are youngsters pushing those veterans every day in practice. Rasheed seems especially impressed by the way Singleton approaches every phase of life besides just what he does on the football field.

“JR Singleton is a young kid and he’s he wants to play for our program,” Rasheed said. “So that competition there between Enyi and Isaiah and JR and Howard, man, they’re competing for that playing time and that’s what you want as a coach, that competition. JR is going to be a really good young player. He’s an intelligent kid off the field. Man, it means something for him to go into the study room and get better. And then he’s going to give you all that he has out here on the field and he’s going to walk off and he’s gonna go back and study. He’s going to do it all over again. 3.0 kid (in the classroom), man, beautiful family, beautiful kid. But the competition in that nose and outside of the nose position is pretty stout competition everywhere.”

1 – Can Breece Hall be even better?

The unfortunate thing with Scheelhaase coaching two positions is it prevents us from hitting everything we want to with each individual position group — and, frankly, Hall is pretty dang low on most people’s list of concerns with this team.

So, for that reason, we didn’t really talk about Breece’s work as a running back much, but Scheelhaase did mention the possibility of Hall sliding in at a different spot that needs filled — kick returner.

“Breece is hungry to do more. He’s hungry to learn more,” Scheelhaase said. “That’s something that he approached Coach Campbell with this offseason. That’s another way that he can help the football team. That’s what he’s looking to do. I don’t think we would put him as an up-back on a punt, you know, but I think to get the ball in his hands in the return game is a great opportunity for him to just display what he does best with the ball in his hands.”

I think even with the wealth of talent Iowa State has at the wide receiver position, Joe Scates remains the program’s best bet of becoming a truly reliable and consistent downfield threat.

We’ve seen Scates’ talent in flashes during his first two seasons on the field in Ames as he’s caught eight passes for 159 yards and three touchdowns, but all that’s really been is flashes. Can he become a guy who is a threat to score every time he’s on the football field on a week-by-week basis?

“The progress that (Scates) made last season, throughout the year, I was really excited about. I was really happy with it as the year went on,” Scheelhaase said. “And the other part, I would say is the offseason that he’s had, has made me really encouraged about the point that he’s at right now. I think he’s done a really good job of coming each day with a workman-like attitude. His demeanor has been great. He’s been locked into what we’re doing. You can see that. You can see that he’s older now. He’s more mature. He’s more experienced out there on the field. So I’m excited about where he’s at right now. I think we just got to keep going day after day, week after week.”

3 – What’s the impact of a healthy Tarique Milton?

Having Milton back at full strength certainly impacts the previous question, as well. There’s a reason he finished second in the Big 12 with 20.6 yards per catch in 2019.

Milton is unique with his ability to catch the ball and run in addition to just being a pure “go get the ball” deep threat kind of guy. Getting him back will be invaluable for this group as they look to find a true No. 2 alongside Xavier Hutchinson.

“What (Milton) brings to the table is a guy that can threaten people vertically,” Scheelhaase said. “He’s made a lot of plays for us in really multiple positions. Getting him back healthy is not only huge for our football team but just what he brings to the receiver room. There’s a whole lot of experience that he brings of just, man, seeing defenses and understanding how the game works.” 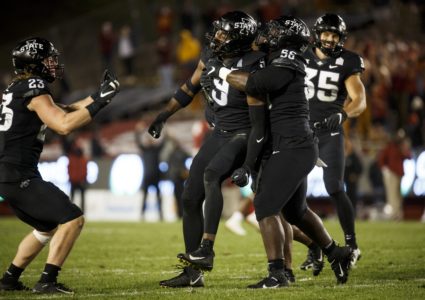 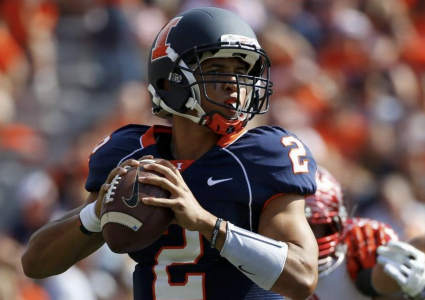 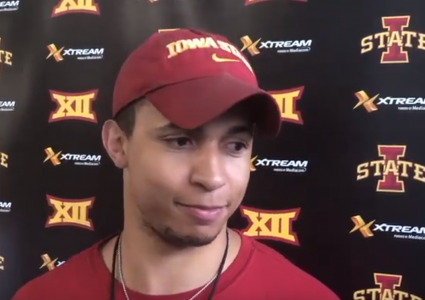